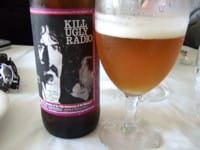 The two I tried I tried were an apple-flavoured white ale (witbier) called Ephémère from a Quebec brewery called Unibroue which was made in the Belgian style. The brewers suggest it with cheddar cheese, pork or onion soup but I found it went pretty well with a burrata salad with braised lobster mushrooms and haricot beans

The other was a wild and wacky double IPA (India Pale Ale) called Kill Ugly Radio released by Zappa fan Tony Magee of Lagunitas brewery in Petaluma, California to mark the 40th anniversary of Zappa’s album ‘Absolutely Free’. It’s a strong, rich-tasting brew that proved a great match for a comfort food dish of organic pork belly sandwich with cabbage slaw, summer vegetable salad and (to-die-for) garlic frites. I’d pair it with the Roast Pork Belly with black pudding in my new book Appetite for Ale too. 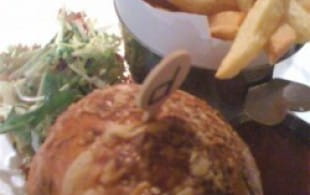 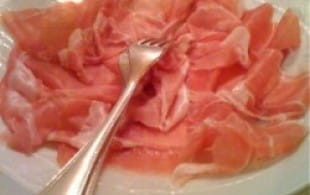