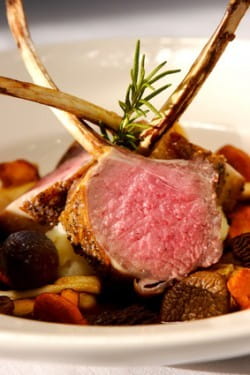 The wines were provided by the Union des Grands Crus de Bordeaux and included Lynch Bages Pauillac '96, Branaire-Ducru St-Julien ‘98 and Canon La Gaffelière St-Emilion 2001 all of which provided fascinatingly different pairings for the dish which was served medium-rare with broad bean and Jersey Royal crushed potatoes and a tomato and rosemary jus.

I personally thought the beautifully mellow, complex Lynch Bages was the best match with the relatively delicate flavours of the dish though the brighter, sweeter fruit of the La Gaffelière made an interesting counterpoint. Both it and the the Branaire-Ducru would probably have benefited from a dish with slightly more powerful seasoning though the herby note of the rosemary keyed into all three wines.

Of the other two courses I thought a dish of slightly oily hot-smoked sea trout failed to do justice to a sumptuous bottle of Chateau Latour Martillac Pessac-Léognan 2007 (a Riesling would have worked better, in my view but obviously this was a Bordeaux dinner) but the pairing of the 2002 Chateau Guiraud 2002 Sauternes with a lightly caramelised apple tarte tatin and honey clotted cream was spot on. 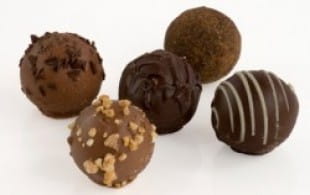 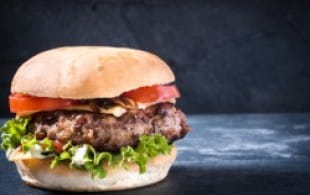 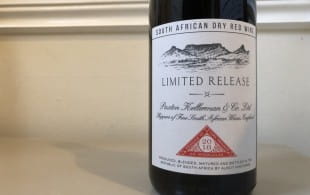