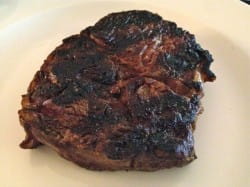 Steak and red wine sounds too obvious a pairing to highlight but sometimes it hits the spot so perfectly it’s worth being reminded there’s nothing better you can eat with a good bottle of Cabernet Sauvignon (unless you’re a vegetarian, obviously . . .)

The steak, I must confess, was at my son’s new restaurant Hawksmoor Air Street so you’ll have to take the praise with a pinch of salt but it was to my mind a perfectly cooked, heavily crusted ribeye - part of their lunchtime and early evening menu.

I chose to drink a glass of 2007 Hartenberg Estate Cabernet Sauvignon with it which struck me as interesting because it was a) 5 years old b) priced (at £9) more highly than the Bordeaux by the glass and was well rewarded by a beautifully smooth, plummy mature cabernet with none of the leafy character you sometimes come across in aged South African reds. According to the Hartenberg website their Cabernet is “made to be aged for ten years or more” so was a comparative baby but I reckon I drank it at exactly the right minute.

It shows - as I’ve said numerous times before - that new world reds repay cellaring though I have to say I’m enjoying 2007s generally at the moment despite the fact that it’s not regarded as a standout vintage (except in the Rhone, Chile and California).

Hawksmoor Air Street also does fish - in collaboration with the brilliant Mitch Tonks. I can strongly recommend the fried queenies (scallops), brown shrimps on toast and the turbot! Oh, and the Janssons Temptation (which is like a fishy gratin dauphinoise).

Disclaimer: I ate at Hawksmoor with my daughter as the guest of my son ;-) 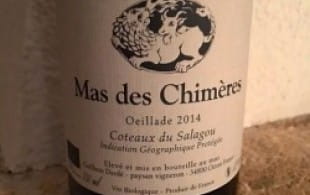 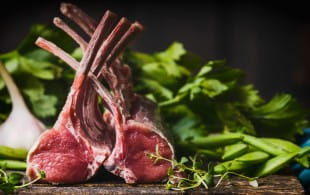