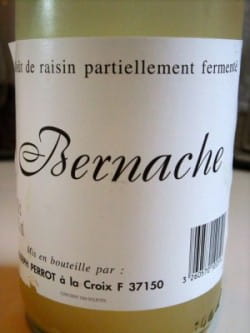 I’ve been in the Loire for the last two days enjoying a fascinating range of wines but the pairing that stood out for me was one I’d never come across before: roast chestnuts and Bernache.