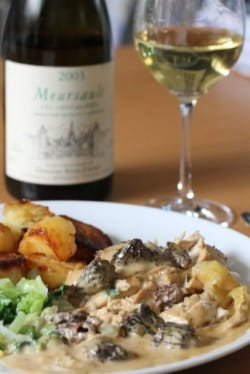 "There’s something quite satisfying about devising or tweaking a recipe to compliment a particular wine. Recently I was preparing a special family meal, with my husband’s tastes in mind. Roast chicken served with white burgundy is a particular favourite, and he has a soft spot for mushrooms.

A last-minute dash around our local Waitrose yielded a good-looking corn-fed bird and a glamorous little jar of porcini mushrooms in a white truffle paste. We also had some dried morels that had been lurking in the cupboard for some time. While the morels were soaking, I combined the porcini and truffle paste with some butter and spread it generously over the chicken breasts, beneath the skin. I spread more butter all over the bird, popped several cloves of garlic into the cavity and seasoned with plenty of salt and pepper before roasting it for a couple of hours.

Once the chicken was cooked, I removed it from the pan which I deglazed with a splash of amontillado sherry, allowing this to bubble down before pouring in some white wine as a base for the sauce. The soaked morels went in, along with double cream. This created a powerfully flavoured sauce because of the truffley chicken juices, so I added more cream as I wanted a more gentle flavour.

To accompany this sumptuous feast, we settled on an appropriately smart white burgundy, a 2003 Meursault les Chevalières from Domaine Rémi Jobard, a wedding present from a good friend in the wine trade. As we like mature wines, I thought this would be coming into its own by now. It was. It was drinking beautifully – rich and satisfying, yet much more refreshingly balanced than I’d expected from such a ripe year. It had plenty enough acidity to handle the crispy chicken skin and roast potatoes and the smooth, rounded texture worked seamlessly with the creamy sauce. The wine’s level of maturity – its savoury complexity – was just right for the mushrooms and truffle, as there was still some youthful lift.

It was a wonderful reminder of how a great Chardonnay (and particularly burgundy) is the perfect foil for roast chicken. You can dress your dish up (or down) accordingly – in the autumn, if you can lay your hands on some fresh ceps/porcini, you might want to trade up to a grand cru . . .

Do you have a favourite dish you like to cook to show off a good wine - or beer, come to that? Do write in and describe it and we'll include it in the series. 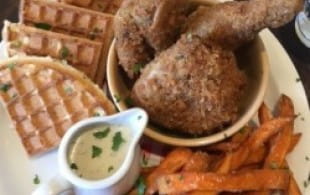 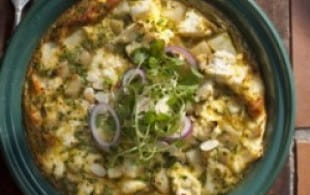 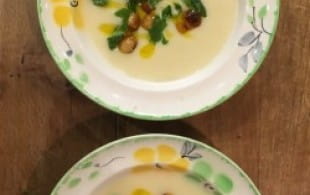 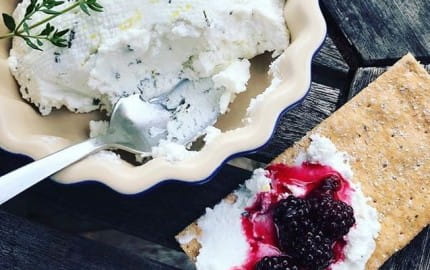 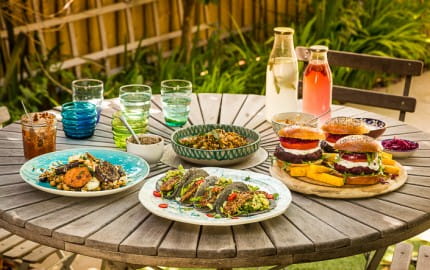