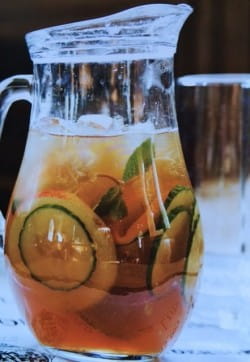 A cross between a Pimm’s and a shandy which I concocted a few year's ago for my son Will’s and my book An Appetite for Ale. You'll obviously need to play around with the proportions depending on the fruit cup and the beer you use