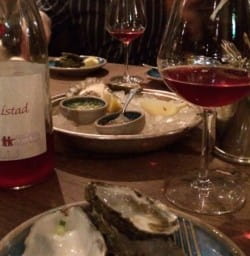 It’s generally held that red wine doesn’t pair with oysters unless they’re served, as in Bordeaux, with little crepinettes (pork patties) or spicy sausages but I found a wine last week that suited them perfectly.