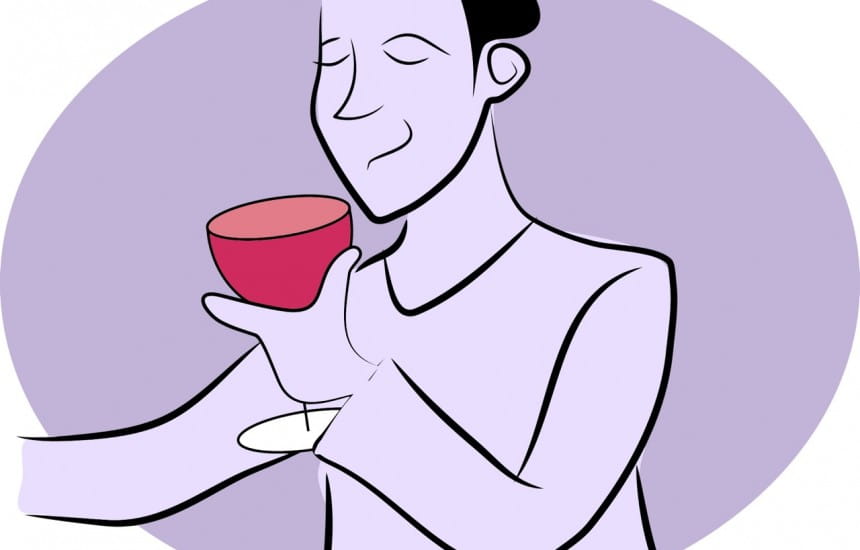 10 wines and regions to explore in Tryanuary

If you're not committed to Dry January you might celebrate 'Tryanuary instead - a month-long celebration of the more obscure corners of the wine world. Let Peter Pharos be your guide:

"I have to admit that I am not one for hashtags, word medleys, and month long campaigns. I am, however, one for vinous experimentation. If the festive season is one for the classics, the champagne and the port, the Left Bank and the southern Rhône, then the first three months of the year are for following upon New Year resolutions of engaging with unfamiliar terroirs and making new discoveries. Here are some of mine: not just for January, but hopefully taking you all the way to Easter!

If you observe tradition, you probably have had your fair share of port over the holidays; I tend to start December with a 20 yo tawny and the week before Christmas I move on to the vintage stuff. In recent years I’ve started keeping on with the Douro theme past the holidays by starting January with its dry reds. Still getting much less attention than they deserve, these range from soft and fruity, ready for immediate consumption, to serious tannic reds, intended for long ageing. This year I kicked off proceedings with Papa Figos 2016, whose smooth texture and notes of strawberry jam and toasted almonds would work well with lamb, beef, and duck dishes.

With near-zero temperatures predicted for most of January, you’d be excused for bringing out the Crozes-Hermitage and the Vacqueyras. But how many times have you had those before? Instead, I’d point you to Basilicata, one of the very few Italian regions that remain relatively unexplored by the UK wine drinker. There, aglianico grapes grown around the extinct volcano of Mount Vulture create wines that are dark, brooding, tannic, and yet somewhat restrained. The best examples, like Elena Fucci’s glorious Titolo, need at least ten years to hit peak. However, simpler versions, such as the one that Messapi makes for Marks and Spencer, are approachable immediately – and just the thing for a beef stew on a cold winter night.

As I said, I am not a fan of month-long campaigns, but you might find taking a break from meat and dairy useful after the excesses of the festive season. One of my favourite vegan dishes is Imam Bayildi, an aubergine, onion, and tomato dish that will not only keep you warm, but is so decadent, it is practically cheating. If you are going for one, and want to keep the exploratory spirit, may I recommend a bottle of Öküzgözü, a Turkish variety that is due for more international attention. The Wine Society has a representative, and excellently priced, example from Vinkara, which you might think of as a spicier Chianti Classico. As an aside, making wine in today’s Turkey is a de facto political move – so in a small way you are also supporting some of the country’s more progressive citizens.

Even if January is as cold as predicted, eventually the temperature ought to pick up again, and with it the call for lighter reds. You might already be familiar with xinomavro, arguably the greatest of Greek red grapes. Its prime terroir is Naoussa, where it gives powerful, tannic wines, with dominant notes of tomato stalk and olive paste that need years of cellaring to deliver in full. More recently, however, increasing attention is paid to its other terroirs, and particularly cool climate ones such as Amyndeon and Rapsani. A wine from the latter was the most recommended bottle of The Wine Society’s Community in 2018 – not a surprise when the wine in question is Terra Petra, a mix of xinomavro, krasato, and stavroto made by Apostolos Thymiopoulos, the closest modern Greek wine has to a rock star. For Amyndeon, an excellent choice is Kali Riza (meaning Good Root) by Kir-Yianni, arguably the most important winery in central Macedonia. It is currently on offer at Great Western Wine – so stock up, and dream of warmer days.

I would blame no man and no woman for a devotion to Argentinian malbec, a loyally consistent style that is often a safe haven in unfamiliar wine lists. It does tend, however, to steal the limelight from Argentina’s other offerings. Mono-varietal cabernet sauvignon is still a relative rarity, as the king of Bordeaux remains mostly a blending element in Argentina, though Catena Zapata has a pleasant, if unadventurous, example. Cabernet Franc, however, is where it gets really interesting. I was first alerted to the joys of Humberto Canale’s take on it by a sommelier at an otherwise undistinguished steakhouse and I’ve been a fan ever since. Do not worry, this is no Loire-like gentle soul; there is enough dark fruit, alcohol, and tannins to match your steak every bit as well as a malbec would.

If, on the other hand, you are serious about abstaining from heavier meals during January, white fish is likely to be on the menu, probably with minimal cooking. If you’re looking for something out-of-the-ordinary to pair it with, koshu, Japan’s national grape, is a good answer. It is still a rarity in the UK, but at least some are available, like Grace’s Koshu Kayagatake, a clean and delicately aromatic wine, reminiscent of a crisper pinot blanc and a natural match for sushi and sashimi, the most minimal cooking methods of all.

Another under-the-radar part of Italy, the Aosta valley can reasonably claim to be the most improved Italian region of the past five years. Long politely dismissed as the producer of rustic wines, it has modernised and now gives some genuinely impressive wines, especially whites, as the reds maintain something of a rough character. Pioneering producer Les Crêtes has an excellent standard cuvée from the local petite arvine grape, a fragrant but intense wine that works particularly well with tuna and swordfish. If you want to splash out, Les Crêtes also produces a rich, muscular chardonnay that, strangely, feels more like a top Californian example than something from the Alps.

Sauvignon blanc, the grape that built the New Zealand wine industry, never held much allure for me in its antipodean interpretation. It’s not that it’s bad exactly, but I tend to find there is a sameness to it, and, these days at least, a considerable mark-up for the better known labels. Not so for the chardonnays, which are intense, flavourful wines with ripe fruit balanced by the acidity of the grape. Cloudy Bay offers a powerful and dependable example, while ex-Cloudy Bay winemaker Kevin Judd is aiming for something a tad more elegant in his Greywacke label. They’re still not cheap, but a couple of glasses of either of those, and spring will seem just around the corner. Can you put a price on that?

As with Kiwi sauvignon blanc, the chardonnay that built Australia’s reputation never did much for me. Though I’ve often been told I should give a chance to the new wave producers who are aiming for a lighter, more Old World style, when I’m after an Australian white, it is usually a Hunter Valley semillon. I am fascinated by how a grape I usually associate with the lush whites of Bordeaux can produce such clean, lemon and citron-scented wines in a different terroir. Top examples, such as Tyrrells’s Vat 1 need their time for the acidity to mellow down, so if you are the sort of person who really plans ahead, you can buy one now and have a great Tryanuary 2029. If, on the other hand, you’re looking for something to drink now, Marks and Spencer’s again has an example that, while not the most exciting, is a good enough introduction to the style. At 11.5%, it practically counts as doing Dry January too.

For a foreigner immersed in the UK wine scene, there is no greater surprise than English wine still being used as a punch line in this day and age. True, some of it might just about deserve it (I’m looking at you Bacchus), but when it comes to bubbles, English Sparkling Wine, or ESW for short, today counts as one of the world’s most interesting sparkling terroirs, up there with Franciacorta and prime Cava. So, if you are still a doubter, give ESW a shot next time you are feeling festive. Your best start is probably Nyetimber, a pioneering estate whose head winemaker, Cherie Spriggs, was named Sparkling Winemaker of the Year in the most recent International Wine Challenge. Other names to look out for are Hattingley, Camel Valley, and Hambledon, happily all widely available across the country.

And some Tryanuary wines for me - the unexplored Americas

As for me, my new year’s resolution is to seek out more wines from the less well-known parts of the Americas and work on some of my vinous blind spots. I’m particularly excited about the prospect of seeing Mexican wines finally finding decent distribution in the UK, but Canada, Uruguay, Brazil, and the less obvious parts of Chile are all in the mix. And who knows, I might even make it to trying some of the new wave Australian chardonnays ... 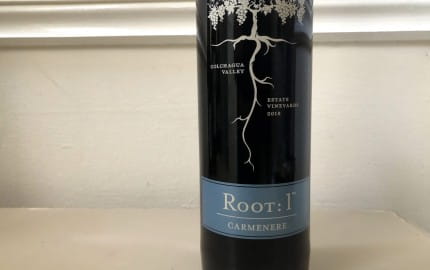 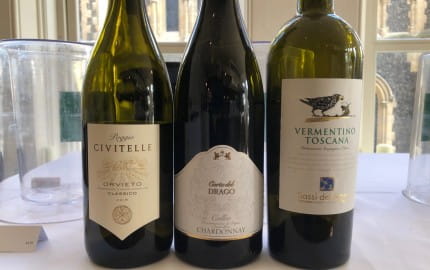 10 wines to buy from Lidl