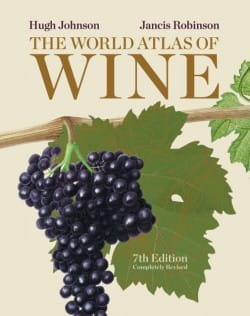 Regular contributor Lucy Bridgers, who is in the unusual position of having worked on the World Atlas of Wine herself takes a comprehensive look at the latest edition and considers whether you should buy it in book or electronic form.

Lucy writes: "Now in its seventh edition and after 42 years, this classic reference work has undergone a new lease of life. Publishers Mitchell Beazley are also offering it as an e-book for the iPad – a much more practical option instead of carting this tome around foreign wine regions. A number of years ago I worked for Mitchell Beazley and recall when the Wine Touring Guides were launched to make more practical use of the maps. The e-book is a logical extension of this idea.

For me personally, the World Atlas of Wine has been an important professional tool, as well as a satisfying read. I love maps, so I’m completely biased on that front. The authors are absolutely correct in declaring that wine is a geographical subject and that each wine is an expression of a place.

I have been working in wine since 1991, so have seen the Atlas evolve quite dramatically during the past two decades. I also had some experience working behind the scenes on the book when Jancis Robinson first came on board as co-author in 2001 shortly before I moved away from wine book publishing. It’s an almighty task and no surprise that it’s only been possible to produce it at regular intervals with two authors at the helm and an experienced team supporting them. Four editions appeared between 1971 and 1994, whereas a further three editions have been published at regular intervals since 2001.

However, what’s different about the seventh edition? Firstly, on a purely aesthetic level, the design is clear and crisp. The font is more streamlined and elegant than that used in the sixth edition (2007), which had more of a retro feel overall, making it look like an older edition on my bookshelf. Not helpful. The new edition contains a lot of new artwork and the choice of photography really helps bring the subject to life. The pictures look particularly vivid on the iPad version, being backlit, allowing you to really feast your eyes. A nice touch is how some pictures and captions help emphasise the history and heritage of certain wine regions. A picture of the recently renovated Seppeltsfield winery in the Barossa Valley is a good example.

In the printed book, the text is laid out more accessibly as, compared with earlier editions, subheads are frequently used, pulling out the more salient points. Another useful new feature is something that accompanies most maps: a short paragraph summarising the region or country in a few key points. 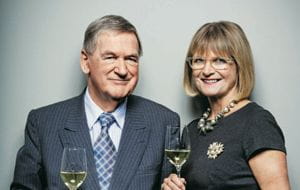 The text has been comprehensively reworked. A decent proportion of it has been updated and where this hasn’t been necessary, it has been refreshed and the writing styles of the two authors work in a complimentary way. Most of it appears to be Jancis Robinson’s clear, academic treatment, punctuated by Hugh Johnson’s more lyrical flourishes: in the introduction to France the country is described as ‘washed by the Atlantic and lapped by the Mediterranean’ (definitely more HJ in tone than JR, though I could be wrong).

In terms of new material, the book has been comprehensively updated. The France chapter has a couple of noteworthy additions: a map of Richebourg showing how ownership of the cru is divided between several different growers, and there is a map of the soils of Châteauneuf-du-Pape that will keep terroirists happy. Italy benefits from a new map of Etna (but more about Italy below). 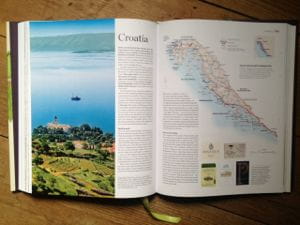 The dynamism of the Ibernian peninsula is reflected with new maps: Inland Northwest Spain (Bierzo, Ribeira Sacra, Ribeiro and Valdeorras), the Toro map has been expanded to include part of Rueda, whereas Somantano has been dropped. In Portugal Vinho Verde and Douro Superiore are mapped. The steady renaissance of Eastern Europe has led to greater coverage, especially Slovenia, Croatia and Georgia, and Turkey now merits its own page.

Scholarly treatment of Germany continues with two new maps: Kaiserstuhl and Breisgau, and Wonnegau (Rheinhessen) given the increasing importance of reds and dry whites. The spotlight also falls on Austria’s Northeast Mittelburgenland for the first time in recognition of the region’s Blaufränkisch based reds. The authors’ passion for these countries remains undimmed.

Away from Europe, Northern America has been reordered with Canada receiving expanded coverage. Columbia Valley in Washington has been extended to the north to include Ancient Lakes AVA. Walla Walla Valley has a new slightly enlarged map that seems a bit unnecessary, other than to locate recommended producers more clearly. California has also been augmented: Northern Sonoma now includes Sonoma Coast and Fort Ross-Seaview AVAs, and the Santa Barbara area is enhanced by a detailed map of Santa Rita Hills and Happy Canyon AVAs. 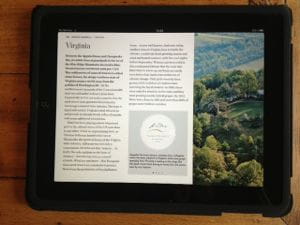 To quote the introduction to North America in the 6th edition, ‘the eastern state that, after New York, offers the most excitement today is unquestionably Virginia’. Since then this state has leapt from six lines’ coverage to a double page spread and map. The two most important AVAs are plotted: Monticello and Middleburg Virginia. New York and Canada’s coverage has doubled to two pages each, with new maps of Okanagan Valley in British Columbia and the Finger Lakes in detail. Elsewhere in Northern America, the Southwest States and Mexico have been divided up, mapping the southern strip between the Pacific and the Gulf of Mexico and separately, Guadalupe Valley in detail.

In the South America chapter, the maps of Chile have been combined and reoriented, running across the page and Argentina features a new map of the Calchaqui Valley near Salta, noted for its Torrontés.

Australia’s updated coverage reflects the shift towards cooler areas and use of a broader range of grape varieties. The growing interest in site specific wines is reflected by the presence of more ‘noted vineyards’ on the maps (which are likely to become official subregions). A map of Mornington Peninsular is a welcome addition, along with a new more detailed map of Tasmania. 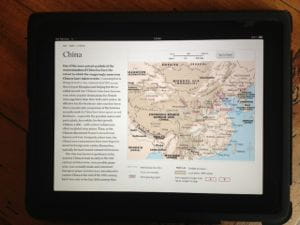 Throughout the book more information is included on the maps, especially regarding notable vineyards (particularly so in updated maps of Beaujolais and Australian regions). Visually, colour coding of wine regions on maps looks brighter and clearer so that key areas stand out. Unfortunately, too few country maps are shaded to show the country’s topography (and, for example, New Zealand’s has been removed for the 7th edition). However, on the general country map of Italy, the shading has been intensified, making the landscape look appropriately dramatic. Readers should be able to appreciate the shape of a country’s landscape at a glance as it literally shapes wine production.

To seasoned readers of the Atlas, some of the maps are now looking tired and some, like Italy’s especially, remain challenging as so many wine DOCs and DOCGs overlap in the same regions giving a ‘spaghetti’ effect. The Umbria map (below) and Northern Lazio one now have different coloured shading and is so much easier on the eye. Perhaps this can be extended to other Italian maps to highlight the most important wines. 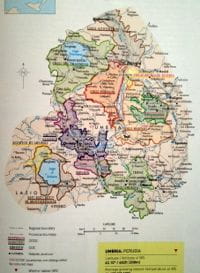 On the iPad version the older maps have a lower resolution than newer maps which respond much better when they are enlarged (ie they remain in focus). For the current Google Maps generation, this could be offputting. Another issue is that sometimes when a place is referred to in the text, it cannot be readily found on the map. In one instance I had to search for it on Google Maps. The smaller size of an iPad screen means that the pages are scaled down and you scroll through the text, rather than read across spreads. The design of the print version has more impact visually and a printed book is obviously easier to use (if you’ve got luddite tendencies) – you need to get used to navigating the iPad version.

Editorially, what is impressive is that the extent of the book remains 400 pages in its print format. In order to incorporate all the new material there have been a number of judicious deletions that include the North Africa map that has for now been ‘mothballed’ and the street maps of Beaune, Reims, Epernay, Vila Nova de Gaia and Jerez. French Vins de Pays and IGPs have been included in the large map of France, making a separate map unnecessary. It’s fair to say that the Managing Editor, Gill Pitts, has done a remarkable job.

Finally, going through this latest edition, you can’t help but wonder whether there have been any omissions and what will merit more detailed treatment in future. Personally, I think if Etna deserves its own map, so do Naoussa and Santorini in Greece. The Agly Valley in Roussillon is currently an exciting hotbed of activity and the authors hint that next time round this will be included too.

So, should you buy it? Most certainly yes, and ideally in both formats: keep the book at home on the shelf and have the iPad version handy while travelling.

The World Atlas of Wine by Hugh Johnson and Jancis Robinson is published by Mitchell Beazley at £40 though you can buy it at £30.10 from Waterstones and even less from Amazon, if you must. The iPad edition is £19.99 or £14.99 currently on iTunes - a bargain by any standard FB

emerging ares like Poland donot receive a mention. I feel that this is a weakness.