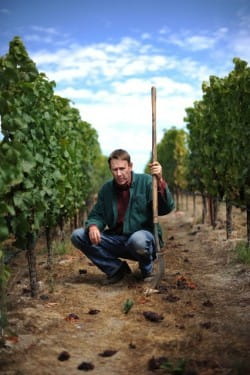 "Jon Bonné, a native New Yorker, was hired in 2006 by the San Franciso Chronicle to cover California wine. Bonné’, whose father was a trained chef, had grown up with wine, and in particular imported wines from the classic European wine regions. 'I showed up somewhat sceptical about the wines of California,' he says, considering them largely to be expensive and monotonous'.

But, he says, California wine hasn’t always been bad. According to Bonné the first modern revolution in Californian wine occurred 40 years ago. Famed winegrowers such as Paul Draper, Warren Winarski and Robert Mondavi were the figureheads of a transformation of Californian wine that spanned the late-1960s, the 1970s and even the early 1980s.

'By the time I got to California,' he says, 'it had reached its decadent phase, and what had happened in the 1970s had evolved into something different.' It wasn't just that the wines had got riper, but also that they had moved to what he calls ‘pure impact’ in style. 'The industry says they were making wines that people liked to drink, but this was a cop-out.'

What went wrong? Around the late 1980s and early 1990s a lot of money was flowing into Napa. 'People loved the fact that wine was becoming an American thing,' says Bonné, and this led to a big injection of cash and ambition.’ This coincided with the last major round of phylloxera in the 1980s, which led to a billion dollar replanting program that hit the reset button in Californian viticulture. Lots of the big, ripe Cabs that came to define high-end California came from young vineyards, which have a tendency to produce fleshy, charming styles of wine.

Also, there were many consumers who were new to wine, and this led to a rise of a system that gave them straightforward guidance as to which were the best. Robert Parker’s The Wine Advocate and the big-selling lifestyle-ish magazine Wine Spectator both offered scores that pointed people to the 'top' wines. 'All the things that had been barriers to entry to the fine wine market were gone,' says Bonné, and there was lots of disposable income ready to be plunged into wine.

So Bonné arrived in California as a sceptic. To what must have been his great relief, though, he began to encounter interesting producers, making wines that didn't conform to the California mould. He began by speaking to people like Paul Draper at Ridge, Josh Jensen at Calera, and Abe Schoener at the Scholium Project. 'In Abe I saw a spirit of enquiry that had largely been missing in California,' he recalls. 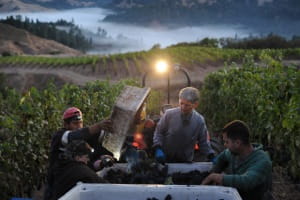 He also met Steve Matthiasson, who by day was a top Napa viticulturist, but whose own passion was making a white blend based on his love for the wines of Friuli. Bonné began to connect with the 'New California', and by 2010 it became evident that this wasn't simply a few people nibbling around the edges, but that the conversation about wine in California was beginning to change. 'Wines were appearing that were completely different interpretations of places people knew.'

Bonné decided that a revolution was occurring that was as significant as the one that took place 40 years ago, and this prompted him to write The New California Wine. It seems to be the right book at just the right time: a manifesto for a growing band of like-minded producers to gather around.

The big question is whether what is occurring now is actually a course correction for Californian wine, or a sign of an emerging diversity? Will the big, ripe critic wines still thrive, alongside a growing set of more interesting wines that show balance and sense of place?

Bonné's book is a snapshot of what's going on in terms of this Californian wine revolution. He describes some of the emerging regions, and profiles the interesting producers who are making wines of balance and sense of place, made in a more sensitive way with an emphasis on allowing the vineyard to express itself more than the heavy hand of the winemaker. I love it, just as I am a fan of the new, balanced wines made by the producers described in its pages.

And my take? I think that for now, although I’d love the New California to be the beginning of a sea change for all of the state’s wines, I think this remains a niche movement, albeit one that is gaining momentum. California is still largely defined by ripe, sweetly fruited wines, whether they be cheap sugared-up examples from the Central Valley, or rather grotesque over-ripe and over-priced high-end bottles from the Napa Valley. I wish this were not the case, but the criticism that the New California wines have had from the major US wine publications shows that plenty of people in the USA like their wines supersized and sweet, and aren’t ready for wines that express elegance, precision and detail at the expense of size and ripeness.

The controversy that the New California, and the similar In Pursuit of Balance (IPOB) organization – whose tasting I recently attended in San Francisco – are stirring up in the USA shows that the ripeness (and related high alcohol) issue is a fault line in the Californian wine scene.

From my perspective, I am fully on the side of IPOB. The major US critics don’t seem to like IPOB, because it acts as a mirror showing how misguided (in the views of many) their judgements on the now dominant riper style of California wines has been. It would require a sharp turn in direction for them to recognize that the IPOB/New California wines are really where it’s at for interesting, compelling, fine Californian wines, and this would require a certain admission of failure on their part. This isn’t going to happen. So they are caught in a dead end – and many of their readers have filled their cellars with high alcohol, dead fruit wines – and there’s no easy way out. Hence the acrimony.

Are all the New California wines wonderful? No: picking earlier to make lower alcohol wines doesn’t always make for greatness, if it’s something your terroir won’t give you. There are a few lemon juice Chardonnays that don’t really have much character. But having said this, the vast majority of New California wines are brilliant. I was blown away by the IPOB tasting in San Francisco, and the offerings displayed at the New California event in London recently at which Jon Bonné spoke. This movement is a welcome correction of the sins of the past, and it is turning California into a great wine destination, once again, as long as you are selective in who you visit.

Jamie Goode is the author of Wine Science (published as The Science of Wine in the US) and publishes his own website and blog wineanorak.com. The New California Wine by Jon Bonné is published by Ten Speed Press.

This month you can win a copy of The New California Wine, along with a case of wines from producers that are mentioned in the book from Roberson Wine and a voucher for Sager & Wilde, the east London wine bar that regularly features them. Enter here.

The problem with it becoming a sea change is that too many "boutique" producers, particularly in Napa, are ruled by goals of image and prestige rather than the market. They would rather see half their vintage sit in a warehouse rather than not get their Parker 98 point score.....and heaven forbid they lower their price! This is all possible because the wineries are not their livelihood. They made their millions elsewhere and then bought into a lifestyle.

Sure, the market is increasingly rejecting these wines, particularly in the major metro areas such as NYC, Chicago and even SF where the owners most want to see their wines listed in restaurants. They, however seem more likely to not take this market rejection to heart and rather just play games of perception as with the prominent cult winemaker in Napa who has suddenly decided to list all of his alcohol levels at exactly 14.1% even though they are much higher in reality.

Having worked with boutique Napa producers and seen the deadly combination of almost willfull ignorance of what's going on in the market and mind numbing hubris, I fear that most will remain unchanged until they truly have become irrelevant. There's a saying in the wine industry right now: "Having a wine list full of Napa Valley cult wine is like having a closet full of leisure suits." 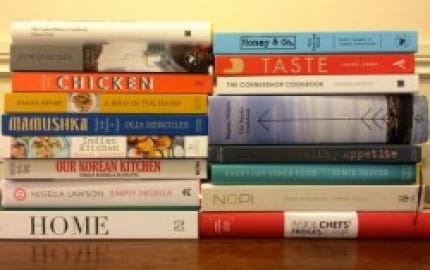