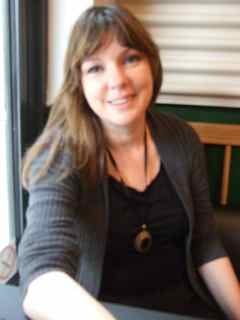 It took 44 year old Segnit, who used to be in advertising, three years to complete. She was inspired to cook by the dishes she ate at expense account lunches. “I remember having a goats cheese salad with raspberries and thinking it was the most sophisticated dish ever.” Curious about food to the point of geekiness she found there was nothing that taught you how to cook rather than to follow a recipe. “Following the instructions in a recipe is like parroting pre-formed sentences from a phrase book” she writes. “Forming an understanding of how flavours work together, on the other hand, is like learning the language.”

It might sound like the book all amateur cooks have been waiting for but surprisingly Segnit struggled to get it published. Eventually it was spotted by Heston Blumenthal’s editor at Bloomsbury. “It’s an approach that seems to appeal to men” said Segnit wryly.

Obviously the book couldn’t cover all conceivable ingredients so Segnit picked 99 of the ones she found most interesting, excluding carbohydrates except potatoes and common condiments such as salt and pepper on the grounds that they went with pretty well everything. There are references to wine dotted throughout - how Chardonnay contains the same flavour compounds as smoked fish and bell peppers the same compound 2-methoxy-3-isobutylpyrazine which is found in Cabernet Sauvignon and Sauvignon Blanc.

Having had the book by my bedside for months it struck me that Segnit’s approach could equally well be applied to food and wine matching so I arranged to meet her in Kopapa, a New Zealand-style caf run by chef Peter Gordon and a bit of a flavour playground itself.

Although she played down her wine knowledge it turned out she’d done a wine course. “I took a course with the WSET. We had to shout out what the wines reminded us of - I enjoyed that."

“Clearly a lot of established pairings are cultural and came about for reasons that made sense at the time like the pairing of red wine and cheese. And alcohol and tannin clearly play a part but one I don’t fully understand.”

Once we started running through a selection of wines to see which flavours Segnit identified, you could immediately see the originality and distinctiveness of her approach. Not having a wine background she relies instead on memories of her past.

“This reminds me of walking in Cornwall on a hot summer evening when the sun has been out all day” she said of a New Zealand Sauvignon Blanc. Pressed on specific aromas and flavours, she came up with gooseberry and elderflower, smokey, herbal, and, er, asparagus pee. So what would she pair with it? “I wouldn’t make a suggestion without researching it first” she said reprovingly (the entries in her books are peppered with conversations with chefs and food scientists). “I can imagine fresh mackerel bought straight from the fisherman’s hut and cooked on the beach . . . “ We tried the nearest thing on the menu a bruschetta of grilled sardines and roast tomatoes. Spot on.

Next up was a lush barrel-aged Chardonnay. “HMS Victory!” Segnit pronounced. “It’s like smelling the deck. And tropical fruit like mangoes . . . there’s a crab and mango combination Jean-Georges Vongerichten used to do, I remember. And coconut . . . Let’s try the laksa.” It proved a standout pairing neither of us would have predicted. We also tried the more classic partnership of chardonnay with scallops with a soy ginger beurre blanc (below) which Segnit said was the first time she’d actually enjoyed scallops. “Trying a food you don’t think you like with a different partner can change your view of it. That clearly works for wine too.”

Segnit also thought it might also be worth trying a Thai pork salad on the menu as she’d picked up the flavour of fish sauce in the wine but we much preferred a New Zealand Sauvignon with that. “It’s amazing how it keeps its personality and the Chardonnay changes” she said wonderingly.

The delicate strawberry flavour of an off-dry Chilean Carmenre/Caberet ros provoked thoughts of avocado.”There’s a grassy flavour in avocado that tastes like rolling in a meadow.” said Segnit. We tried it with a dish of cassava chips with avocado pure, chilli sauce and crme friche. “What’s interesting is how the dish makes the wine taste much nicer.”

In a Kiwi pinot noir Segnit found ‘cooked strawberry and a slightly unreal raspberry flavour like the kind they use in medicines. And there’s something quite meaty and savoury about it.” We went for a umami-rich dish of toast with bone marrow and parmesan spread which again worked well, the pinot picking up especially well on an accompanying beetroot pure.

And finally a Bordeaux blend from Hawkes Bay which caused us more problems because it wasn’t so much about flavour as tannin. “I remember my grandparents used to burn the bramble cuttings - this smells like blackberries with smoke on them.” We couldn’t go for Segnit’s suggested pairings of black pudding and game so settled for an oxtail risotto. It turned out to be less meaty than we’d imagined working better with a pinot noir.

The exercise proved - as such sessions do - that there’s always an element of surprise in food and wine matching whatever route you take to get there. “ It’s hard to call even when you have the combinations in your head” mused Segnit. I’d like to know more about the scientific side of wine matching - the sort of approach taken by sommelier Francois Chartier in ‘Taste Buds and Molecules’. He talks about how the best matches for lamb are reds from the Languedoc because they contain the aromatic compound thymol which is also found in lamb. And it would be interesting to explore the green pepper notes in Cabernet. I’d like to try that with pimientos de padron . . .

I’m sure she will.

The Flavour Thesaurus is published by Bloomsbury at £18.99. Thanks to Peter Gordon and Michael McGrath of Kopapa for hosting the tasting.

Green peppers and eggs
Segnit’s authority for this is a paper published by Dr Maria-Grazia Inventato, Chair of Cultural Studies at the University of Eau Claire Wisconsin. ‘Peppers and Eggs: Red-blooded Males and Mother-Worship in Italian-American Crime Culture’. It is, she says, dependent on the softening of the pepper and the scrambling of the egg.

Strawberries and cinnamon
“Strawberries have a hint of candyfloss about them. Cinnamon loves sugar and fruit. Warmed together the pair give off a seductively seedy fug of the fairground.”

Aubergine and nutmeg
“Freshly grated nutmeg puts the ohh into aubergines. There should be a global chain selling cones of nutmeggy fried aubergine slices. Don’t be tempted to use ready-ground nutmeg - it has to be freshly grated to order.”

Apple and coriander seed
“When the floral perfume of coriander seeds is mixed with sharp fruity apple the result is quite apricot-like and especially delightful. Try them paired as an ice cream.”