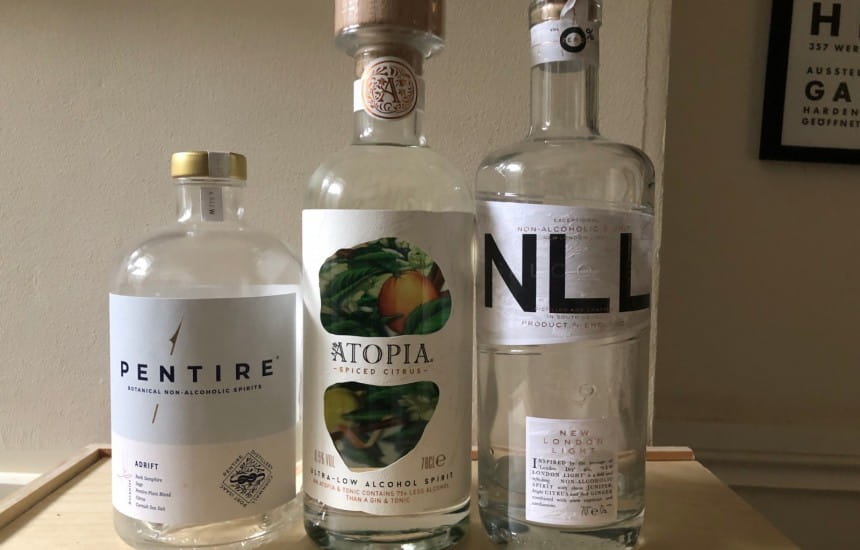 If Sober October has slipped by without you managing to take a few days off it’s not too late to do something about it. After all there's no reason why you shouldn't take a break - of whatever duration - in November. Even though the dark nights and the relentlessly bad news may make you feel like hitting the bottle it’s not a great idea to make that a nightly habit.

Fortunately there’s plenty of choice these days - my most recent Guardian column points you to some of the newer additions to the market but these are the tried and tested bottles and cans I seem to go back to regularly or which I can see could become a favourite.

Unfortunately alcohol-free wine isn’t among them which isn’t a big problem for me as I only take a couple of days off at a time (which you may not think is very much but consider the day job!). But if you’re taking a longer or permanent break from drinking you may want to try the new Jukes range of cordials - especially the no. 6 - or Nine Elms no 18 which come as near to a glass of malbec as you're likely to get.

Basically going alcohol-free is as much a question of psychology as anything. There’s no way you’re going to feel good about it if you serve a drink at room temperature out of one of your scruffier glasses. Make a bit of a performance of it and you’ll find it surprising how little you'll miss the booze.

My most frequent go-to on nights when I’m not drinking is a properly made alcohol-free G & T in a nice big glass with freshly made ice and a slice - of lemon, lime, orange, pink grapefruit - whatever. My top favourite is Atopia spiced citrus which is deliciously orangey and comes in a beautiful bottle. (It's currently on offer in Waitrose at £20 a bottle instead of the usual £25 though Sainsbury's also stocks it)

I also like Pentire Adrift which is made in Cornwall, dry and satisfyingly salty (I have quite a dry palate). It’s about £26 a full-sized bottle but they often offer a discount on your first order if you buy it from them direct and NLL (New London LIght) a new alcohol-free spirit from Salcombe distillery which costs £27.50.

No, none of these is cheap but if it makes a good enough drink to make it easy to take a break from the booze all to the good, eh?

Note that you won’t need as much tonic as usual - I’d say in general about the same amount as your ‘spirit’ or 2:1 at most and that they don’t keep as well as a bottle of gin once you’ve opened them.

A much cheaper solution obviously though they usually taste too sweet for me on their own. I’m generally a fan of the Fevertree range especially their aromatic tonic water, their cucumber tonic water (in the summer) and their clementine tonic water at this time of year. With lots of ice and a slice as with the G & T. Or spike a standard tonic with a dash of Angostura bitters though that doesn’t strictly make it alcohol-free.

My other regular favourite is Aecorn Dry which is made by the Seedlip people (and which I prefer to Seedlip to be honest) The ‘dry in particular is lovely - just like a dry white vermouth and is on offer at £16.99 at Ocado at the moment (normal price is £19.99 or £20 for 50cl at Sainsbury’s and Waitrose so that's a decent saving. Serve it over ice with a good splash of soda.

For cocktails it’s hard to beat Australian owned Lyre’s which has a huge range of spirit substitutes. I recently made a really good Boulevardier with their American Malt, Italian Orange and Vermouth Rosso which all retail for around £23.50 on their website . Again quite an outlay so maybe more of a recommendation for those of you who aren’t drinking at all.

Oh, and if you like an aperol spritz try Crodino which is made by the same company. (Serve it over ice with a splash of soda and a large fat green olive for garnish)

Beer is perhaps the most successful category of alcohol-free drinks although maybe I wouldn’t say it if I was a regular beer drinker. To me at least they seem impressively close to the full-strength version which makes sense when you think they still contain two of the main flavouring components, malt and hops. And they’re widely available and affordable.

Ones I’ve enjoyed include Brewdog’s Nanny State and Hazy IPAs, Thornbridge’s Zero Five pale and the deep roasted coffee and bitter chocolate flavour of Harviestoun's Wheesht dark ruby ale but new ones are coming out on the time. AF beer or lager is what I generally drink with food if I’m not drinking water. Shame pubs don’t have a better selection.

By contrast I haven’t found an alcohol-free cider that totally does it for me. Sheppy’s Low Alcohol cider comes the closest.

Two favourite companies here - Square Root Soda in London which Pete Brown and I made our drinks producer of the year when we judged the BBC Food & Farming awards a few years ago. As their range is based on in season fruits the selection changes all the time, somewhat maddeningly as I was hooked on their Lemon Gose Shandy which is now unavailabe. Get on their mailing list so you get first dibs on their new releases.

And while you can make your own shrubs a firm called Nonsuch makes some delicious ones including a bittersweet apple and cardamom shrub (much cheaper on Master of Malt than on their own website, oddly). Their sour cherry and garden mint soda is delicious too.

Last but not least … sparkling water

Personally I like Perrier and San Pellegrino but it’s a matter of taste isn’t it? Again do serve it properly chilled with ice and a slice. (Also sliced cucumber immeasurably improves still water. Add it to a jug and let it infuse for 10 minutes or so before serving.)

Do tell me what your favourite alcohol-free options are. I'd love to know!

For other, more inventive drinks and cocktails why not invest in my book How to Drink without Drinking? You can find the recipe for two of my favourites - the Strawberry Pimm's and the Kaffir Lime Mojito on the website. 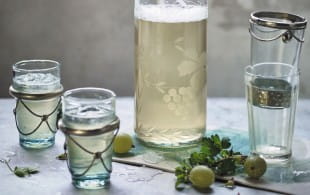 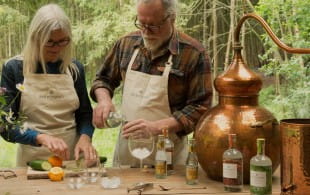 5 reasons to cut down your drinking with Bax Botanics 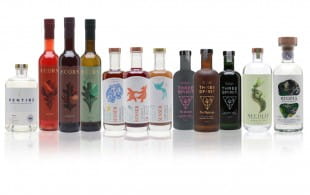