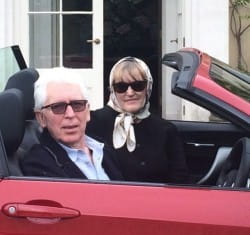 The idea was to do an English *ch*mp*gne trip - not that you’re allowed to use the C word - taking in a few nice hotels on the way. (Well you don’t want to park your posh car outside a Travelodge do you?) As the UK’s sparkling wine vineyards extend from Cornwall to Kent that could have taken some time so we decided to concentrate on the English fizz heartland around Hampshire and Sussex.

So what was the car - a BMW series 2 convertible twin turbo for you cognoscenti - like, you’ll want to know? Well, to put it technically, large and fast (3.5 litres is lorra lorra power as the late, much-lamented Cilla Black might have said). We dubbed it Brendan (we name all our cars) after the Liverpool Football Club manager. How could we not - it was red?* 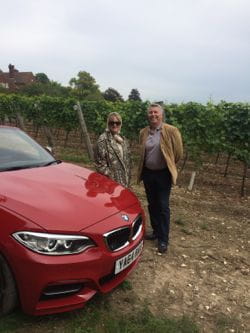 Not having had a new car for years it was also deeply confusing, like putting an Amstrad owner in charge of the latest Mac. We couldn’t for the life of us fathom how to program the satnav which, it turned out, didn’t matter that much as half the wineries we visited were buried deep down country lanes. Fortunately we’d also taken our own satnav, a map and a set of instructions but even that didn’t prevent us getting hopelessly lost around Hambledon (right) and having to ignominiously walk into a small industrial unit to ask our way. The village of Hambledon is currently cut off its most direct point of access but still!

There were some other embarrassing moments when we couldnt lock the car - or thought we couldn’t (it remains unlocked if you stand by it, Mick from BMW had to explain), start it (our suitcase was jamming the roof mechanism) or get it out of park. That resulted in yet another call to the longsuffering Mick who had to get an engineer from BMW to talk us through it. (Key needs to be in car not in husband’s trouser pocket apparently.) This was mainly due to our incompetence though to be fair there is a separate manual devoted to the electronics which probably takes a couple of days to master. It may also not have helped that we were lowering and raising the roof with childish glee at every opportunity, wearing down batteries gaily as we went. 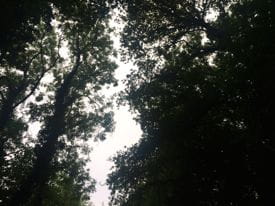 But I’d forgotten the sheer heady pleasure of driving a fast car in the open - not mere driving to get from A to B but the glorious old-fashioned art of motoring. The earthy smell of damp, leafy woods (as you can see (right), it was typically English summer weather) as Brendan soared up hills, hugged corners and nipped round slower cars which obstructed his progress - though we wisely decided not to engage with three utter madmen who were involved in a lethal car chase outside Billingshurst. Blimey, what is Sussex like these days?

I’d also forgotten the immense sartorial appeal of the headscarf, an accessory I’ve been wrongly dismissing as mumsy for years, which not only helps you to arrive at your destination without looking like a demented dish mop but to appear as if you were born to drive a car like this.

Friends of Faceboook, over which I shamelessly plastered images of our trip were full of admiration at our latest acquisition but sadly I had to disillusion them them. Brendan wasn’t ours. So thanks, BMW. I still think you probably got the wrong woman but you made my car-mad husband very happy. It was a blast.

PS More on the wineries we visited, the wines we tasted (and spat out, I assure you), the food we ate and the beds we slept in another time ...

*yes, I know that could have meant we're Man U supporters but how on earth could you think that?