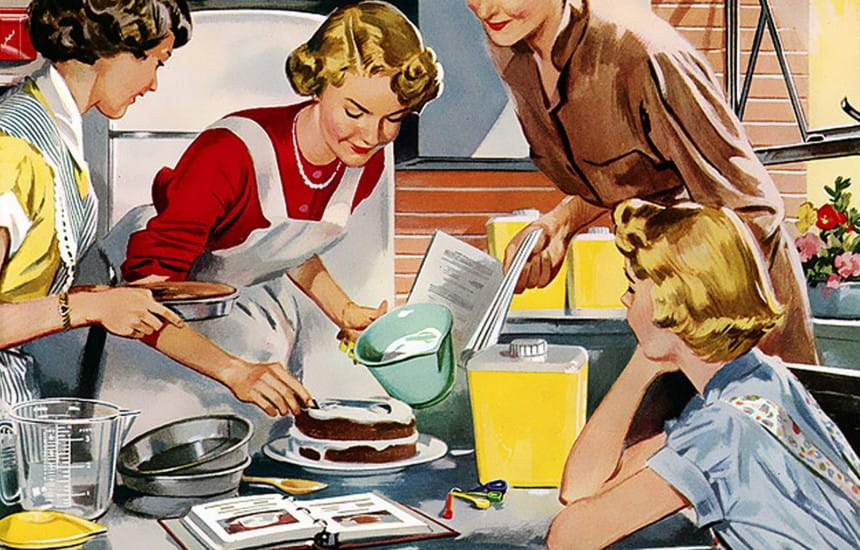 We authors do our best but even then howlers can slip through. Although I was lucky enough to learn my trade when Delia was in charge of Sainsbury's Magazine, I've been guilty of a couple myself - a tomato soup where the tomatoes had been left out of the list of ingredients (duh!) and some ‘vegan’ Thai-style patties that contained egg white. None of us picked the errors up.

Tsp printed as tbsp - just one letter’s difference - but a potentially catastrophic effect, particularly in a baking recipe. An extra zero on the number of grams - 250 instead of 25. Disaster!

Chefs are particular culprits because they’re simply not used to thinking in terms of recipes, being vague in the extreme about the quantities and methods involved. I remember working with chef Stephen Marwick on the first draft of a fish soup recipe he’d provided which called for ‘a gallon of fish stock’. Just what every home cook has to hand.

None of this is too bad for the experienced cook who reads through a recipe before starting to make it but it’s far more difficult for those who lack the knowledge to spot an error and the knowhow to deal with it.

And a lot of ‘errors’ are merely questions of taste. The author may be much more tolerant of chilli or salt than you are. You need to learn to adjust recipes to your own palate and the ingredients you have to hand. Also your and your family's appetites may differ from the author's. I recently cooked a recipe for 6 that just about fed 3 not especially greedy people.

The situation isn’t likely to improve as publishers continue to go for TV tie-ins and new authors who’ve never written a book before. Or books that aren’t even written by the author (it has been known . . . ) They also prefer short recipes when long ones might be more helpful and commission books at the last possible minute leaving insufficient time for testing and editing - although my impression is that the US publishing industry is more rigorous than the British one in this respect.

So what about you - have you ever had a disaster with a recipe and what went wrong?

This post was first written 5 years ago and I think things have got worse, if anything!

Worse still when you're working from a recipe online and get cook's fingers on the keyboard!

Most tart/flan recipes end up with too much filling for the case.
One of my pet hates is when a recipe requires you to turn the page, so you’re flipping backwards and forwards to the ingredients - often with cook’s fingers!

Yes, eggs are pretty basic! I've always found that American cookery books - and magazines - are more thorough than British ones but know from experience it's easy to let mistakes slip through. Reading the recipe through first definitely helps!

Great piece and so true. Was just thinking of starting a series on this. I'm a chef and a food Editor, so I know both dilemmas. Working for a German Publisher and having to translate American recipes into German adds a whole new dimension to the fiasco probabilities. So maybe I'll cover that as well. I once had a reader call while he was making a souffle because he was sure that we had made a mistake with the amount of eggs to be used. Unfortunately he didn't have enough so I had to coach him through the recipe. But I congratulated him that he at least applied a critical mindset while reading recipes, but just in case it could be right maybe next time he should at least have the main ingredients at home.

Always meant to read that. Thanks for the reminder, Richard.

This topic was the subject of 'The Pedant in the Kitchen' by Julian Barnes, published in 2003.

@Tortepane Richard and Valentine are right - it is the determination of editors to get recipes on a single page for the most part that makes them less helpful than they might be.

And @Freddie giving a book to family and friends is certainly a good way to proceed. Good luck with it!

As a self taught chef and food writer, I always write recipes from the prospective of the people who are likely to cook my recipes and draw on the experiences of my cooking failures & triumphs from attempting recipes from cook books. It's tough to write a recipe, for example I take cookery holidays to Nepal and teach guests nepalese recipes all of which I have written myself and every guest cooks a completely different dish from exactly the same recipe, because they interpret your instructions in a different way. I insist on friends and family giving feedback on my recipes but often as a previous comments suggest they trust the recipe and believe it's their cooking inexperience which is the problem and not the recipe! Great article though and interesting to hear these views just before I embark on compling my first cookery book on modern Nepalese food!

Thanks Fiona, great piece. I remember well an example of what I suspect was an extra 0 added to what should probably have been 25ml of oil in a recipe. I thought it looked incorrect but I usually take the view that you should trust the recipe the first time of cooking something, on this occasion I should have trusted my instincts it was swimming in oil and completley ruined the dish.

I also learned in conversation with Richard Bertinet and Valentine Warner not so long ago that Editors also need to take their share of responsibility. I asked them why so often were the small details not included which helped turn a dish from something good into something great, i.e. all those tips that you learn from a chef at cookery school. They both threw up their hands and said "We do!" and then the Editors get their hands on the recipes and edit them all down to a single page per recipe removing anything they (the Editor) consider unnecessary. Bravo to the editors who resist this temptation.

@Nicky Richmond I learnt from Delia too and must say her recipes never failed you. Didn't know about Ferran Adria's book being so good though. Fascinating - thankyou.

@Rachel K I do think you need that guidance when you start to cook. A good book I've come across recently is Master It by Rory O'Connell who teaches at the Ballymaloe Cookery School. Excellent lucid recipes

Many of the dessert recipes in the original River Café cookbook never worked in a domestic oven. Always needed much longer. But you learn to use your judgment. As someone who was never taught to cook I was pleased to have learnt from Delia in my twenties. Not the most exciting but they worked!

The Ferran Adria book is brilliant for beginners - step by step pictures and meal plans. So completely unexpected from him.

When I was younger, I would have liked recipes that told me what something should have looked like (the texture) or perhaps the smell. Nigel Slater is good for telling you this.

Not a disaster but came up with something not as intended when I didn't realise that "mascapone" was a dairy product and thought it might be a type of Italian cured meat. (In the days before the Internet, there was no way of checking!) Fortunately it was for a recipe for a pasta sauce, so I ended up making something that still tasted fab!