My next visit was even more momentous. It was in September 2001 when I was at Athens airport that I heard that a plane - and then another - had crashed into the twin towers. We spent the next week - as the world did - in a state of shock.

It was on that visit that we visited Kefalonia. I’d been commissioned by Bon Appetit to write a piece about island wines and by Sainsbury’s to write a food and travel feature about the island, inspired by the interest in Captain Corelli’s Mandolin which had just been made into a film. (Aaaah, those were the days of lucrative commissions!)

The charm of Kefalonia

We hung out with the Kosmetatos family who owned the island’s best known winery Gentilini for a couple of days. I remember the breathtaking blue of the sea on island’s most famous beach, Myrtos and Petros diving off the rocks for sea urchins which we ate on the spot and still remain the freshest and best I’ve ever eaten. At the end of a couple of days we’d bonded - as you do - and they urged me to come back sometime for Easter - which they said was as important to the Greeks as Christmas and absolutely the best time of year to visit the island.

I treasured that thought but never got around to it. My late husband Trevor wasn’t much of a one for travelling. Having been brought up in France, like a true Frenchman he could never see the point in going anywhere else. As I travelled a lot it seemed unfair to go somewhere without him when we could travel together. I didn’t even want to - but now … Why not?

I plucked up courage to write to Petros and his wife Marianna. ‘You remember 15 years ago inviting me to come back for Easter? Well could I possibly make it this year?’ Very sweetly they said yes. I booked a plane without a second thought.

As flights to Kefalonia didn’t start until May I needed to fly into Athens so thought I might as well go a couple of days ahead and spend some time in the city first. I trawled airbnb and was amazed to find how cheap rooms were, picking a room in a pretty flower-covered house in the Chilandri district about 15 minutes from the centre for - wait for this - £17 a night. It doesn’t look remotely like a dodgy hostel and has attracted glowing reviews so how come so cheap? I hope to find out.

My plans to spend time in the city have also been hijacked by a couple of winemakers with whom I was put in touch with by Theodore Kyriakou of The Greek Larder who is hosting his own Easter feast this weekend for which there may still be places. Apparently Athens is part of a winemaking region called Attica. Who knew?

So that’s the plan. I’m sitting writing this on an Easyjet plane hoping they haven’t lost my luggage this time as they managed to do for six days on a trip to Galicia last summer.* Press and other work trips apart, it’s the first time I’ve travelled on my own since Trevor died in October and it feels quite strange.

What will I find? Will Greece be traumatised by its economic woes? How will it be coping with the refugee crisis? Hopefully there won’t be an earthquake (always a slight worry - Kefalonia suffered a devastating one back in 1953 and a couple of less severe but significant ones back in 2014) What will Greek Easter be like? Will I be able to stomach (pardon the pun) the entrail soup that is traditionally served at midnight to mark the end of Lent?

* it did arrive, thankfully.

I'm taking your word for it, girls! Will let you know ...

Ohh have a wonderful time! The entrail soup is far, far more tasty than it sounds, I promise.

What a wonderful start to what I am sure will be a memorable trip.
You shouldn't have any trouble with the mayaritsa; it is a wonderfully fragrant, light broth with small chewy bits in it - very moreish. 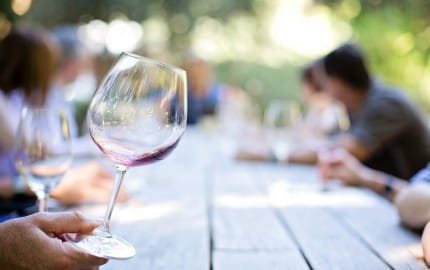 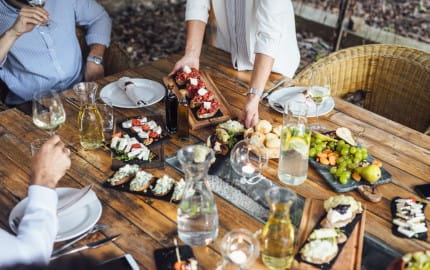 How to relax at your own party