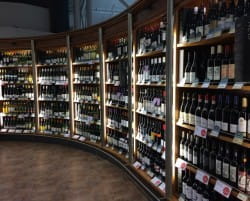 Should wine writers pay for the wines they recommend?

One of the hoariest old chestnuts in discussions about the ethics of wine writing is whether wine writers should buy the wines they write about themselves rather than attending tastings or being sent samples.

In an ideal world we would but if you think about it for a nanosecond it’s simply not practical. Most of us taste at least 50 wines a week on average - considerably more at certain times of the year, a number of which are going to be quite pricey. No wine writer has pockets deep enough or gets paid a salary large enough to fund that nor - these days - do the publications they write for. (Do motoring correspondents pay for their own cars or travel writers meet the costs of getting to long haul destinations their editors want them to write about? I think not.)

Obviously that runs the risk that the samples can be selected to impress (don’t tell me that doesn’t happen with the primeurs or tank samples) but finished bottles are harder to manipulate and more often than not don’t pass muster anyway. I would guess I rate about one in 8 of the wines I try at a supermarket tasting - or at the very least feel they would be better in a few months’ time. (That’s happening at the moment with 2014 northern hemisphere whites many of which would benefit from a later release).

Buying off the shelf has its drawbacks too. A perfectly good wine may show poorly because it’s been stored in less than ideal conditions - under hot bright lights for instance. Or be at the tail end of its shelf life before a vintage change. So maybe we should be buying three, at different times and in different shops? Simply can’t be done.

My policy for what it’s worth is that I go to tastings as often as I can, sometimes call in samples when I can’t and occasionally receive unsolicited samples but don’t feel obliged to write positively about any wine as a result. I try to find wines that I think my readers will enjoy and regard as good value for money (and that doesn’t necessarily mean cheap).

However to improve my hit rate and hopefully uncover some new gems I’ve introduced a feature called Off the Shelf which, as the name suggests, reports on a random bottle I've plucked from a shop display. You’ll find the first one under Wine Finds (renamed from Drink of the Week) here.

And in the interests of transparency I will try and remember to state where the bottles I recommend come from - requested sample, unsolicited sample, press tasting, producer visit or whatever. You’ll have to make up your own mind whether that’s affected my judgement!

I wonder if all this isn't just writers getting themselves in a tiz over wanting to be proved independent and ethical. I cant really see many 'normal' people even thinking about it. Once you have built up a reputation and people find they have similar likes/dislikes I don't think it really matters. Press trips to producers at their expense might be worth high lighting though.