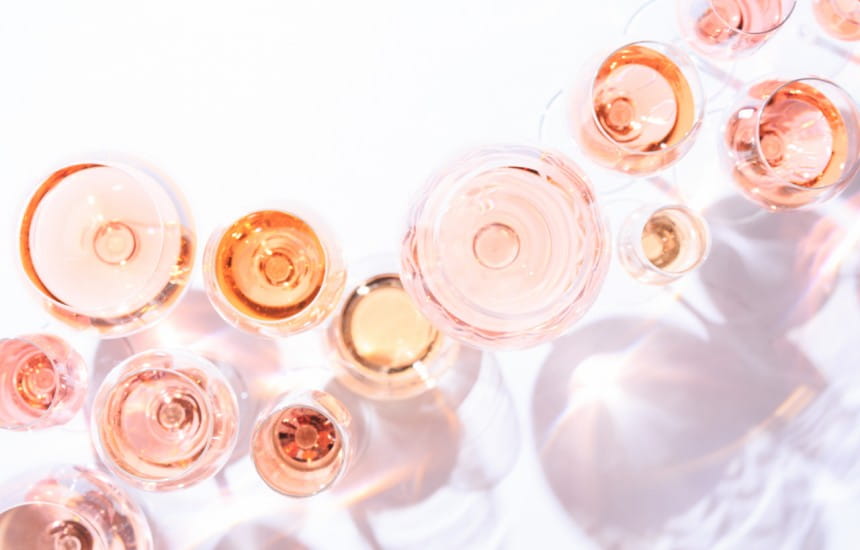 My inbox for the past couple of weeks has been full of gift ideas for Mother’s Day and when it comes to wine that’s all about one colour - pink.

“Beautiful bubbly for mums that are proseccond to none!” trills one press release. continuing, with an apparently straight face “there’s something to tickle every mums fancy.”

(If the drink is not pink then it has to be fizzy or preferably both. Pink prosecco has been an absolute godsend to the gifting business.)

"Spoil mother’s [sic] with delicious bubbly from crisp pink champagne to ideal prosecco tipples." invites another. Would an agency use the word 'tipple' in a Father’s Day press release? I doubt it.

Now I know wine retailers have to work on the basis of what *most* women want and it’s true that most mums, particularly younger mums, like rosé. Actually mums would be so grateful that someone else had taken responsibility for buying the wine they’d probably drink anything.

But it’s a lazy cliché to assume all mums are the same, given they range in age from twenty to eighty. Some would actually like a bottle of ordinary champagne (which tend to be cheaper than rosé champagne too). Others - and I’m thinking of you, Red Wine Caroline - would prefer a lush red. Yet others would be thrilled with a bottle of gin or, if they’re pregnant and not drinking, a glamourous gin substitute which again doesn’t have to be pink.

So hats off to The Wine Show for sending out an email than suggests women might like a special glass or a decanter or, even better, an expensive wine storage fridge (or is that subtly targeted at male subscribers who might be reading it and want it for themselves?)

The other prevalent myth is that mums are all gagging for something sweet, chocolates in particular or, as another press release suggests, tiramisu flavoured coffee. (Massive eyeroll) Well not this female parent although I admit that is probably less typical. I may be the only person who can cohabit with a box of chocolates and leave half of them uneaten. Buy me a selection of cheese though, as The Fine Cheese Co suggests, and I’m in clover. (That is not a sponsored plug btw I just happen to be on their mailing list.)

You might argue that this is an overreaction. It’s all about encouraging us to treat our mums and what's the harm in that? Quite simply, it’s the perpetuation of stereotyping that starts with little girls and bedevils young women who want to be taken seriously. And extends to men, obviously, who if truth be told, like sweet things just as much but get given whisky on Father’s Day instead.

In my view the same rule should apply to Mother’s Day as birthdays and Christmas presents. Give your mum something that she’ll really appreciate, whatever colour it is.

If you're a mum or, come to that, any human being let me know what you think!

Image by Ekaterina_Molchanova at shutterstock.com

I hate pink drinks. I launched Mooze 12% this year as one of those substitute Gins you mentioned. Distilled in the same way, by award winners in Essex but just 0.3 units with tonic. Buy online.

There is so much more out there than pink. Good Red wine any day.

I don't either, Carole and as you'd expect from this site I like to eat with it too!

I don't mind a decent rosé from time to time, usually on a warm summer afternoon in the garden, but my tastes run to things like Tavel, Côtes de Provence rosé or a Rioja rosado, not the horrible sticky stuff you see on many supermarket shelves. I think that successful pink wines need to be dry and have a fair amount of backbone.