Wine is for sharing: it’s the drink of conviviality and the table, food and company, the elixir of good times.

There is, however, another aspect to Dionysus’ gift. It calls for low light and solitude, quiet and reflection. If there is music, it is unobtrusive. If there is food, it is in modest quantity, there not to lead, but to support. Called vini da meditazione by the great Italian writer and connoisseur Luigi Veronelli, these wines were meant to be one-on-one affairs between the oenophile and his or her wine.

The qualities that make a “meditation” wine are not strictly defined, but typically it has to be complex and very well made. It is usually suitable for ageing and has gone at least some way towards maturity. Sometimes it is said, erroneously, that it also needs to be sweet and/or over-alcoholic. In reality, the most important quality of a vino da meditazione is to be intellectually stimulating. You wouldn’t want a boring partner in a one-to-one conversation, would you?

I will understand if you think that I’m just trying to wind you up. After all, champagne looks like the complete inverse of a vino da meditazione. It is drunk at the beginning, not the end, of a meal. It’s the drink of weddings and graduations, sport victories and business deals, not of solitude, but of big groups toasting to life.

Even if one wanted to drink it alone, it doesn’t lend itself to a single pour, the fleeting nature of bubbles being notoriously tricky to preserve, above even the technological might of a Coravin.

In a way though, Champagne is a victim of its own marketing success. True, some of the non-vintage supermarket cuvées, or even some of the lower-end grandes marques, might be better suited to spraying on your fellow F1 drivers on the podium. But aim a bit further up and you are rewarded with powerful, elaborate wines with multiple layers of aromas and flavour. At the top end, as in the case of the Holy Trinity of Dom Perignon, Krug, and Cristal, you have wines of remarkable complexity, gripping intensity, and at times astounding creativity. For the oenophile, they provide an intellectual stimulation that demands full attention. You might be surrounded by people, but the affair becomes strictly one-on-one.

Like Bordeaux and Chateauneuf-du-Pape, Rioja is an area where the fame of the reds outshines some excellent, and occasionally outstanding, whites. Young or unoaked white Rioja is a food wine, needing some seafood or grilled vegetables to accompany. It is the oaked, aged takes that are of interest here though.

The traditionalists of López de Heredia produce what just might be the best value-for-money white in Europe in Tondonia Blanco Reserva. Released well over a decade after the vintage, including six years in oak, it can easily take a further decade or two in the bottle. Elegant, aromatic, and very dry, it is a wine that rewards thoughtfulness. It can accompany a carefully curated meal, but it is also happy with a small snack: some green olives, a plate of pimientos de padron, maybe a bit of manchego. And when you are ready, invest on the magnificent peculiarity that is the Gran Reserva: it is not the easiest of wines, but it is one of the most interesting. A few slivers of jamón ibérico and a couple of thin slices of good bread are enough to see you through a glass.

Autumn is prime time for the elite of the northern Rhône to grace your table. If you are lucky enough to have suitably long aged Cornas or, even better, Hermitage (and if you do, brother, can you spare a glass?), now is the time to open them; these dark and earthy marvels need gamey and ferrous flavours to be tamed. It is, however, the gentler, occasionally viognier-tempered, Syrah of the “roasted slope” that makes a meditation wine for me. Prices at the higher end can match Hermitage for silliness, but I am happy with something as relatively reasonable as Chapoutier’s Les Bécasses. You need to start early though: I am waiting at least two more years before I start diving into on my 2010s. Alternatively, look at the Wine Society, which conveniently stocks the 2006. Pour just one glass. Put a bit of pâté on grilled bread. Ponder.

Pinot Noir, the great prima donna of the French vineyard, makes for a natural meditation wine when at its best. Or so I hear, as the stratospheric prices put the great crus far beyond my reach and there is only so much thinking one can do with a glass of a village-level Fixin.

Instead, I look a couple of hundred miles to the southwest, at pinot noir’s transalpine opposite number. In Barolo and environs, Nebbiolo starts too muscular and virile to imbibe solo: it needs to dance with steak in its youth and argue with truffle in its middle age. But some time around the 15-year mark, when the sharp edges have mellowed away and the nose has finally attained perfect poise, the intellectual side of The Foggy One finally comes out.

One of my star wines of last year was a Pio Cesare Barolo 2000. At 17 years of age, it had started showing hints of caramel on the nose, was gentle enough not to harm a bit of Toma di Balme, yet robust enough to take on a bit of Crudo di Cuneo.

I would understand if you thought that the way I have been compiling this list makes vinous meditation sound like an extremely expensive sport, if not an outright vice. Lamentably, it is probably a bit both. If, however, you want to stay on a budget, you can hardly do better than sherry.

Wine people have been saying that it is due for a major comeback ever since I can remember, yet even in these more adventurous years, it remains an underperformer.

While this state of affairs is very unfair to the good people and excellent winemakers of Jerez, it does have the advantage of allowing the rest of us to buy wine that is complex, interesting, and different, at remarkably low prices. Marks and Spencer stocks a range of Lustau-made sherries, the more interesting of which, such as the oloroso and the palo cortado, would still be bargains at one-and-a-half times the price.

And if you do want to invest in a more extravagant sherry, wonders await. Tradición’s VORS 30 year old Oloroso is only the latest to blow me away, a multi-layered marvel that needs only a biscuit and a thin slice of Gruyère – or maybe a handful of hazelnuts.

It’s not just sherry: fortified wines are natural vini da meditazione. Complexity and intensity come easy to them, while the high alcohol suggests sipping as opposed to quaffing. In many ways, vintage port is the quintessential meditation wine and one of the two I considered a bit too obvious to include here (the other being Amarone).

Sweet wines come close behind, and one could make a case for many, from Sauternes, to trockenbeerenauslese, to Passito di Pantelleria. Allow me a left-field suggestion though and a bit of a cheer for the home team. The island of Samos in Greece makes sweet wines from the local Muscat variant, which are beautifully honeyed and elegantly moreish, yet somehow still remain very under-priced.

Waitrose stocks the classic Anthemis, a great match for many traditional Greek and Middle Eastern desserts, for just above £10 for 500ml. It is, however, the odd bottling of decades-old Nectar, a naturally sweet wine of sun-dried, overripe grapes, that achieves the truly profound. In recent years, the local co-operative has released limited quantities of the 1975 and 1980 vintages, both outstanding vinous experiences that demand one’s complete and unwavering attention.

You don’t have to take my biased word for it; Jancis Robinson gave the 1980 a very rare 19/20, above venerable ports costing many times the price - and you don’t have to remember if you need to pass it left or right.

So what is your perfect vino da meditazione? Do you agree with Peter or have another favourite?

Peter Pharos likes drinking, talking and writing about the wines of Greece and Italy. He also writes a bimonthly column for timatkin.com. (That's not him in the picture by the way but a stock photo ©tverdohlib @fotolia.com!) 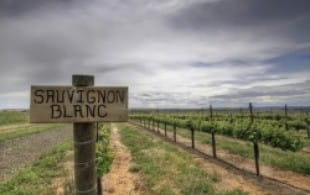 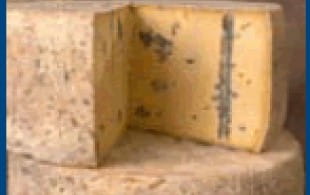 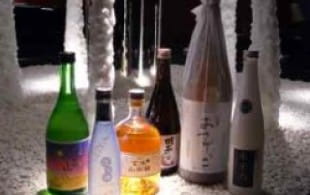