The Cercle, which is under the same ownership as Club Gascon in Smithfield, already pairs wines by the glass but this is its first venture into spirits. The ‘Imperial Vodka Trio’ has been put together by their young Russian sommelier Natalya Zagrebina who used to work at Caviar House and, as you would expect, has a great feel for the drink.

She serves 3 shots of vodka paired with 3 different preparations of Caviar d’Aquitaine, a high quality French caviar, farmed in the Gironde estuary.

The first, the super-premium Ultimat vodka, is served Russian-style, chilled with a mini blini topped with sour cream, flavoured with chives and black pepper (You spoon your own caviar on top from the 30g tin in front of you) The attraction of the match is in the combination of textures. It’s clean, pure and perfect.

The second is a cool shot of Ketel Citroen with some lightly cooked sea bream and a mound of minutely diced pear and celeriac. (Again you spoon over your own caviar) Here the excitement lies in the richness the oily vodka adds to the plate and the rich lemon zest flavour which lifts the neutral flavour of the fish.

The third is a shot of Zubrowka (bison grass flavoured vodka) served at room temperature with steak tartare on toast, a perfect match from the point of view of the grassy earthy vodka and the raw fish and meat but not quite as refined as the other pairings.

A fantastic way to start an evening and a technique you could easily adapt to a home dinner party (using a less expensive vodka and the excellent Onuga (www.onuga.com) if the budget won’t run to the real thing. 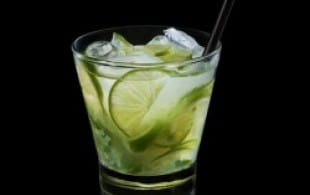 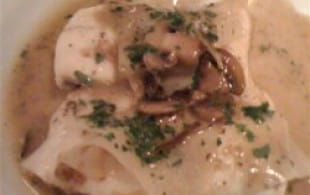