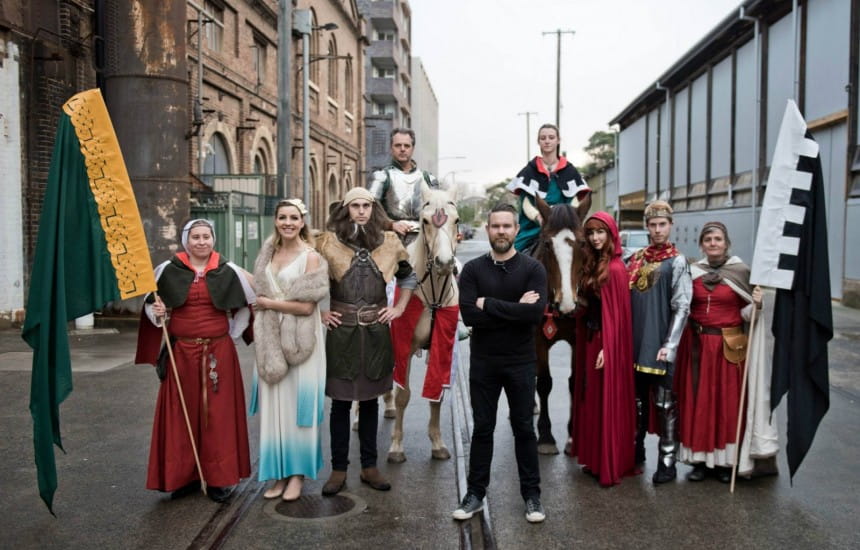 Nowadays you have to commit yourself to at least a long weekend away and may even have to pack a passport. That’s before being asked to sign away your life to take part in some sort of out of body experience that involves being dropped from an enormous height. Why can’t we just go to a bar and have a drink?

Yes, when it comes to going out we are no longer happy just with an afternoon down the shops, a quiet meal at the local Italian, or a chance for a chat over last orders. No, days and nights out are planned to military precision. Where it’s all about the ‘experience’.

It all stems from the smartphone

We can, quite justifiably, blame all those youngsters for changing how we all now behave. On, and the smartphone. Previous generations were quite happy hanging out under a street light sharing a bottle of cider. They knew that was the best experience they could have on a night out. The smartphone generation don’t even need to leave the comfort of their own bedroom to explore the world. Be it through movies, video games, or social media where they can be constantly in touch and chatting to friends.

If they are going to be enticed outside, then it has to be for a very good reason.

It’s the same up and down the high street. Retailers can no longer just get away with putting products on shelf and expect loyal customers to flood through their doors to buy them. They need to be cajoled with personalised email offers, tweets, pictures on Instagram and the promise of much more if they can be bothered to go and visit in person.

Retailers are now in show business, using every trick in the book to make themselves stand out and appear as attractive as possible. Staff, for example, at the new John Lewis department store in Oxford are being given acting lessons on how to control their body language and talk to different types of customers.

Airbnb is no longer just in the business of putting people with spare rooms and apartments in touch with travellers looking for a place to stay. It now has its own ‘experience hub’ and is looking for what it calls ‘Experience Hosts” in cities across the world who can offer guests and their local communities memorable things to do. Be it hosting a pop up restaurant in your home, taking people on a tour of the local aquarium, putting on a poetry recital, anything that is beyond the norm.

It’s the same when we go out to eat and drink. We are now being invited to special theme nights at restaurants and bars. Given the chance to help cook our own meal, learn how to make a cocktail, be shown how to dance a waltz, watch a full burlesque variety show.

Wine tastings are also being given the Hollywood treatment. We might once have been quite happy with a few slices of cheese or salami to go along with our tastes of wine. Now we might expect to see an authentic fire pit outside making fresh breads and grilling meats to accompany a specialist Greek wine tasting. 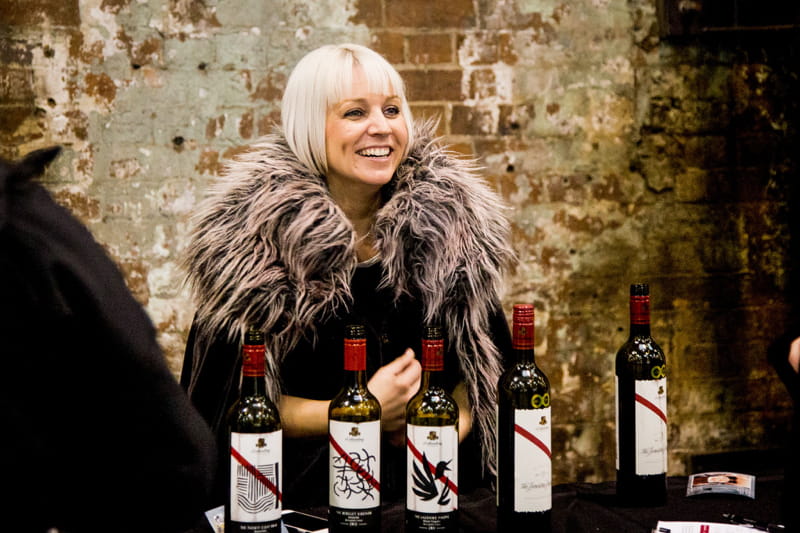 Themed wine tastings are becoming big business. Take Revel in Australia which puts on shows like Game of Rhones, that attracts hordes of people all dressed up as their favourite Game of Thrones character. Its founder, Dan Sims, has this vision for the future of wine and food events. “It should be fun first, facts second, engaging and inspiring and never the tired old take on wine education and tastings. We live to create remarkable experiences that people love and learn from. Our mission is to the change the way wine (and food) is experienced and communicated on a global scale.”

Other events it has hosted include Pinot Palooza, Oinofilia.wine, its celebration of Greek wine, or its Argentina extravaganza, Gauchito Gil, named after an Argentine Robin Hood-style folk hero.

It’s all happening in the US as well with events like Wine Riot that are also out to revolutionise wine tastings and make wine hip and happening to younger wine drinkers. Here’s how it describes its approach: “Think of us as your cool older cousin that bought you your first drink, your personal spirit guide into the exciting world of wine. There is no right or wrong way to enjoy wine but don’t you wish someone told you to skip the wine coolers and go straight to rosé?” 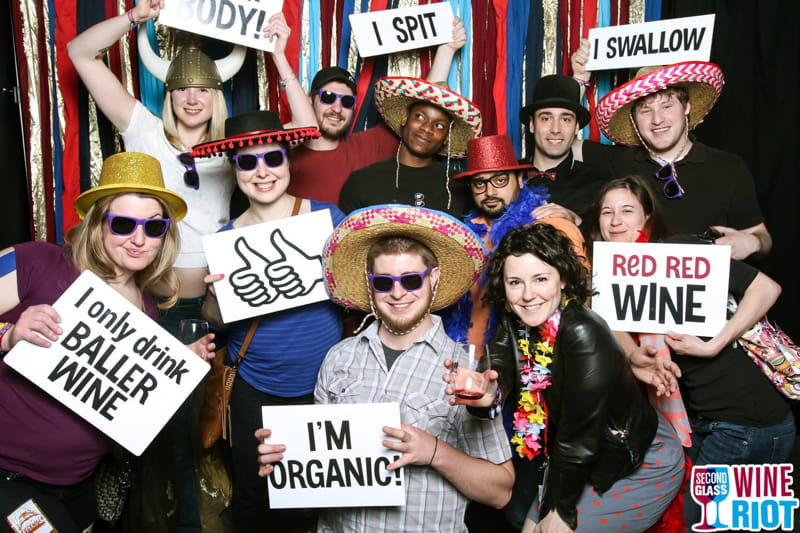 Which for Wine Riot means tasting wine in more of a nightclub environment where you can dress up, mess around in fancy dress photo booths, and go home with a fake wine themed tattoo. Here’s its elevator pitch: “We’re two parts education and one part revolution, Wine Riot has reinvented ‘wine tasting’ for the thirsty and curious. Grab a glass and hit the floor.”

Where the marketing spend is going

Closer to home consumer wine events have been given their own cortisone injection with all sorts of events packing out venues up and down the country. Specialist wine retailers have been able to tap in to a huge demand from their loyal customers to attend their growing roadshows around the country. For the likes of The Wine Society, Naked Wines, Majestic Wines and Oddbins hosting such events are a much more important part of their marketing and advertising spend than ever before.

Then there are the “you’ve seen us on TV” style tastings where you get the chance to meet and taste wine with wine celebrities like The Three Wine Men roadshows featuring TV personalities Oz Clarke, Olly Smith and Tim Atkin MW. In another city near you there might be The Wine Gang, made up of wine writers who have columns in the national press.

More in keeping with what is happening in the US and Australia are pop up events like Tapas Fantasticas and other similar consumer events from Wines of Rioja. Major Spanish wine brand, Campo Viejo, has taken over London’s South Bank for its Streets of Spain wine and food extravaganza where you could visit experience zones and see how the same wine tastes in different coloured rooms, as well as enjoy local Spanish food.

All the big food festivals, such as Foodies and Taste of London and pop-up street food markets, like Dinerama, also feature a large wine element such is its appeal to their target audiences.

But as quickly as these events have appeared, the harder it has become to stand out and be seen as genuinely new, different and interesting.

Ask Andrew Maidment, the UK head of Wines of Argentina, who has been responsible over the last few years for putting together a series of breakthrough consumer wine tastings nights that are like being whisked off to the streets of Buenos Aires.

He first created ‘Cambalache’ which gave guests the chance to taste wine, but also learn how to be an Argentine gaucho, spray graffiti paint Argentine-style, or learn how to dance the tango. That then evolved in to a £100 a night Michelin-starred Argentine dinner, served canteen style on wooden bench tables. Before this year becoming a stripped back event that started out as a traditional tasting before being transformed in to a full blown rave with Shoreditch House DJs.

Maidment says the bar for what people now expect from a night out, is being set higher and higher. “Five years ago we sold out our Cambalache events within hours. It was very different. No-one was doing a wine event like this. This year it has been a lot harder. There is so much competition now and you have to work far harder to stand out and offer an experience that will pull people in” he explains.

Ultimately you would like to think it would be down to the wines themselves to be the main attraction at a wine tasting. But unless you have the rarest, most expensive wines known to man, which would be an experience in itself to taste, you have to work a lot harder than just bringing a corkscrew and a wheel of stilton with you.

It means, though, we are all in for plenty of good times ahead. No spittoon required.