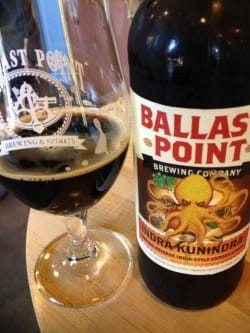 "There are many reasons to visit San Diego, among the best of them being whale watching and surfing, but I am here for the beer. Considered a one-trick corporate pony not that long ago, awash with the insipid likes of Budweiser, Miller and Coors, there has been an explosion of independently run microbreweries in the US producing lovingly crafted, strong, pungent, flavour-packed ales. Add to that hipster credibility, with hot new bars around the world offering a line-up of US craft beers, and you have nothing short of a brewing revolution.

There are more than 2100 breweries across the US, and 97% of those are small and independent, according to The Brewers Association. San Diego, which claims to be the craft beer capital of America, has no less than 65. High-flying executives have ditched their suits for the craft brewer uniform of cargo shorts and beards and live out their hop-fuelled dreams in this rapidly expanding market, scooping up a mantelpiece full of awards along the way. Two of the last three World Beer Cups have been won by San Diego breweries, famed particularly for their strong, flavour-rich IPAs.

And I mean strong. We downed a couple of bottles of Stone IPA found in the mini-bar of our hotel (Tower 23*), to watch the surfers as the sun went down from the balcony of our hotel, and found ourselves staggering wobbly-legged down to dinner. It has an abv of 6.9%, which is pretty standard - most craft brews here start at around 6% abv. So leave the hire car behind and call Summer.

Brew Hop Tours was co-founded by Summer Nixon six years ago, when the craft brewing industry here began to take off. She whisked us around some of the best in her black Lincoln Navigator, a mine of information on the now thriving business that has ignited a passion in San Diegans that is unrivalled elsewhere. And if beer isn’t your thing – it certainly will be after a tour with Summer, who sees it as something of a challenge. “If someone says to me I don’t really like beer, I always win them over,” she grins. 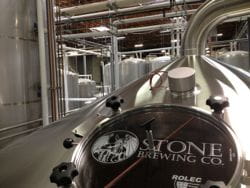 Stone leads the way, a shiny beacon of a brewery, and the 10th largest in the country, located on a hillside 38 miles north of the city. It trailblazes with a never-ending roster of innovative brews, and has become one of the top attractions in the area. It has made its name with its distinctive IPA, though park any reference to British-style IPA - this is very different, with strong, hoppy flavours. “The hops are what defines San Diego beers,” declares head brewer Mitch Steele.

The 177,000-barrel brewery, orchestrated by 20 brewers, is open daily, hosting some 50,000 visitors a year. “But we don’t brew to style – we like to push the envelope,” says Steele. Its popular Arrogant Bastard Ale was actually a stylistic mistake, admits Steele, but it’s now one of their most famous beers.

Many make the brewery tour at Stone but most come for the food and beer. The pairing menu is the most sophisticated in the state, and can be enjoyed in its on-site one-acre beer garden, or in its newly opened brewery and restaurant by the airport. Best match? Stone Smoked Porter with duck tacos. 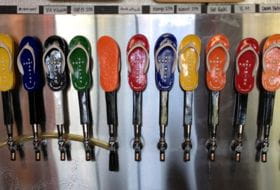 Our next stop is Lost Abbey, the fifth largest craft brewer in San Diego County, making 12,000 barrels a year, where we meet head brewer and founder Tomme Arthur. Several hundred people will bundle through here on a Friday night for its line-up of innovative brews, including Carnevale blond, fermented with brettanomyces – “which brings out its sour flavours,” explains Arthur, and a sweet, fresh French-style bière de garde called Avant Garde with a 7% abv, plus an ale brewed with raisins, Mayan Apocalypse, at a whopping 10.5% abv.

Things get even more aromatic at Ballast Point Brewing Company, next visit on our list. Indra Kunindra is a dark, aromatic stout with a 9% abv made with toasted coconut, kaffir lime leaves, cumin and cayenne pepper. “It’s magic with Vietnamese spring rolls,” offered head brewer Yusef Cherney, as we downed a small glass. Next up is Victory at Sea, with a 10% abv, a coffee and vanilla-flavoured Imperial Porter, but it’s the Sculpin IPA that scores highest for me, made from seven different hops. 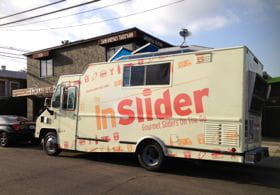 Another favourite was the Thorn Street Brewery in San Diego’s vibrant South Park neighbourhood, a short taxi ride from downtown. It’s here that Dennis O’Connor (taxman by day, brewer by night) sells his eight beautiful brews, including some of the best IPAs I’ve ever tasted from his modest 1500-barrel brewery.

The beers (O’Connor offers tasting flights) wash down a trio of gourmet sliders with truffle fries bought from the food truck (In-Slider) parked outside.

San Diego is food truck heaven – and another good reason to visit the city. You can’t roll-up to a San Diego craft brewery without stumbling across a gourmet food truck. They park up outside in rotation, offering sushi to sliders. Locals' favourites include In-Slider, Sweeners, MIHO, Gastrotruck and Epic Eatz - to track their whereabouts visit sdfoodtrucks.com. 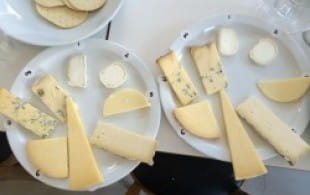 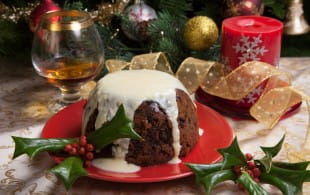 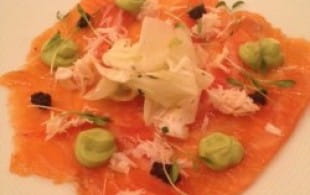