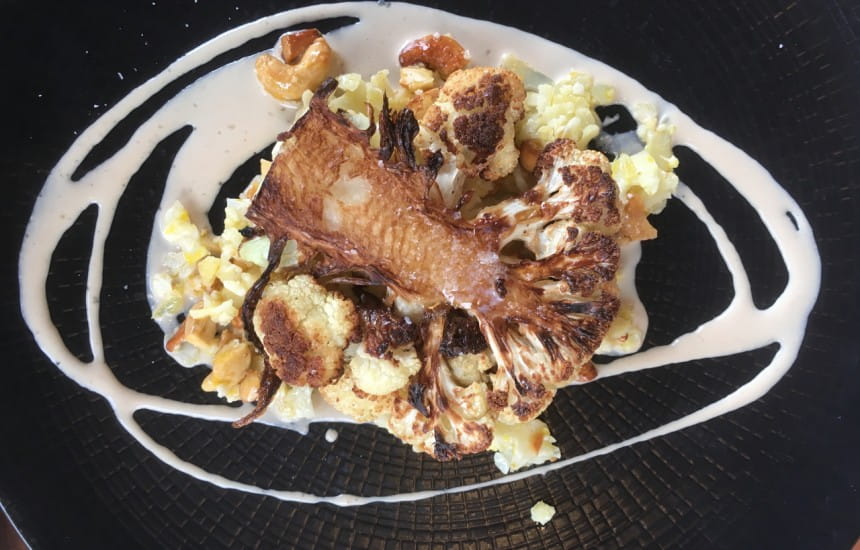 Yesterday when I heard the news and called to book the phone was answered Chicken Shed. By the time I arrived that evening the restaurant had been totally rebranded.

Never a slouch at picking up on trends Eggleton already owns three other restaurants in Bristol - Yurt Bistro which has a menu based on offal and other ingredients that might otherwise be discarded in the average kitchen, Salt & Malt a fish and chip shop which uses a gluten-free batter and the Kensington Arms gastropub as well as the Michelin-starred Pony & Trap in Chew Magna. He says he abandoned Chicken Shed because he wanted to based it on ethically reared birds which ironically are ill-suited to deep-frying (something to note if fried chicken is your thing). It’s probably hard to make the requisite margin on a chicken shack too.

Although he’s behind the stove himself this week the kitchen is and will be in the capable hands of his former head chef at the Pony & Trap Rob Howell.

So what’s it like? Well judging by day 1 it’s certainly hit the ground running. Cheap and really good. There’s a short(ish) menu of vegetarian dishes that will regularly change according to Howell with - clever idea - sides of meat rather than more veg. We were actually so excited by the veggie options that we forgot to order one but could have had lamb belly or barbecued ox heart if we'd felt meat-deprived.

Putting beetroot and blackberries together is a stroke of genius - better still with roasted hazelnuts. Molten gruyere cheese and onion croquettes and crisp, flaky flatbread are insidiously moreish. The food is super pretty but not pretentious and with most courses around £5-6 incredibly well priced. There’s a decent wine list all available by the glass - organic and biodynamic options are apparently to follow - and a nice short selection of vermouths (‘course there is).

If they can keep up the standard and the prices it will be fierce competition for the other restaurants on Wapping Wharf especially Box E (did they have to set up something so similar *right* next door?) and Tare but that’s the way Bristol rolls right now.

Hopefully Bristolians won’t lose their appetite for eating out but with food this good why bother to cook?

Root is on the first floor of Cargo by the Gaol Ferry Steps BS1 6WP Tel 0117 930 0260. Open Wednesday-Saturday lunch and dinner and Sunday lunch.

I went again today and it was equally good if not better. She'll love it!

Mrs 12 is veggie - and we're in and around this area in a few weeks. Can't wait to take her there. Veg food for her, good wine for me - sounds like a win win...