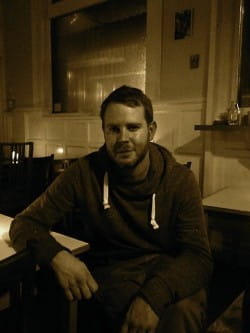 It was on my radar already as one of my occasional contributors, ex-sommelier Donald Edwards (right), is one of the partners and had put together the winelist (more on that in a minute) And I’d read some great reports on the food so when I took up temporary residence in East Dulwich over Christmas it seemed too good an opportunity to miss.

Talking of missing things you could easily walk past. It would be an understatement to say it isn’t smart. Basically it’s a shack with an outdoor barbecue and a main room that looks more like a community centre for disaffected yoof than the deli it apparently was in its former existence. I say this not because it's not congenial (it is) but because I don’t want you to go trekking across London thinking you’re heading for some polished designer joint.

The food - billed as pan-Balkan by Albanian-born chef John Gionieka - is something else, though. We went on a Sunday night, just after Christmas, just as they were closing, which must have been the worst possible time for them. They’d run out of a couple of dishes* but that didn’t stop them serving up a feast. 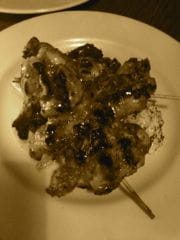 Our two shared starters (the octopus was sadly off) were some irresistibly fat, juicy, smokey chicken ‘winglets’ with tsatsiki and sucuc, a spicy sausage with shakshuka, the middle-east’s answer to ratatouille.

Amazingly the mains - a let-down in so many restaurants - were even better: slow roast lamb with a punchy citrussy avgolemono sauce, a sublime beef stifado with cauliflower purée and, because they’d run out of the other mains, a hefty slice of grilled manouri with butter beans and a generous dollop of skordalia. No pretty pictures of the first two because the light was dim and stews never look that alluring. But what a relief to have food that tastes better than it looks. Give me substance over style every time. 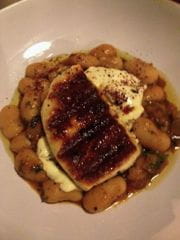 The only disappointment was a slightly stodgy pistachio and orange cake with poached quince ice-cream. I’d venture that desserts aren’t their strong suit. If I were them I’d just stick to a selection of ice-creams which would reduce the pressure on the tiny kitchen.

Oh, and the wine. The wine list is brilliant - quirky, adventurous, full of rare treats from Greece and elsewhere in the Eastern Med (so massively on-trend). Several like the Simcic Opoka Ribolla - an orange wine from Slovenia are quite out there, others like the Greek reds, rather more mainstream. If that still makes you nervous stick to the basic Bulgarian house white and house red at a very reasonable £16.50 a bottle. Oh, and the Eduardo Miroglio Brut Zero, an amazingly classy Bulgarian sparkling wine is a great way to kick off the evening.

This is the kind of restaurant you (or rather I) wake up in the middle of the night dreaming about. The kind of place where chefs head after work and the sort of food I’d make myself if I had time, lived in Albania and had an outdoor grill. Not flash food to impress but food to feed the soul.

My son and daughter-in-law took me there so I don’t know what they paid for the three of us but I’m guessing about £25 a head for food. Ridiculously good value.

More about the delights of sarf London here. 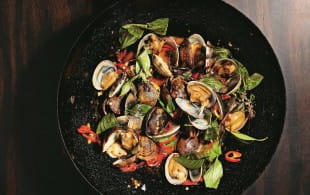 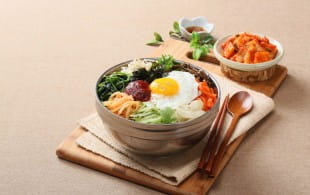