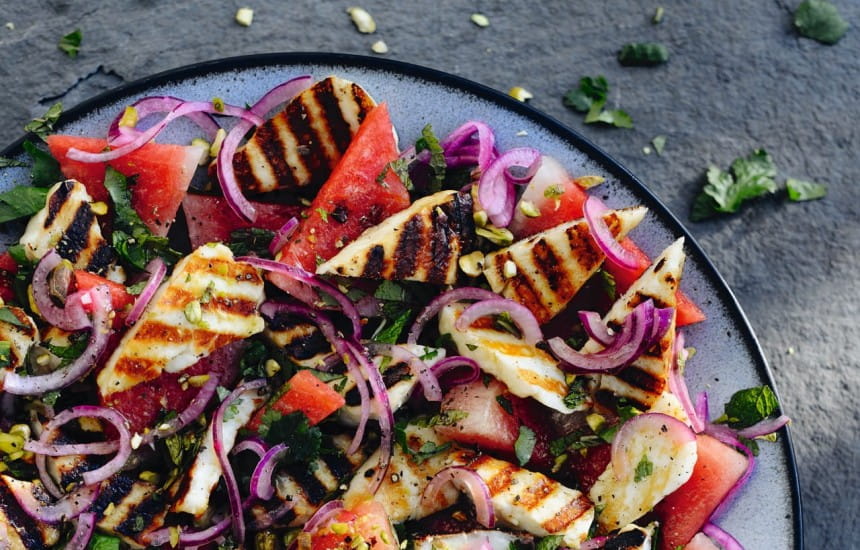 Gen writes: OK, I’ll admit that no actual vegetables were grilled in the making of this salad but I hope you agree it is worthy of inclusion. And, after all, grilled halloumi with almost anything is very much worth eating. You cangrill watermelon (useful to know if your melon is a little underripe), but I do prefer its texture when eaten raw.

zest and juice of 2 limes

Put the onion into a small bowl with the lime zest and juice and the sugar, stirring until the sugar has dissolved. Set aside for about 30 minutes while you prepare the rest of the salad.

Cut the watermelon into 1cm (½ inch) thick wedges, trimming off the rind as you go. Spread over a large platter.

Fire up your barbecue ready for direct grilling, or heat up a griddle pan on the hob.

Drizzle a little of the oil over the halloumi (save the rest for the salad), then place directly over the heat on the grill bars. Cook for 2–3 minutes, until seared, then turn over with a fish slice and cook the other side. Once the halloumi is cooked, cut each slice in half on the diagonal and scatter over the watermelon.

Sprinkle over the coriander, mint and pickled onion slices, drizzling over the lime juice from the bowl too. Scatter thechopped pistachios over the salad Finish with a generous drizzle of olive oil and a grind of salt and pepper and serve immediately,while the halloumi is still warm.

What to drink: Any crisp fresh white would be great with this from an albarino to a sauvignon blanc.

Extracted from Charred by Genevieve Taylor, published by Quadrille at £16.99. Photograph © Jason Ingram. 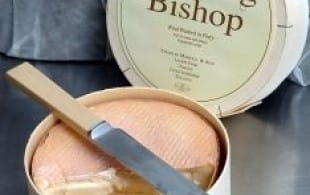 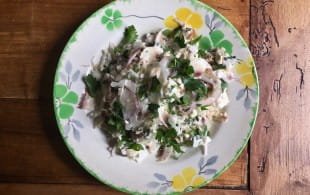 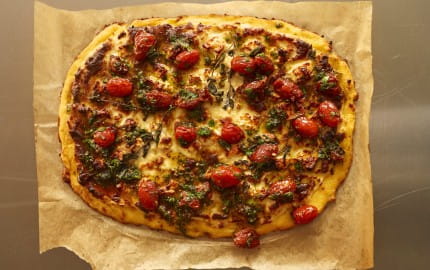 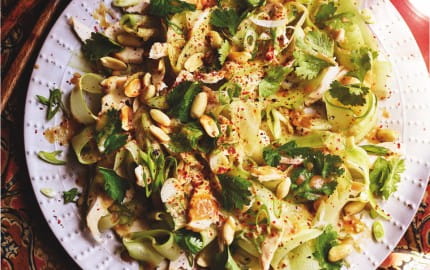