Ever tried chocolate with smoked salmon? Or with butternut squash soup for that matter? Unlikely matches, I'll grant you, but 'chocolate' - in its confectionery guise - is actually a misnomer. It's most likely cacao you'll be cooking with in future, if the founders of the fashionable chocolate brand 'Venezuelan Black' have their way.

Real cacao adds depth of flavour, not to mention a discreet but lengthy aftertaste to savoury dishes, and a recent tasting held at Berry Bros & Rudd's Pickering Cellar, co-hosted by Tania Harcourt-Cooze of Venezuelan Black and Rebecca Lamont, manager of Berry Bros & Rudd's wine education school, was an intriguing insight to chocolate and wine pairing that convinced me there's nothing crazy about savoury chocolate dishes.

The Harcourt-Coozes featured in the whimsically named television series 'Willie's Wonky Chocolate Factory' on Channel 4 earlier this year. Their mission was to be the first organic chocolate producers to grow and make 100% cacao from bean to bar, with many adventures and mishaps along the way.

Whilst Tania talked us through the history of the 'Venezuelan Black' project, we nursed an aperitif of Mailly's Blanc de Noirs Grand Cru Champagne. Much like wine, the origin, terroir, and microclimate of cacao trees determines the quality and flavour of the highly sensitive cacao bean, and like grapes, the beans require expert handling. The two most crucial factors influencing the eventual quality of the chocolate, Tania told us, is the stage after the beans are retrieved from their pods (at their plantation El Tesoro they place them in an oak box to lock in flavour) and the method of roasting, a finely calibrated process that can make or break the chocolate's aroma.

As an ingredient, all one needs to do is grate the cacao into dishes ' it melts at low temperatures and fuses seamlessly with other ingredients. The first plate demonstrated two ways of incorporating chocolate into starters. First a delicate, mildly smoked salmon served with cacao bread. Sounds strange but the cacao gave it an appealing dark, treacle colour and a hint of bitterness which made it the ideal alternative to salmon's traditional partners, Irish soda bread or Germanic rye.

Winewise we had two options to match with the salmon - a food-friendly 2006 Tres Olmos Bodegas, a Spanish Verdejo white from Garciarevalo in Rueda, and a sublime 2005 Clos Blanc de Vougeot, 1er Cru, Domaine de la Vougeraie from Burgundy. The former, with its crisp acidity, made a perfect partner with the salmon I thought, whereas the classic, delicately oaked white Burgundy was a better pairing for our second starter: spiced butternut squash soup with cacao creme fraiche. The slight curried note in the soup could easily have overwhelmed the wine, but Rebecca calibrated the pairing perfectly, with the Burgundy's length emphasized by the butternut soup. The sprinkling of cacao in the crème fraiche was a deft touch, subtle but enough to alert one to its presence.

The second round offered four wine matches with two main dishes: the first dish a porcini risotto with grated cacao was bursting with umami, a real cracker of a dish that to my mind definitely called for a red Burgundy. Yes, we were offered a 2006 Dog Point Pinot Noir, from New Zealand's Marlborough region, and a fine example of New Zealand Pinot it was, but this was no contest ' it was the 2002 Chambolle-Musigny, Les Plantes, 1er Cru from Domaine Bertagna with its fine earthy aromas, wild strawberry palate and extraordinary length that married the porcini risotto to perfection. The New Zealand Pinot, for all its exuberance, just didn't have the same nuanced complexity as the Burgundy, nor did it do the risotto any great favours.

The second main course, a roast loin of venison served with a cacao-infused jus, was a superb foil for the venison which was cooked a point, still pink and succulent. The two wines we sampled were like chalk and cheese: a 1998 Chateau de Beaucastel Chateauneuf-du-Pape was a spicy jewel of a red Rhone, its gaminess dissipating on the palate to reveal ripe red fruit. A perfectly executed wine for a perfectly executed dish. Our second wine a 1990 Chateau Gruaud Larose tasted surprisingly muted, possibly because it suffered the misfortune of coming after the robust Chateauneuf-du-Pape. The idea of fielding a red Bordeaux was fine, it just didn't match with the venison, or the risotto for that matter. One perhaps to keep for roast lamb.

The next course of this decadent tasting was a sampling of truffles made from four varieties of Venezuelan Black chocolate with champagne and Maury. All the truffles were made to Tania's recipes. A tropical Rio Caribe Superior with a lovely smoothness and hints of citrus - and I could have sworn a touch of coconut - was matched with the Mailly Blanc de Noirs, but I thought it went just as well, if not better with the proferred Krug Grande Cuvee with all its rich, toastiness (as did most of the truffles!)

Hacienda El Tesoro, Venezuelan Black's 'house brand' with its flavour of berry fruits was slightly sharper than the Rio Caribe, and worked better with the Mailly Blanc de Noirs, whilst the Carenero Superior, although made from exactly the same ingredients as the other truffles had a noticeably sweeter element to it and a nuttiness which made it rather a good match with Rebecca's suggested Southern French sweet red, a 2005 Domaine des Schistes Maury. Finally the San Martin, a bar whose characteristics change with each harvest, had a fruitiness which was enhanced by both the Maury and the Mailly.

As if the truffles weren't indulgent enough, we also had a sliver of Tania's Cloud Forest chocolate almond cake made with raw cane sugar. This was a rich, dense cake, ideal I imagine with an espresso, but the chocolate aromas, as Tania had correctly warned us, didn't come through as powerfully as in the truffles. Still, cake is cake and it was delicious.

Finally, a perfect way to send us off on a cold December night - a chocolate hot shot. This was a really invigorating little shot, which Rebecca mischievously enhanced with Berry's finest Cognac - my neighbour observed it would be the perfect après-ski drink. You can find the recipe on Channel 4's website for 'Willie's Wonky Chocolate Factory' and on the back of the labels of 'Venezuelan Black' chocolate (for stockists see their website www.venezuelanblack.com)

A Christmas special of 'Willie's Wonky Chocolate Factory' will be screened on Channel 4 December 17th. 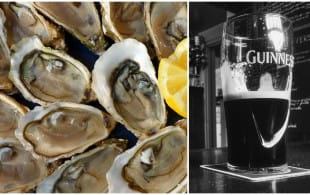 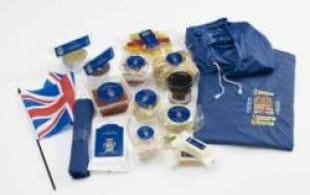 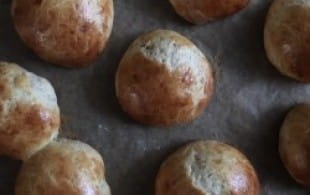