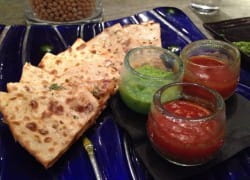 Despite the stoic resistance of a stubborn minority who maintain that beer is the only acceptable option with a curry, most fans of Indian food have come round to the idea that wine can be an equally enjoyable accompaniment. Especially in London which now has some of the most sophisticated Indian restaurants in the world.

Much of the credit for this is due to pioneering sommelier Laurent Chaniac who, together with chef Vivek Singh, has incorporated a gastronomic menu paired with serious wines into the regular menu at London’s fashionable Cinnamon Club - the first Indian restaurant to take wine this seriously. They also hold regular winemaker dinners.

Now Chaniac and Singh have taken their mission a stage further by attempting to pin down the effect that individual spices, or groups of spices have on wine and which types of wines they suit. They have discovered, for example, that onion seeds and carom seeds (also known as ajowan) soften the tannins and open up the fruit of young wines such as red Bordeaux and Cote de Nuits burgundies. They also deal with any herbaceous notes in young cool-climate cabernets. “Normally that kind of wine is an enemy of Indian cuisine” says Singh.

Other discoveries are that tamarind, the sour paste that is widely used in southern Indian cooking and which is sometimes used by Singh as a glaze for meat or fish, has a strange affinity with the earthy flavours of pinot noir that is made in the traditional way in open top fermenters. That the fragrant combination of mace and cardamom fires up New Zealand sauvignon blanc and that sandalwood (used by Singh in a tandoori chicken dish) hits it off with gewurztraminer.

Of course in the sophisticated world of Indian spicing, spices are rarely encountered on their own even within a single dish but are skilfully blended so that none predominates. “You should never be able to detect turmeric in a dish, for example” says Singh “but it will very often be there” But the presence of certain spices or spices of a certain style can lead the wine choice in a specific direction, wine becoming part of the overall harmony of the dish.

“When we work on pairings we always look at the spices before we look at the basic ingredient” says Chaniac. “The first issue is the level of heat. That doesn’t necessarily mean how hot it is - it can be a question of concentration.” “Some spices, such as chilli, cloves and cardamom, create heat in the body” chips in Singh.

“When you have a hot dish you need to go for a wine, usually white, with refreshing acidity and a certain amount of residual sugar” continues Chaniac. "The acid tones down the heat and leaves room for the fruit to express itself." An example in the Cinnamon Club Cookbook (£20 Absolute Press), in which he gives wine pairings for all the main recipes, is a dish of deep fried skate wings with chilli, garlic and vinegar, partnered with Australian riesling. Fresh spices and herbs such as green chillies, garlic, ginger and coriander also tend to suggest high acid whites rather than riper, barrel-fermented ones or reds.

For dishes dominated by dried chillies and other warm spices such as cloves the pair diverge , Chaniac tending to favour aromatic whites such as gewurztraminer and Tokay pinot gris and Singh mature, soft reds. “A red wine needs to be concentrated but with soft tannins and a finish which is quite dry” concedes Chaniac. “Older vintages can have a role to play. We like old-style Barossa wines, older vintages of wines like Grant Burge’s Holy Trinity but they’re hard to get hold of. Alternatively we look for a wine that can generate freshness like a cool climate pinot noir or a young grenache.” They tend to serve their reds cooler than average. “All our reds are in fridges held at 16° or 17°C.”

Individual spice blends can unpredictably buck the trend, “If you take a classic pickling spice mix composed of cumin, onion, fennel, carom and mustard seeds, mix it with star anise and then combine it with a grape such as cabernet franc from a very hot climate a wonderful alchemy will take place” rhapsodises Chaniac. “The grape will tend to release aromas of eucalyptus and liquorice which then marry perfectly with the flavours from the pickling spice mix.”

The pair are constantly pushing the boundaries of what is accepted practice in food and wine matching, challenging even their own preconceptions. Their general view is that oak doesn’t tend to work with spicy food but they have discovered that barrel-fermented chardonnay has a real affinity with cashew nuts and toasted sesame seeds. “We also came across a fabulous match recently of Chapoutier’s Le Mal white Hermitage 1997 (100% Marsanne) with a dish of prawns flavoured with star anise, cinnamon and cloves.” recalls Chaniac. “The honey and citrus flavours of the wine were stunning with the dish but the common thread was the liquorice flavour of both the wine and the food, accentuated by the smoky flavours of the tandoor.”

At the same meal Chapoutier had pulled another clever trick. “We were tasting a Cote Rotie that was structured and quite dense and he showed us that when you ate a few raw coriander leaves it became more lively and longer on the finish. Now we’re looking at the effect of herbs on wine too. We’ve already found that where mint is a component of a sauce an Australian style of shiraz works well.”

One word of warning: these pairings won’t work in a conventionally structured Indian meal where several dishes are served at once. At the Cinnamon Club they’re served as courses, Western style. And don’t serve your dish with a chutney unless it’s specifically designed to go with the recipe. “I don’t like people asking for a selection of chutneys as the balance of the dish can get lost” says Singh. “With a chutney there’s so much going on - sweet, sour, bitter. It stays on the palate for a long time.”

Other spicy combinations
Some spices are more powerful than others. Coriander seeds, for example, don't tend to affect a wine choice unduly while dried chilli (especially smoked), cloves and saffron, even if used in quite modest amounts, do. Here are some ideas drawn from other cuisines:

Black pepper - best with lush, ripe reds (but not syrah from the Northern Rhone. The pepper flavours cancel each other out!)

This article was first published in Decanter in April 2005. 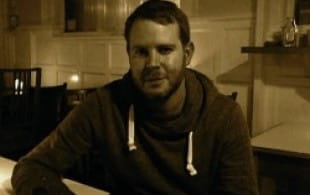 Nice article. I have found an article on Indian food and wine thought of sharing it with you. https://www.indianfoodandwine.com/2017/06/top-five-indian-wines-to-go-for-this.html