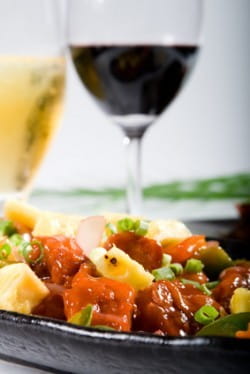 The most common explanation is that it’s not a question of taste but of face. Bordeaux labels impress according to wine writer and MW Jeannie Cho Lee of Asian Palate but it’s not only about the status of the host. “Ordering an easily recognised wine label shows an acknowledgement of the importance of the relationship with the guest, sending a clear message to the recipient that says, ‘This is how important you are to me’. This is not limited to wine but has always existed in our food culture - high grade abalone can cost over US$200 for a single small serving.”

But why Bordeaux, rather than the more food-friendly burgundy? “Because the Chinese have a strong love of prestigious luxury brands and Bordeaux is the most prestigious accessible wine brand” says Doug Rumsam, managing director of Bordeaux Index in Hong Kong. “Burgundy is much more difficult to get your head around. It’s much less about food and wine matching than the best they can offer of each.”

“There’s also an element of masculinity involved in business transactions. It used to centre around hard liquor. Bordeaux would be seen as a more masculine drink.”

Such an attitude is of course is not restricted to the Chinese. “We have a lot of Bordeaux on our list because of the area we’re in” says Michael Peng of Hunan in Belgravia, one of London’s longest established upmarket Chinese restaurants. “People who love Bordeaux want to drink it with everything. We have a lot of 2nd and 3rd growths at prices that appeal to bargain-hunters.”

The colour red also has a much greater resonance in Chinese culture than it does in the west. “The red for luck thing is certainly true” says cookery writer Fuchsia Dunlop who acts as consultant to the Sichuanese restaurant Bar Shu. “Red is the colour of celebrations such as weddings and New Year's festivities. At a festive dinner table you would try to have red-coloured foods such as lobster and red grouper. So red wine would fit in with that. By contrast white is the colour of funerals in China - traditionally, mourners wear white, while brides wear red.”

Red wine also has a positive association with health, points out Jeannie Cho Lee, which would increase its prestige. “One of the key factors that popularised wine in the mid-1990s was the connection between red wine and health. If one looks at expensive, highly sought after Chinese ingredients such as bird’s nest, shark’s fin and sea cucumber the most common factor is their purported health-enhancing properties.”

There’s also the issue of language, according to Hong Kong journalist and MW Debra Meiburg. “One problem for a white wine producing region such as Alsace, is that the classic Chinese character depicting wine is a catch-all character for any alcoholic beverage. Thus when one mentions ‘white wine’ it is easily confused with domestic white spirits. Chinese newcomers to white wine find them tart and insipid compared to Chinese distilled, high alcohol ‘white-lightening’ beverages.”

White wines are also less appealing than reds because of their serving temperature. “With hot tea the traditional drink of choice for Chinese diners, migrating to a super cold white seems a much bigger step than switching to a room temperature red.” says Meiburg.

Even the tannins of young Bordeaux don’t seem as offputting as one might assume. Again the Chinese are used to tannin from drinking tea and, in some cases, stronger liquor like whisky and cognac. Michael Peng from Hunan also points out that there are dishes that positively benefit from a tannic wine. “Ingredients like jelly fish, sea cucumber and abalone tend to be quite glutinous, chewy and even slithery. When you drink a wine with tannin it cuts right through. Chinese people like those textures.”

And far from turning to an off-dry white to deal with hotter dishes the Chinese enjoy the cumulative build up of tannin and spice on the palate according to Cho Lee. “For those who are not used to the heat of Sichuan pepper for example, the tannins in red Bordeaux can exaggerated the burn. However, this is precisely what spice-lovers enjoy — prolonging the heat and spiciness of chillies, not neutralising the flavours with a jarring sweet wine."

“I’m always cautious about promoting sweet wine with spicy food” agrees Meiburg. “Sweetness has the effect of mellowing spice. For the regions that love spiciness, such as Hunan or Sichuan, diners want their spices cranked up, not toned down.”

There is a generational factor at work however. The questions of ‘face’ and preference for tannic reds is more marked among older more conservative Chinese consumers than among their younger, more widely travelled counterparts who may have been educated in the west. Bryant Mao assistant head sommelier at Chez Bruce is a Taiwanese-Canadian who finds many of the ingredients in Chinese cooking unsympathetic to red Bordeaux. “If I think of my mum’s cooking it uses a lot of sauces and condiments like vinegar and oyster sauce that clash with red wine. And white’s certainly better than red with seafood. If I’m going to drink red I tend to go for pinot noir or Italian reds or Bordeaux with a higher proportion of merlot. White bordeaux can often work better than red.”

“It does depend which region you’re in” admits Charles Sichel of Chateau Palmer. “While I would say that consumption is still 90% red the feeling we get is that white wines are becoming a little more fashionable on the east coast below Shanghai and further south where there’s a lot of fish and shellfish.”

No-one’s putting their money on whites though, least of all China’s homegrown wine producers. “At the moment, all signs seem to indicate that the Chinese are perfectly happy with red Bordeaux and full bodied Cabernet blends with their meals, regardless of how outsiders perceive their preferences” says Cho Lee. “The enormous amount of new vineyard land being planted with Cabernet Sauvignon is a clear indication that even the giant domestic wineries are continuing to bet on full bodied reds.” 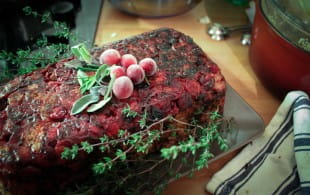 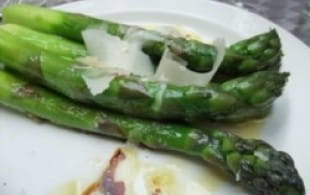 That sounds great that Chinese food with red wine. And red wine is a great combination with food. And if you had <a href="https://wineauctionprices.com/">rare wine</a> then the taste is awesome

Very interesting piece, that goes way beyond the usual 'Red Bordeaux is good for face' argument. 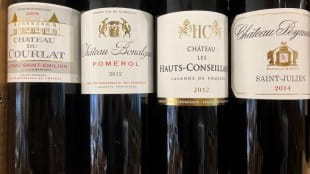