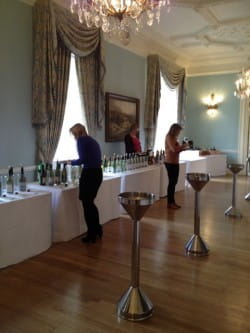 Why is wine still so snobby?

The other day I went to an Asda wine tasting. It was held not as you might imagine in a well-lit modern tasting room but in the chandeliered splendour of Dartmouth House in Mayfair. Some of their wines were displayed in wooden Pomerol cases.

They were certainly unlikely to persuade the journalists present that they had suddenly morphed into an old style wine merchant but even the most traditional wine merchants have a more contemporary image these days. So is it their customers they want to impress - and why?

They’re not the only ones. Morrisons has just launched a new website called The Morrisons Cellar while Lidl is advertising its Wine Cellar under the strapline ‘fine wines exclusively at Lidl”. Leaving aside for the moment whether Sancerre actually constitutes a ‘fine wine’ - unless you define fine wine as French what on earth are these cost-cutting retailers talking about cellars for? How many of their customer has a cellar for heaven’s sake? I don’t.

I find it quite sad that you have to talk about fine wine and cellars to encourage people to engage with wine. That’s certainly the reverse of what is happening with beer at the moment and craft beer is booming. I was watching the TV documentary Chateau Chunder the other day about the rise of Australian wine in the '90s. Why did it do so well? Because it offered an unstuffy alternative to the staid world of unpronounceable names and condescending wine service. Have we moved on from then? Doesn’t seem like it at times. 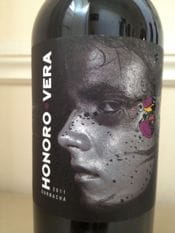 As usual I suspect it comes down to money. Average spend is still low in the supermarkets and lower still in the likes of Asda, Morrisons and Lidl. If they could persuade their customers that the only way to impress their friends is by trading up and taking about cellars then they’d be on to a winner.

(Incidentally Morrisons is charging a fair bit more for its new ‘cellar’ range than you’d pay elsewhere online*. Even allowing for the fact they don’t appear to pay UK tax Vinissimus is charging way less for the Honoro Vera Garnacha 2011 (£4.28) than Morrisons' £14.99 while you can buy the Abanico Boca do Monte for which Morrisons is charging £10.99 for £8.77 in thedrinkshop.com)

In his recent excellent address to the European Wine Bloggers conference Andrew Jefford said 'when you consider that 95% of wine drinkers take it for granted that wine is inseparable from hilarity, I suspect that almost all of us take it too seriously, too earnestly, too reverently".

I couldn’t agree more. It’s time supermarkets projected a different image of wine, encouraging their customers to feel more at ease with wine instead of pandering to our insecurities and prejudices.

*although it does, at the time of writing, have a 25% off a case deal. That doesn't mean the wines aren't generally overpriced.

I thought Aussie wine took off because it was more easily drinkable as a glass in a bar so appealing to more youthful palates and thus getting in where the big consumption was. I suspect a generation reared on Neighbours also helped - being an aussie was a kind of aspiration

As an adman I would agree that the less sophisticated mass market Morrisons and ASDA serve, not to mention Lidl, are still impressed by words like 'cellar' etc. If it didnt work they wouldnt do it

@Steve Slatcher - very well put, Steve! Personally I like to know the story behind a wine - something interesting about who made it, where and how. But so many modern brands don't have one

@James Smith - yes there is that but it's still considerably cheaper than the Morrisons price even allowing for that!

Just gone to try and buy the Honoro Vera for the bargain price of £4.28. The delivery costs of over £20 doesn't quite make it the bargain you would think

Some great questions. I can certainly do without the snobby image of wine. But I also react negatively when merchants try to persuade me that wine is fun. Basically, I think I hate lifestyle marketing.

Wine should be able to sell itself on its merits. Give me a wine that tastes great, and I'll decide for myself whether to dance around with it, sit in quiet contemplation, slurp with a meal (most likely) or use it to try and impress other people.