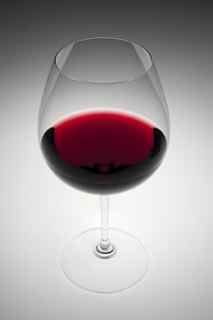 The day I cooked with Léoville las Cases

“Isn’t it time you wrote a piece on cooking with wine again?” mused my editor over lunch. “How about cooking with a bottle of first growth Bordeaux?” I gulped. “Er, I don’t think most of our readers would do that.” “Well, we should try it out for them.” he said firmly.

OK, there’s a case. Imagine the scene - there’s two of you. Great bottle. Great steak. Why open another lesser bottle to make the steak sauce if the bottle you’ve got is going to make the best sauce you’ve ever tasted? Besides, as I had rashly admitted to Guy, I had successfully used a glass of top quality white burgundy in a upmarket version of chicken with white wine sauce and mushrooms which had so impressed my guests they’d talked about it for weeks afterwards. So, yes, why not?

I mentioned the experiment to some chef pals who were all uniformly sniffy about it but then chefs are notoriously mean. They also - as chefs do - all disagreed with how the experiment should be conducted. Whether the wine should be added at the beginning or at the end after stock. Reduced once or three times. Reduced to a third of its volume or practically nothing.

When I spoke to Guy a couple of days later, he was still up for it but conceded that we should settle for the slightly more modest Léoville Las Cases, a second growth, true, but still hardly the kind of wine you’d use for cooking unless you were Bill Gates. I decided to make a simple entrecote marchand du vin, a dish I’d normally run up with a day-old half bottle of whatever I’d been drinking the night before - something like a Cotes du Rhone Villages or a Faugeres. It was more likely that the character of the wine would show through if it was cooked relatively quickly than if it was incorporated in a long, slow braise where all the flavours melded together - although you would always add a dash of fresh wine at the end.

I cooked the steak and set it aside to rest. I sweated off a couple of shallots. poured in the equivalent of a small glass of wine and reduced it by roughly two thirds. I whisked in a bit of soft butter, seasoned it with salt and pepper and poured the steak juices back into the pan. And tasted it . . .

It was not only not the best sauce I’ve ever made but one of the worst. The reduction process completely de-natured the wine, accentuating the tannins and completely stripping the fruit.

Chefs would of course have gaily poured in a ladleful of demi-glace. I tried again using beef stock to deglaze the pan. It was better - a richer, fuller, more balanced sauce but the tannins were still obtrusive and the character of the wine was masked by the stock.

Would it be any better with a cheaper bordeaux, I wondered? I picked up an inexpensive bottle of 2005 Calvet, a vintage I thought should be able to stand up to robust treatment. I repeated the experiment, without the stock this time. It was painfully thin and acidic.

Well maybe a Chilean merlot then? Actually that was rather better. The resulting sauce had a nice degree of roundness and sweetness - but it wouldn’t be a great match for a top wine.

What if I reduced the wine very slowly rather than bubbling it fiercely? Back to the Léoville Las Cases. This time I left it barely simmering for half an hour in the pan. Some improvement but the end result was still a touch bitter. The wine was just too much of a heavyweight.

The inescapable conclusion, and it’s always a bit of a letdown to have to confirm conventional wisdom, was that this was in every way the wrong kind of wine. Not just because it was extravagant (I wouldn’t have minded that if the result had been spectacular) but that it was totally unsuited to being heated and reduced. Too young, too tannic, too concentrated. Not that it would have been any better a few years down the line. The kind of wine you need for a red wine sauce is robust, generous and fruity - unoaked or, if oaked, unobtrusively oaked. The southern French grapes - especially Grenache and Syrah - are much better suited to the task.

Conclusion number two. If you are going to use better than basic cooking wine it’s better not to reduce it too ferociously and to give it a bit longer to mellow than you would if you were using a cheaper wine. A proportion of stock certainly creates a better balance in the sauce although you lose some of the strong winey flavour. You can also adopt an old chef’s trick and add a spoonful of redcurrant jelly or a squirt of tomato ketchup to boost the sweetness. Or a little bit of cornflour to thicken it rather than over-reduce it.

Third conclusion: Good white wines work better than top red ones. Yes, there’s a danger of accentuating their acidity but that’s easier to deal with than rampant tannins. Gewurztraminer responds particularly well to being used in cooking.

Finally, even if the Léoville las Cases saucehad been transcendent I doubt it would have done the wine any favours. I tried both it and the Calvet with the sauce I’d made with the Las Cases and it really came into its own despite the inadequacies of the sauce. You don’t want your sauce to outshine your wine (take note chefs who deliver plates to the table with ridiculously sticky reductions.)

If you're interested in learning more about cooking with wine two Michelin-starred chef Raymond Blanc runs occasional courses on Food and Wine, including cooking with wine, at his restaurant Le Manoir aux Quat' Saisons.

Chefs on cooking with wine:

“Like any other ingredient the quality of the wine you use is important but that doesn’t mean it has to be expensive. We get great results with rioja and some of the cheaper Rhone reds”
David Everitt-Mathias, Le Champignon Sauvage, Cheltenham

“ You should match the style of wine to the dish. If you’re cooking a recipe from the suth west of France, for example, you need something powerful, red and dark. But you wouldn’t use that for a coq au vin.” Henry Harris, Racine.

“To spend more than £4 on a bottle of wine for cooking is stupid - a complete waste of money” Raymond Blanc - Le Manoir aux Quat’ Saisons.

This article first appeared in the February 2007 issue of Decanter. 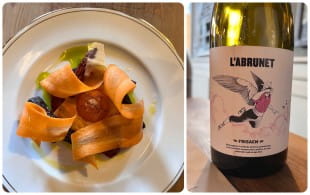 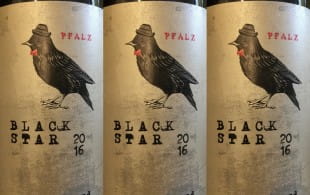 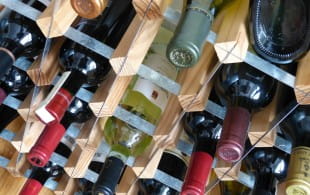 Isn't the traditional Burgundian recipe for the ideal coq-au-vin one that uses Chambertin?

I wonder if anyone has EVER done that and poured £750 worth of Rousseau into the pot...