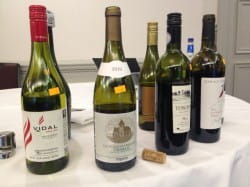 The award-winning under £10 wine with mushroom risotto, for example was a £3.992011 Toscano Rosso from Aldi while Blossom Hill’s 2012 Winemaker’s Reserve Chardonnay - Blossom Hill! - scooped the top award as a match with chicken korma.

Critics of wine competitions will no doubt feel vindicated that professional tasters can’t tell their a*** from their elbow when judging wines blind but as a member of the judging panel myself - which also included four MWs and a couple of fellow wine writers - I can assure you that these matches worked. The winning wines might not all have been ones I would have chosen personally but they were ones that the majority felt went best with the dishes which were all prepared to home-cooked recipes by TV cook Jo Pratt.

The fact is - as I remarked last year - you don’t necessarily need an expensive wine to create a successful wine match. In fact sometimes it gets in the way. And the fact that you can indulge in a spot of wine matching whatever your budget is surely something to be celebrated? It shouldn’t be the exclusive province of those who can afford expensive bottles and posh restaurants. 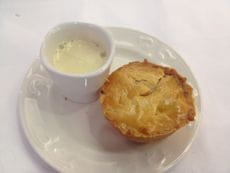 Other interesting results from the competition:

* The most successful wines overall were Spice Trail White 2012* (£6.49) an inexpensive aromatic white which won two trophies (for Chicken Tikka Masala and stir-fried prawns) and De Bortoli’s 2008 Deen Vat 5 Botrytis Semillon which scored 5 stars with both apple pie and custard and Stilton. (Though the trophy for apple pie went to Brancott’s Letter Series B Late Harvest 2011)

* It was good to see an English sparkler do well: the 2010 South Ridge Cuvée Merrett won the over £10 trophy with fish and chips (Cono Sur, surprisingly picked up the gong for best under £10 wine with their sparkling brut)

* The under £10 trophy for shepherd’s pie - a new category this year - was won by Koonunga Hill Shiraz Cabernet Sauvignon 2011 and the over £10 by Vidal’s 2010 Reserve Series Syrah (so much for red Bordeaux, my usual go-to match). Vidal also scooped the trophy for the best wine over £10 with stir-fried king prawns with their White Series riesling 2011. In fact New Zealand came top of the trophies’ table with 7 trophies compared to France’s 5, Chile’s 4 and Australia’s 3. 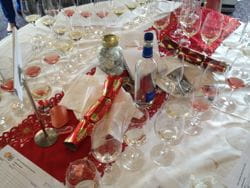 * No trophies were awarded for wines with chocolate roulade which maybe highlights the difficulty of matching wine with chocolate or for wines under £10 with Christmas turkey though the winning over £10 wine - Hurtado Reserva Pinot Noir 2011 - only just tipped that price point at £10.99.

The greatest disappointment of the competition this year was that the winning wines were quite similar in style to those that won the previous year which at least shows consistency in the judging but perhaps a lack of adventurousness among the wineries, importers and retailers taking part. Hopefully introducing some new food categories which don't have the previous year’s results to draw on for inspiration will rectify that.

You can find the full list of winners and 5, 4 and 3 star-rated wines on the What Food, What Wine? website.

* Frustratingly the 2012 vintage we tasted seems impossible to track down at the moment. Booth's may have it next month (September 2013)