Technically it's regarded as a white meat but ‘whiteness’ somehow seems to suggest lack of flavour. Although that’s still true of much mass-produced pork there’s far more rare breed pork around these days which has a great deal of character.

It’s certainly substantial enough to carry a red, on the other hand it is often accompanied by ingredients - such as apples or fennel - that point in the direction of a white. And it does have chicken’s chameleon-like ability to take on other flavours which means you often have to think of pairing the sauce rather than the meat. It can also be quite fatty which calls for a wine - white or red - with some freshness and acidity to cut through.

It’s not a ‘noble meat’ - I don’t often think of pork and Cabernet or pork and Barolo in the same breath but it can be a fine one, well worth bringing out a good bottle for.

Here are my favourite wine pairings for different ways of cooking pork:

The best wine for roast pork

To tell the truth white wine is a better match than red with most roast pork dishes but psychologically one tends to expect a red with a roast, even one cooked, Italian-style with fennel, lemon and garlic. I personally enjoy Northern Rhône and Italian reds with pork: something like a decent Crozes-Hermitage or a Chianti Classico (particularly with the latter dish) though I know many pork fans prefer a Pinot Noir.

With a more traditional dish of roast pork and apple sauce a decent Côtes du Rhône Villages will do the trick. Even with more delicate roast suckling pig a light to medium-bodied red can work well. I recently enjoyed a Portuguese Bairrada, a Casa de Saima with this dish which hit the spot perfectly.

If you can move outside your comfort zone you will find many whites will match well with roast pork, especially when it’s served cold. Old vine Chenin Blanc is a very enjoyable match for cold roast pork while an off-dry German Riesling makes a delicious match for roast belly pork (though watch the accompanying vegetables. Tomato-based dishes won’t help the pairing).

Similar recommendations to the above, depending on the saucing (if creamy, follow the recommendations below). You might well be thinking of accompanying it with something more Italianate like a salsa verde, in which case a dry Italian white or a decent Valpolicella or Chianti would be a good choice.

Pork in a creamy sauce - with mushrooms or mustard

Both red and white burgundy work well (unsurprisingly) with this classic French bistro dish which is often made with pork tenderloin. Other cool climate unoaked or subtly oaked Chardonnay or Pinot Noir should work too as would a dry Alsace Riesling or Pinot Gris or a Vouvray.

Pork casserole or pie with cider or apples

The combination of spice and sweetness tends to strip the fruit out of whites so I’d pick a robust jammy red with either of these dishes. A mid-weight Shiraz or Australian Cabernet-Shiraz, a Chilean Merlot or Carmenère, a Pinotage, a Zinfandel - you get the picture. Gutsy wine, sweet fruit.

Pulled pork is suggesting beer to me (a good IPA for preference) but pinot noir proved a surprisingly good wine pairing recently. If its more about the barbecue sauce follow the suggestions above

More often than not combined with other dishes that may affect the pairing but a fruity new world rosé especially a Merlot rosé should take it in its stride. Better than the often-recommended match of Riesling, I find. A very fruity white such as a Colombard or Semillon-Chardonnay can also work

The paprika is always more important than the pork to me and suggests a rustic red. You could try the Hungarian Kékfrankos (Austrian Blaufrankisch) if you wanted a regional pairing, otherwise I suggest a Rioja or similar Spanish red.

These tend to be quite filling so you don’t want a wine that’s too high in alcohol. A simple medium bodied red, even carafe wine works with Cassoulet. Go for a slightly fuller fruitier wine - maybe an inexpensive Navarra or other Spanish red or a Malbec if the stew is a touch spicier.

Pig is what classic French charcuterie is all about so it seems apt to pair a French wine with it. With its bright fruit Beaujolais works particularly well with preparations like terrines, jambon persillé and rillettes - chose a Beaujolais Villages or cru Beaujolais (Morgon particularly appeals). You could also try a rustic Marcillac or a dry rosé 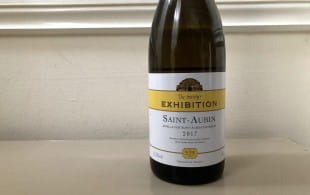 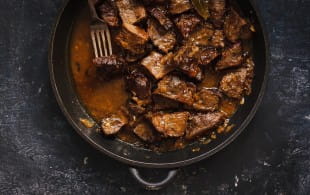 Well I'm with Gorka - not even a mention of English table wines, some of which I have drunk and enjoyed. Don't even get me started on the omission of Sidra. Hold on, Gorka you forgot to mention Sidra. Hope its not too late.

Thanks Fiona, as always a real help when deciding WHAT TO COOK to go with the wine!

because any spanish red will be "slightly fuller and fruitier" I suppose... Surprised to read such an ignorant sentence in this post, honestly. Completely oblivious of the variety of grapes, soils, climates the spanish wine regions have to offer, for you a Navarra (which Navarra by the way?, a Crianza or a younger one? a Tempranillo, a blend?) will be the same as a Terra Alta or a red Txakoli, not to mention the less known regions producing excellent reds as Madrid or Extremadura.

On a personal basis I go for Alsace Gewürztraminer or pinot Gris with roast pork, belly pork and chat with every time.