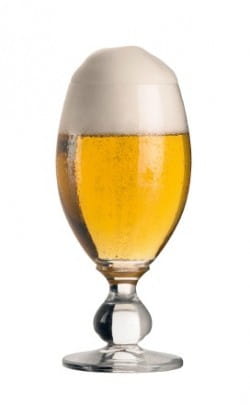 The more your guests see how great beer is with different types of food the more confident they’ll feel about serving it themselves and the less likely it is that the only beer you’ll find when you go to their house is a Bud. So, here goes:

Turkey
Roast turkey is a very beer-friendly dish. I particularly like it with Duvel and with the Scottish golden lager Schiehallion but you could pair it with any kind of golden ale or lager such as Budweiser Budvar from the Czech republic or with a Belgian or Northern French blonde ale, the beer world’s equivalent of chardonnay. Amber ales and lagers work well too.

Lamb
Two ways to go here - you could go for a strong Trappist beer like Orval, Chimay Rouge or a French bière de garde (the equivalent of a full bodied red) or a slightly sour red ale such as Duchesse de Bourgogne (think pinot noir)

Duck
Surprisingly, given how different a type of meat it is, the beers I’ve recommended above with lamb would work with duck too. If you were feeling particularly daring you could offer a cherry or raspberry beer. Duck and cherries? Classic.

Chocolate
Better with beer than with wine, many think but I’m not sure that most beer fans favourite choice, porter, isn’t too heavy for this time of year. Again a raspberry or cherry-flavoured fruit beer could well work particularly if you serve fresh berries with the dessert

Lemon tart
I’ve already focussed on the problems intensely lemony desserts pose for wine and beer certainly isn’t any easier. Hey, why not just eat it on its own?

Eggs
A witbier, bière blanche or other light, cloudy wheat beer is generally regarded as the best match for brunch dishes. Since it’s also good with smoked and cold salmon, spring vegetables such as asparagus and salads it’s well worth having a few bottles around.

Which wines to drink at Easter 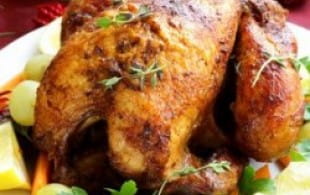