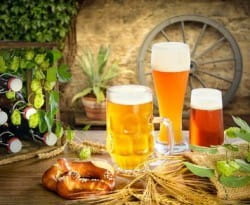 My own view is that it needs a beer of character - a rich hoppy IPA or a saison but am I right? I asked three experts in the field what they thought.

Garrett Oliver is brewmaster of Brooklyn Brewery and author of the Oxford Companion to Beer.

I'm a big fan of earthy French bières de garde (farmhouse ales) and dark Belgian strong abbey beers. And I’m pretty much a saison fan with almost everything! But overall the French versions are a better pairing with turkey; they usually have some caramelized flavors and a nice soft maltiness, not quite so dry and sharp as the classical Belgian saisons.

I also think funky French and Spanish ciders work well. We can't get the best British ciders here (NYC) but I'd definitely get Tom Oliver's cider (Herefordshire) or New Forest Cider if I could!

Turkey being dry, I'd go for the classic Pale Ale from Sierra Nevada or for something a little hoppier: Bear Republic Racer 5 IPA, Old Foghorn from Anchor Brewing with the cheese, if you’re serving cheese and the Goose Island Bourbon County Stout (15%!) or Brooklyn Chocolate Stout for a digestif - ideal accompanied with a cigar, whisk(e)y or a fruity dessert!

For something a bit different for the beer drinker who has everything then try Alesmith Yulesmith - a weighty, wintry and warming IPA from one of California's most respected micros. (All these are available in the UK through Beers of Europe and most from the Real Ale Company.)

I'm a big believer in lambic for turkey, for the reasons I’ve set out on my blog.

If that’s not to your taste, I'd suggest saison for many of the same reasons, substituting a bracing and plate-cleansing hoppiness for the acidity of the gueuze or, if you have a whole lot of stuff on the plate, then something more crisp and thirstquenching, such as a solid Germanic pilsner or clean pale ale.

But above all, the lambic!

Would you go for any of these suggestions and if not what beer would you choose with the Thanksgiving feast? 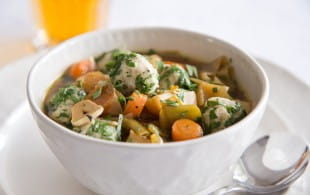 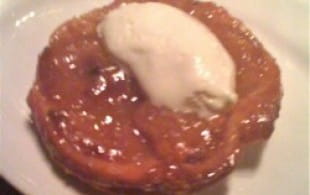