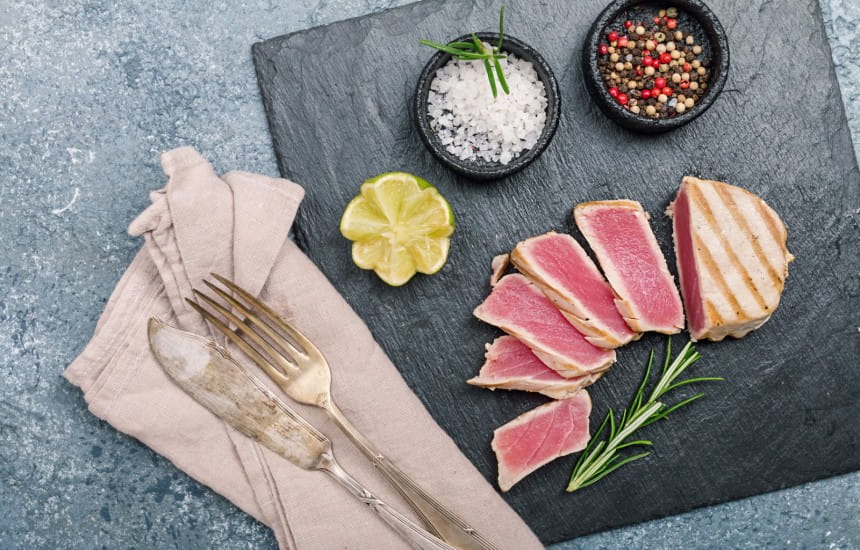 That said it's a meaty fish which adapts just as well to a red wine as to a white.

Seared tuna
A light red or strong dry southern French or Spanish rosé is perfect with seared tuna - a Loire red such as a Chinon or Bourgueil or a light red burgundy if it’s simply seasoned, a fruitier New World Pinot Noir if you’re giving it a spicier treatment. If it's chargrilled on the barbecue and served rare like a steak you can bring on a beefier red such as a Syrah or Barbera.

Raw or near-raw tuna e.g. sashimi. tuna tartare
Popular in Japanese-style dishes so may well include Japanese ingredients with a touch of sweetness such as mirin or Japanese rice vinegar. I personally enjoy chilled sake with this style of presentation but a very dry white such as a Chablis, Muscadet-sur-lie or Grüner Veltliner also works well as does, more surprisingly, a lush white grenache

Glazed tuna with citrus e.g. with yuzu or lime and coriander
Still possible to serve a light red (citrus will accentuate its fruitiness) but you might also want to consider a fruity white such as a Semillon-Sauvignon blend, an oaked Sauvignon Blanc, a Verdelho or a dry Riesling.

Salads with tinned or bottled tuna e.g. salade Niçoise, tonno e fagioli
Something quite light and quaffable. A inexpensive dry Italian white such as a Verdicchio dei Castelli di Jesi or a dry Provençal rosé such as a Bandol rosé

Tuna pasta bake
Not my favourite way of eating tuna, if truth be told, but as it’s creamy and slightly cheesy an unoaked or lightly oaked Chardonnay should hit the spot. 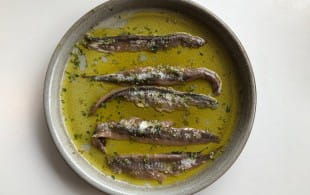 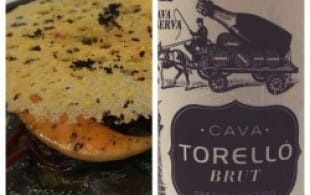 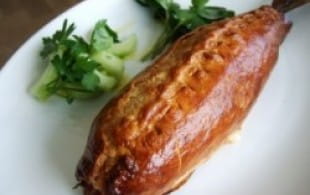 Akemi is a white Rioja made with Viura/Macabeo, and it is a fantastic partner for raw or very rare tuna.
Félix Jiménez is a Spanish chef who trained in Japan, and when he returned to Logroño to open his own Japanese restaurant, he worked with Rioja winemakers to craft something that would pair with sushi. Akemi is the result, and it's really lovely.

Hello Fiona! Tuna is perhaps my favourite fish, I love it! I'm always curious to find the proper wine matching for every preparation. Your article gives excellent recommendations. Some months ago I made a little experiment - It would be great to hear your thoughts:
https://wineandotherstories.com/recipe-wine-pairing-tuna-fillet-asparagus-vellutata/