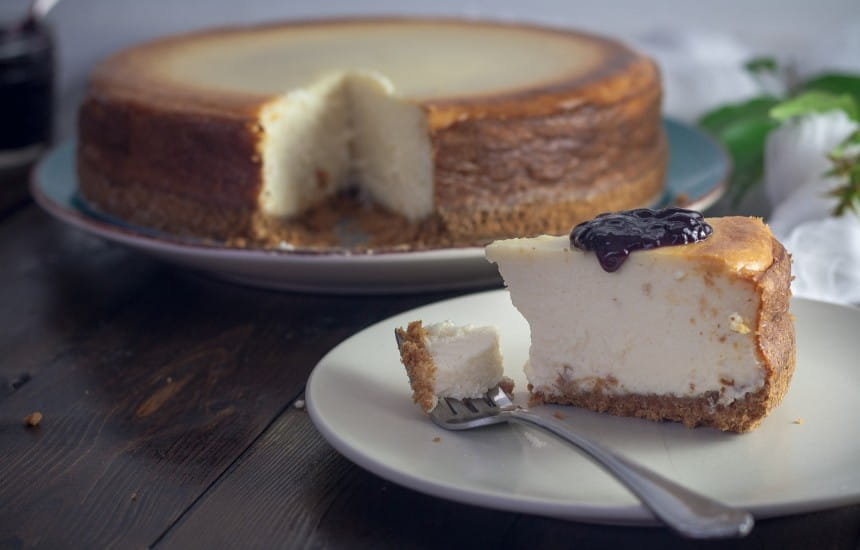 You also need to take into consideration what type of cheesecake you’re dealing with - a classic New York cheesecake or a light, ricotta-based one (I’ll leave savoury cheesecakes for the moment)

Beer and spirits or liqueurs may be as good as wine. Nigella for example has an apple cheesecake with butterscotch sauce in her book Feast that is made with apple schnapps and suggests drinking the same liqueur with it. Here are some other ideas:

A great discovery last year at Honey & Co - a marvellous pairing of Canadian Vidal ice wine and honey and feta cheesecake I made my match of the week.

Lemon is always a bit tricky because it tends to knock the lemony flavour out of any accompanying wine. If the lemon’s not too pronounced - say in an Italian-style ricotta cheesecake - try a moscato d’Asti or an 'extra dry' (ironically medium-sweet) prosecco. If it’s more powerful try an icewine again shot of well chilled limoncello. With orange-flavoured cheesecake an orange muscat like Andrew Quady's Essensia would be better.

Again late harvest riesling will probably cope but to be honest I prefer Belgian-style raspberry or cherry beers. I suspect also that the Cabernet Franc ice wine I found such a good match a couple of years ago for a rhubarb cheesecake would work with a raspberry or strawberry-topped cheesecake too.

If you like this style of cheesecake you almost certainly have a sweet tooth so a Australian-style ‘sticky’ liqueur muscat would probably suit you down to the ground. A glass of tawny port would be a slightly drier option. For a pumpkin cheesecake I’d go for something a bit lighter - a muscat or moscatel like Torres’ Floralis Moscatel Oro, for example.

Sweet red wines generally work with chocolate and cheesecake is no exception though you might be able to get away with a lush dry red as I did in this surprising match. I suspect one of the new wave of sweet reds like Apothik would work too. Having less of a sweet tooth I’d personally go for a madeira or an oloroso sherry - also a good match, I reckon, for a Nutella cheesecake. 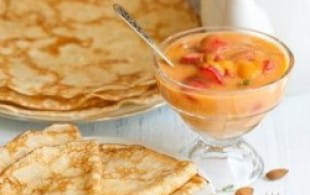 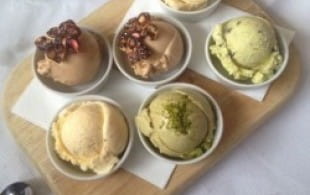