I said that I was surprised that it had been voted the best cheese in the world at The World Cheese Awards and am now even more so. It's pleasant enough but incredibly mild - more like a blue Brie than a top blue cheese like a Stilton or Gorgonzola but with an attractive mushroomy note.

The upside is that it makes it much easier to match with wine than a strong blue. I'm not revising my initial suggestion about Cornish sparkling wine. I suggested it would be good with the Camel Valley Sparkling Rosé and the winemaker Bob Lindo confirmed that it is. I imagine it would also be good with Champagne and Cava - especially rosé versions

The other good match I found, tasting some of the bottles we had open in the kitchen, was Pinot Noir. It was really good with a light, fruity Marks & Spencer Tasmanian Pinot Noir, and fruity Chilean Pinot so guess it would go well with lighter styles of red burgundy too.

On the basis that it goes well with rosé fizz I think it would also go well with southern French rosés and I still like the idea of partnering it with light dessert wines such as Sauternes, Monbazillac and Saussignac or other late harvest Sauvignons or Semillons.

I wouldn't however accompany it with port and the sweet sherries I was recommending or with full-bodied tannic reds (both too strong as it turns out). 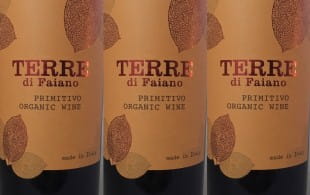 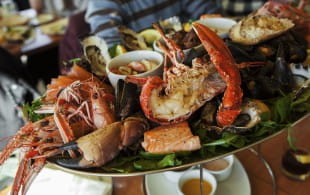 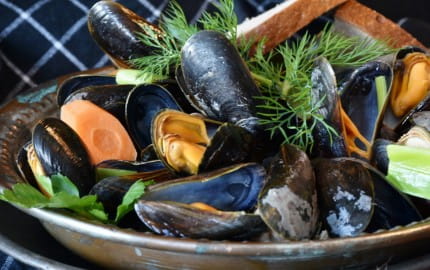