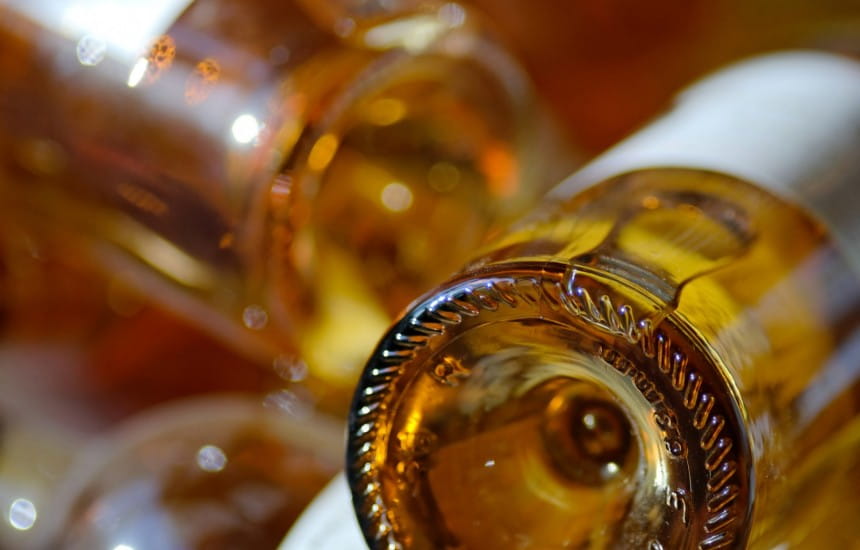 The French would immediately say either foie gras or Roquefort - two savoury pairings for Sauternes and Barsac that may or may not appeal to you (not me, in the former case, because I don’t - or try not to - eat foie gras).

There’s also a history in the region of pairing Sauternes with poultry. "Poultry of all kinds marries well with sweet wines; one of the most famous dishes of the region is roast chicken liberally basted with Sauternes, and then served with a bottle of the same wine” writes Jill Norman in an archive post on Sweet Bordeaux and Savoury Food you might find interesting.

Sauternes producers often match their wines with Chinese and other Asian dishes such as lacquered pork to broaden its appeal but while these pairings can undoubtedly work it generally takes a skilled chef working with a specific wine to make it risk-free.

What about pairing Sauternes with desserts though? Oddly the French don't seem too keen on the idea though to me it makes perfect sense especially with fresh fruit.

So here are my top pairings which are by and large quite simple. The same sort of pairings would work with other sweet wines from the region such as Cadillac and, Loupiac though the latter don’t have the same intensity (more of a problem with savoury dishes than with sweet ones).

One other thing to bear in mind: the best pairing will also depend on how old a wine is - an old Sauternes needs more respectful treatment - perhaps even no food at all - than a young one. Maybe cooked rather than fresh fruit for example (see the roast pineapple suggestion below)

What to eat with Sauternes

Roast pineapple - maybe the perfect match for Chateau d’Yquem on one of the rare occasions I’ve drunk it. I suspect a pineapple upside down cake would be rather delicious too.

Creamy desserts such as crème brûlée and panna cotta (especially with passionfruit, mango or early season forced rhubarb - see this post on Sauternes and Rhubarb).

Foie gras - if you must - but I always think it’s hard to start a meal with a sweet wine. As a high class snack though, maybe. It will also work with similar dishes like a duck or chicken liver parfait

Sauternes and cheese pairing
Not just salty blue cheeses like Roquefort and Beenleigh Blue but, more surprisingly, washed rind cheeses like Epoisses, provided they’re not too mature and gooey.

Glazed or lacquered pork or quail

Savoury dishes that include tropical fruit such as duck and mango

Sweet-flavoured vegetables such as confit’d fennel, roast carrots and sweet potato can assist a Sauternes pairing with ingredients such as chicken or pork

What temperature should you serve Sauternes?

The ideal serving temperature for Sauternes and similar sweet Bordeaux whites is about 10-12°C (50-54°F), at the upper end of that scale for an older wine, bearing in mind a half bottle will chill more quickly than a full-size one.

Sweet or savoury - what is the perfect match for Sauternes? 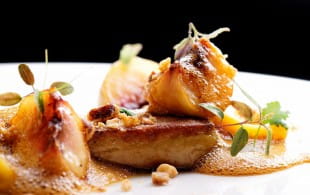 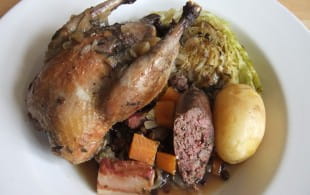 One NYE I made Butter'd Orange, a 17th Century orange custard with a hint of rosewater, for dessert. We had it with sauternes. It was absolutely sublime. My mum serves Chateau d'Yquem with a tarte tatin every year for my stepfather's birthday. Also brilliant, so I can see how your pineapple upside down cake idea would work with that slightly burnt caramellyness.

Some years ago, I enjoyed a wine tasting and dinner at Chateau Guiraud. Our dinner began with foie gras, served in different ways, followed by a dish of veal in a creamy sauce, cheese and strawberries to finish. The only wines served with this meal were the various vintages of Ch. Guiraud, tasted earlier. We were encouraged to find the best match for each dish and the richness and intensity of the wines complemented the first three courses very well. Only with the strawberries did I find that the wine overpowered the food, but it was February!