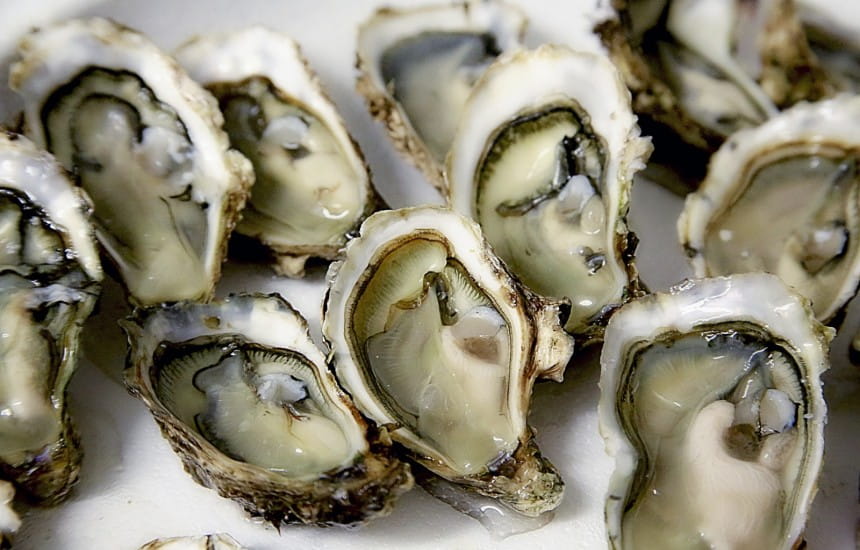 Unusually there’s more than one outstanding match plus some good alternatives you may not have thought of. Which one you choose will obviously depend on which drink you like best - there’s no point in serving Guinness if you hate the stuff - and how the oysters are served. Cooked oysters are generally rather more forgiving than raw ones.

It also makes quite a difference how you season them. Personally I’m in favour of no seasoning at all, letting the wine do the job of a squeeze of lemon but conversely adding lemon can make richer chardonnays and champagnes work better if those are the wines you’d rather drink.

Chablis
There are actually fossilised oyster shells in the soil of the Chablis region so it’s maybe not too fanciful to say that’s why it hits just exactly the right note. I’d pick a recent vintage though rather than a mature one, a premier cru if you’re treating yourself to natives (below), whose season starts on Septmber 1st. 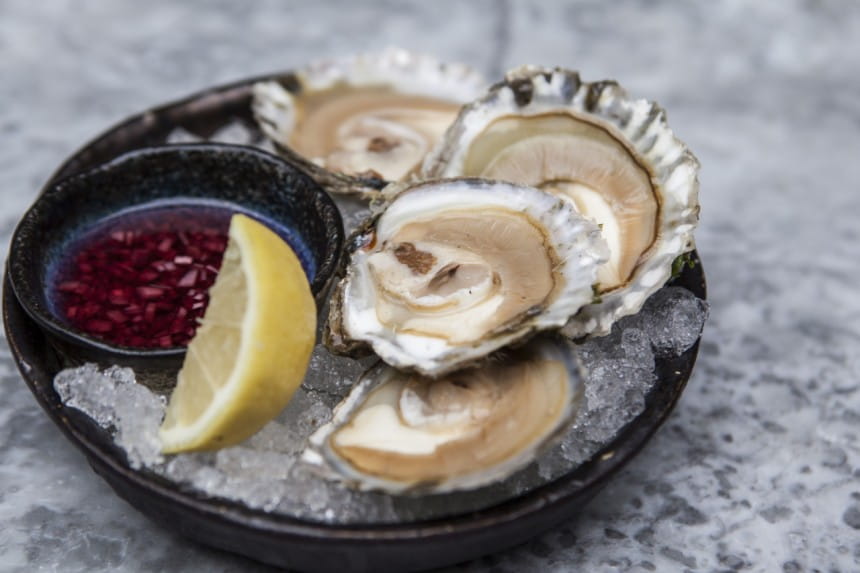 Champagne (and dry sparkling wine)
Here it’s the bubbles that provide the magic, the perfect textural contrast to the smooth velvety texture of the oysters. Ultra dry champagnes like Laurent Perrier Ultra Brut and Drappier Brut Nature that don't have any dosage (sugar and wine solution) added to them before bottling work best though lighter styles of regular non-vintage Champagne such as Taittinger will do a perfectly good job. Sparkling wine is also the best match by far for deep-fried oysters.

See also this Match of the Week: Oysters and Tasmanian fizz

Muscadet and other crisp, dry whites
The cut price option, clean-as-a-whistle Muscadet acts just like a squeeze of lemon - so don’t add lemon too. The best wines come from the Sèvre-et-Maine region and are labelled ‘sur lie’ (the wine is aged on the lees, the residue of the yeast used to ferment the wine which gives it more flavour). Also in this category of bone-dry whites comes Picpoul de Pinet from the south of France, Pinot Grigio from Italy and Albariño from Galicia in northern Spain.

Sauvignon Blanc
This is what they would drink round Bordeaux, also an oyster-producing area and it works elsewhere too, particularly when oysters are served, as they often are Down Under, with Asian flavours. Again keep the wine young and unoaked. The added zestiness of Sauvignon also helps with strong seasonings like shallot and red wine vinegar or Tabasco.

Chardonnay
Not great, in my view, with raw oysters but very nice with cooked ones, particularly in a creamy sauce or chowder. Choose a lightly oaked, creamy style such as you find in Burgundy, Limoux in southern France or cool climate regions of the New World.

Guinness and other stouts
It’s mainly a colour and texture thing. Black on white (or rather, cream). Smooth layered on smooth. And the saltiness of the oysters counteracts the bitterness of the beer. If you like stout this match is sublime.

Kasteel Cru
This unusual lager made in Alsace from champagne yeasts works much the same way as Champagne. A good bet for those who prefer to drink beer but don’t like stout.

Perrier rondelle
Iced sparkling water (it doesn’t have to be Perrier) with a slice of lemon. Dry, refreshing and doesn’t detract from the delicate flavour of the oysters

Other wines may well work too depending on the seasoning and/or other ingredients you put with them as in this pairing of oysters and dry German riesling.

Incidentally if you're an oyster fan the seafood restaurant Wright Bros holds Oyster Masterclasses in London. The two hour class, which costs £60 includes 12 oysters (prepared different ways), a glass of champagne and two glasses of wine plus the For dates and venues check their website. 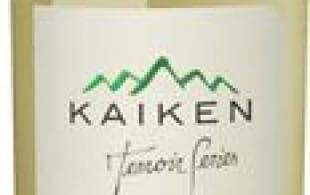 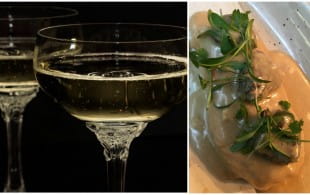 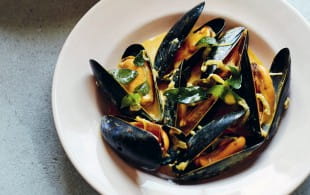 I don't eat oysters but in my early 20s I was captivated by Mireille Johnston's Cooks Tour of France - she made eating oysters with hot sausages and cold Muscadet look like the most desirable thing in the world.

My favourite oyster /wine / location combination is the outdoor oyster bar in the Place Ste Catherine. The vendor opens your order right before your eyes hands you the plate and a glass of Muscadet and you stand there with other Bruxellois ingesting heaven. And I agree - no lemon needed

Muscadet sur Lie has been my go-to wine with oysters since my very 1st visit to Brittany in ..... more years than I care to remember

Some unfortunate confusion about styles, regions and grapes here. Claiming chardonnay is a poor match for raw oysters is a bit weird considering Chablis is made exclusively on chardonnay. Maybe this is was meant to refer to American chardonnay?

I'd also contest the point about lemon and muscadet tbh.

Agree! They're good too!

I'm very partial to a dry Riesling, especially those from Australia's Eden Valley with oysters natural.

Oh, I agree! I also love the way the locals serve red Bordeaux with oysters when they serve them with those little sausages or crépinettes. Surprisingly tasty!

A dry Bordeaux blanc with Arcachon Oysters at the Chartrons market in Bordeaux is a match made in heaven.