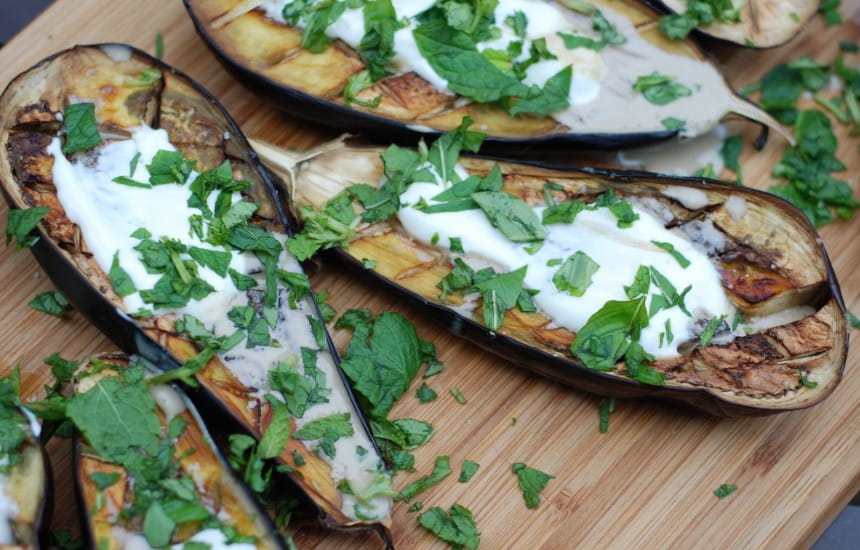 The best wine pairing I think is a hearty dry red with some acidity unless you’re serving it cold as in a baba ganoush or spicy aubergine salad.

* So do Greek, Turkish and Lebanese reds with their wild briary flavours. Unsurprisingly since aubergine is such an important ingredient in that part of the world. Once that would have been pretty unhelpful advice as wines from those countries were hard to get hold of - now even Marks & Spencer includes them in its range.

* Zinfandel - always good with rich vegetable bakes like moussaka but stick to the younger fresher styles. Killer Zins of 15% plus will overwhelm eggplant.

* For lighter aubergine dishes such as a tian of aubergine and aubergine parmigiano* try a medium-bodied Italian red such as a Chianti or other Sangiovese-based red.

* or, since I was rightly corrected, a veggie substitute for parmesan if you're a vegetarian. 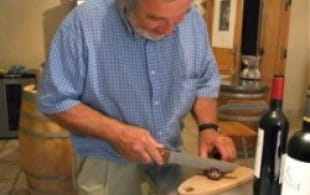 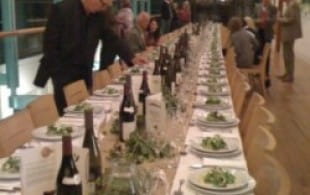 I would also suggest for anything without tomato and also caponata, a chilled Assyrtiko from Santorini, its unique notes and signature metallic zing pair sublimely with aubergine dishes! Other decent Assyrtiko(migrated) bottles can also match aubergines but their fruitier sub-sweet character demands pairing with mostly side dish/hors d' oeuvres preparations made with aubergine!