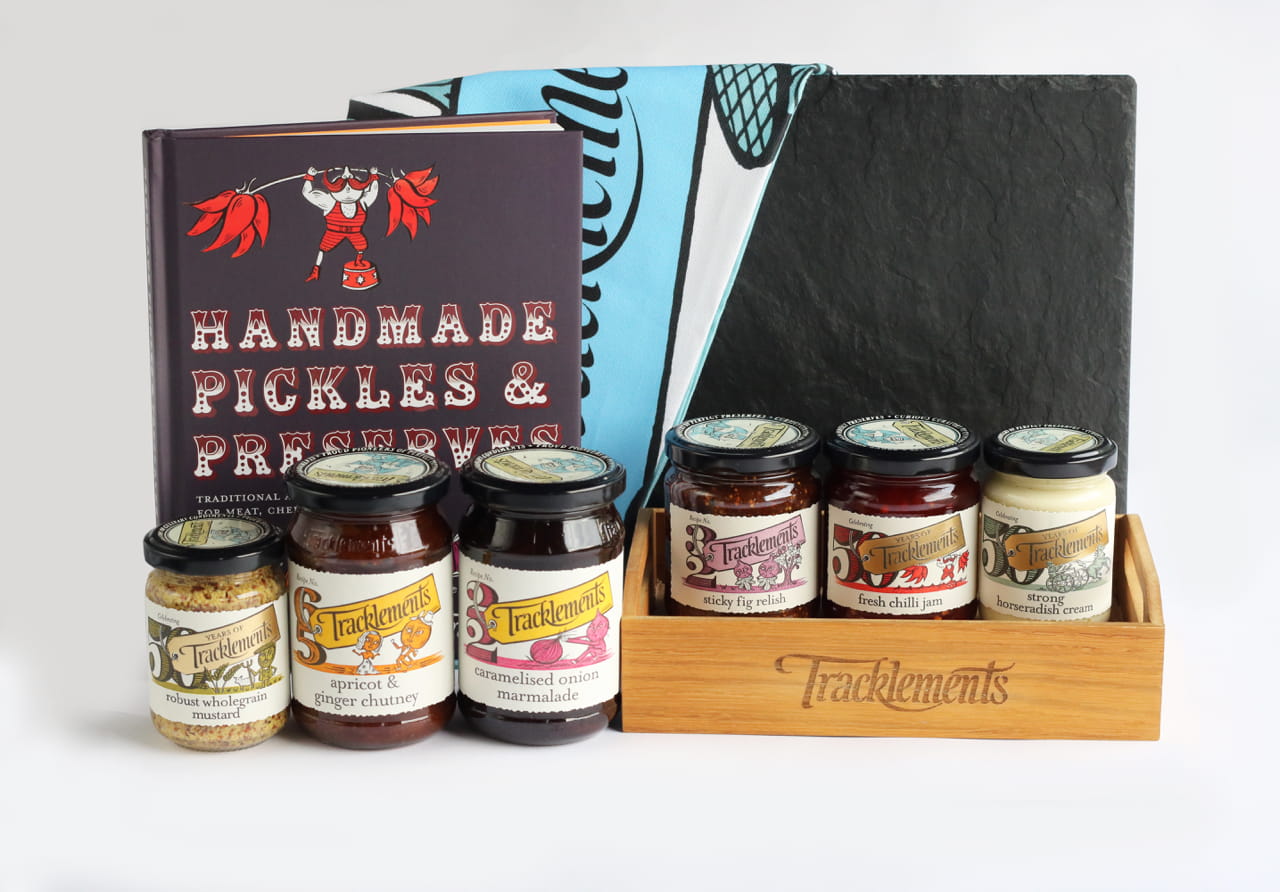 We’re spreading the love this February with a chance for three of you to win one of these fabulous food boxes from the family owned Tracklements which we hope will provide much needed cheer and pzazz to your food during lockdown.