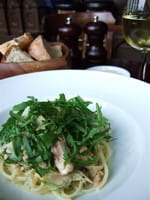 It’s been taken over by Matt Wilkin who used to preside over the wine list at the two-starred Capital in Knightsbridge where he became one of the best sommeliers in London. Now he’s branched out on his own but has taken his two star list with him.

Well not the exact bottles, obviously but this is a wildly ambitious list for a pub - even a gastropub - with wines to suit every taste and pocket. There’s a regular list and a very well-priced fine wine list with mark-ups considerably more modest than those he used to impose at his former employer’s.

I took his advice on which wine to drink with the smoked trout and artichoke linguini with wild rocket and tarragon I had ordered and very much enjoyed the glass of 2007 Bassermann-Jordan, dry Riesling from the Pfalz he recommended. The crisp fruitiness of the wine worked perfectly with the smokiness of the trout, the creaminess of the sauce and the slight bitterness of the artichoke and rocket. It would have been easy to be carried away by the fact that this was pasta but the ingredients it was dressed with made the match. (Smoked fish and Riesling is always a reliable pairing.)

Even though The Princess Victoria is a bit of a trek from Central London and the Central Line is not currently stopping at Shepherds Bush station (though you can use the Hammersmith branch of the Metropolitan Line) I strongly recommend a visit. 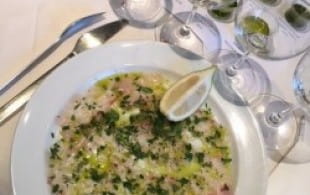 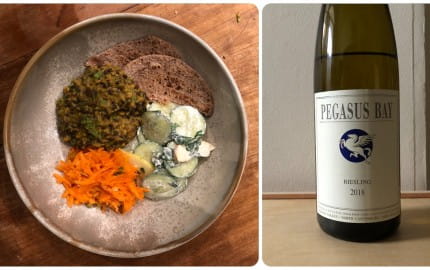