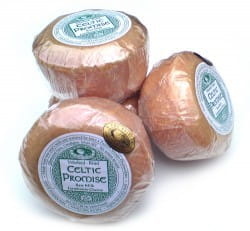 It was in a great little cheese shop which has been opened in Bayswater by Rhuaridh Buchanan, the guy who used to run the Paxton & Whitfield's maturing rooms. Most of the cheeses he sells go to London’s top restaurants but he sells a limited amount, which he matures himself, from the shop. You can sample them on the spot round the small café table - there’s a small selection of wines, beers and spirits on display you can order by the glass.

Celtic Promise is a cows’ cheese which is made by John Savage of Caws Teifi in Ceredigion in West Wales to a Caerphilly recipe and is washed in cider. Although it’s not massively stinky - at least this one wasn’t - it's rich enough to defeat most wines, particularly reds, but the young brandy - a fresh, appley 3 year old from the Somerset Cider Brandy Company - was just perfect. The company’s Kingston Black aperitif would work too as, of course, would a young Calvados. 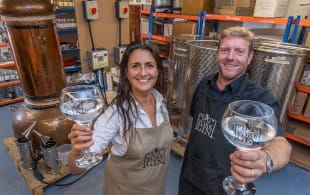 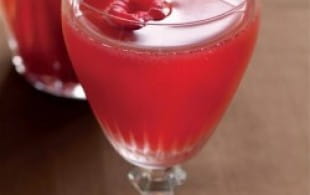 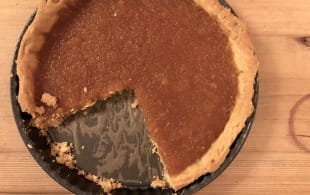