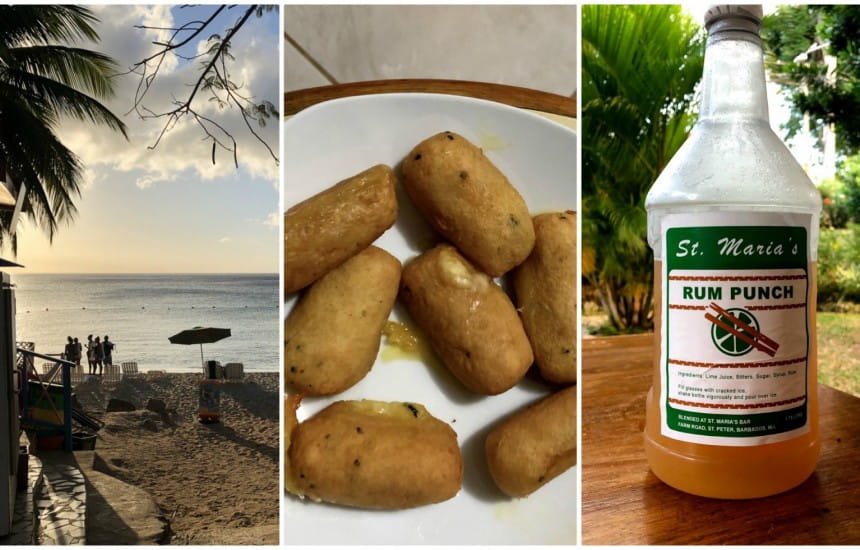 Oddly they were made by a smallholder called Domi’s Delights who specialises in Peruvian cuisine so maybe they were not authentically Bajan but Peruvian-inspired.

In any case they were first-rate - light and fluffy with a deliciously molten cheesy centre (not the most flattering pic, I admit so you’ll have to take my word for it)

The rum punch was a pre-mix from a bar called St Maria’s which sounds like a bit of a cop-out but for some reason there’s a shortage of the tiny fragrant local limes and from past experience we knew it was as good as almost any we could make from scratch. Last year we tried to find the bar where they made it but it had closed so I guess they find it more profitable to bottle it and sell it to the large ex-pat community here.

It cost 67Bds$ or £26 for 1.75 litres which sounds a lot but is equivalent to 2 1/2 standard bottles. Or around 15 individual rum punches. (Booze is cheaper than food on the island!)

It also goes with practically any kind of snack you want to nibble with it from a flying fish cutter - as you'll see from last year - to a bag of plantain crisps. Followed by a the excellent local Banks beer. 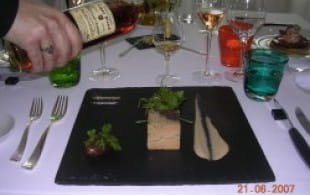 Cognac right through the meal?Sliders and juleps 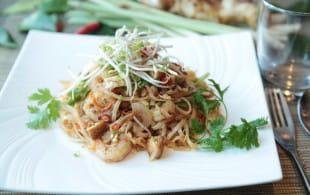 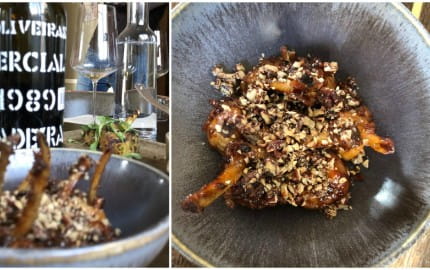 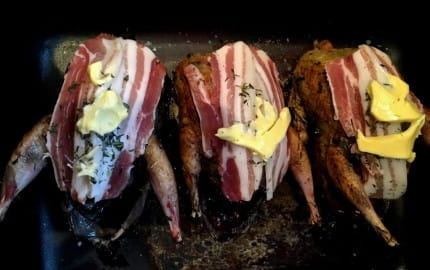