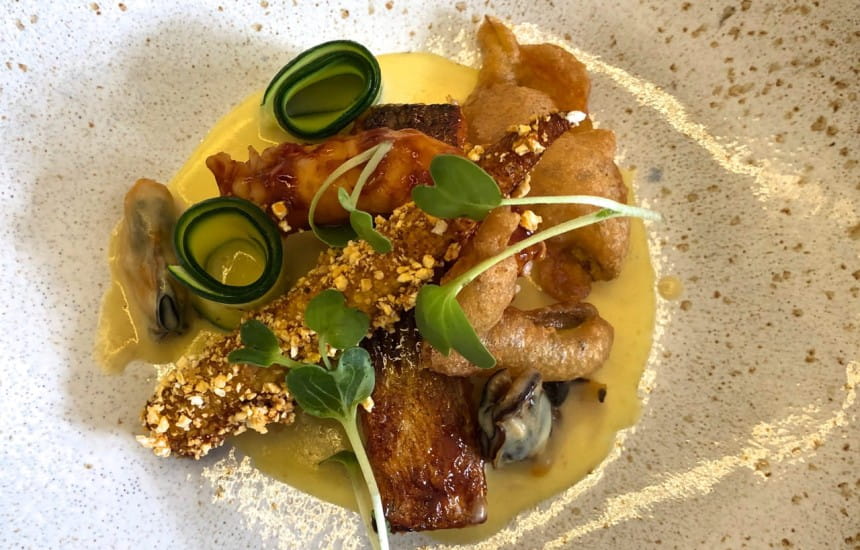 Many of course are obvious. On my recent trip there was a LOT of lamb and cabernet sauvignon but you don’t need me to tell you what a classic pairing that is. Chenin blanc and Cape white blends also stood out for their versatility but the big surprise to me was how well the country’s rich chardonnays went with a lot of the food (including an umami-rich beef broth). And the new bright, juicy grenaches and cinsaults are just delicious with meat and fish alike.

So here are 10 pairings that stood out for me and which could well work for you too. 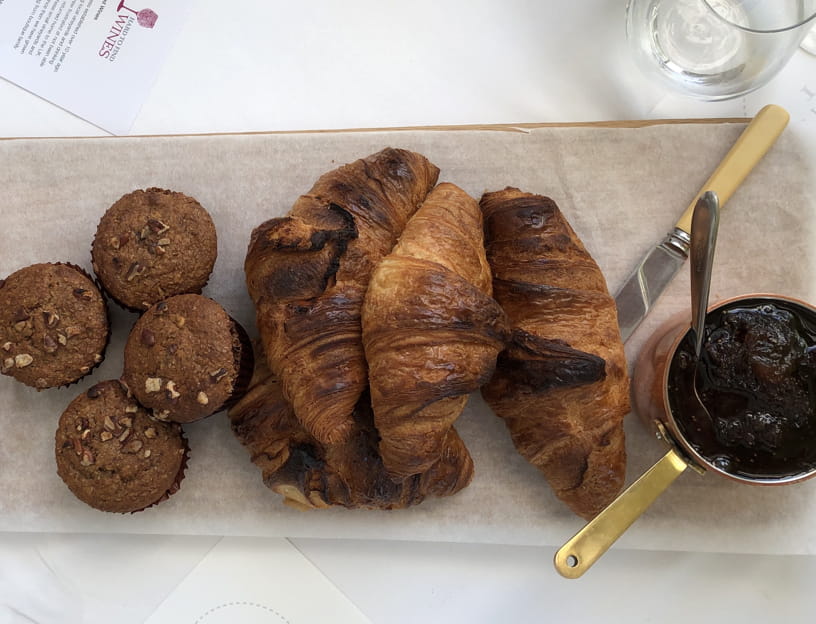 We all know champagne is a good accompaniment for brunch but have you stopped to analyse why that might be? The answer according to a breakfast tasting at the Orangerie at Le Lude is that croissants are brilliant with bubbly, especially if it's a toasty vintage MCC* like the Le Lude 2012 (available in the UK from Hard to Find Wines). Weekend breakfasts may never be the same again . . .

One of the many good matches at Creation which is known for its imaginative food and wine pairing programme was an appetiser of warm flatbreads with a tomato, cucumber and melon salsa - the melon being the element that made the chenin sing. It's not available, so far as I can make out, in the UK but you can find their very attractive chardonnay and pinot noir.

If you’re in Constantia you’ll no doubt be drinking sauvignon blanc and while it obviously goes with all kinds of seafood it was the lemongrass and ginger top notes in these more-ish croquettes at Catharina, the fine dining restaurant at Steenberg, that totally hit the spot with Cape Point's 2017 Isliedh, their top-of-the-range sauvignon blanc. 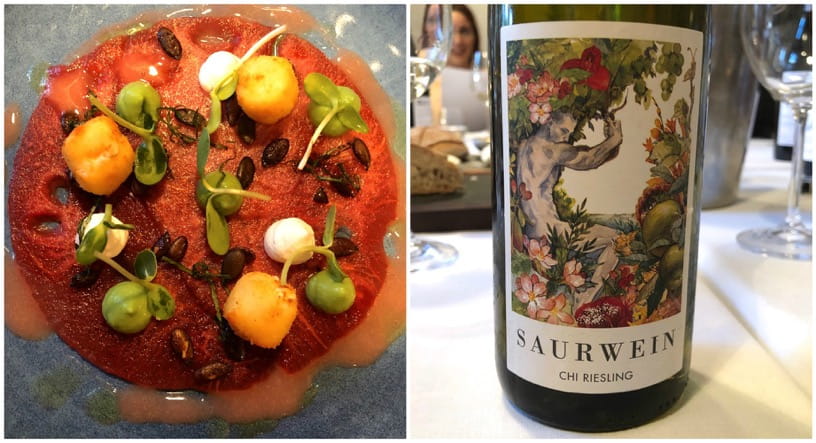 You might think of pairing the rather fancy ‘compressed’ watermelon (a bit like a fruit-based carpaccio) at Jardine restaurant in Stellenbosch with sauvignon blanc - and that would work - but, more unexpectedly, it was really good with Jessica Saurwein’s deliciously crisp Chi riesling from Elgin (which is available in the UK from Swig and Handford Wines).

Faced with a rich seafood dish my mind turns immediately to chardonnay - especially if it’s accompanied, as this glorious dish of hake and shellfish (pictured above) at Vergelegen’s Camphors restaurant was, with sweetcorn, but the standout combination for me was with the 2014 vintage of the winery’s luscious sémillon. Just stunning. (The 2015 and 2016 are quite widely available in the UK)

I toyed with the idea of including the pumpkin fritters and custard we had at lunch at Rietvallei wine estate in Robertson (with the savoury dishes, not as dessert!) which turned out to be a perfect match for their 2017 JMB chardonnay but decided you might baulk at trying it out on your friends. So I’m going - among the many great chardonnay pairings I encountered on the trip - for the braiied cauliflower with za’atar, kimchi and parmesan we were served at Protegé, an excellent new restaurant in Franschhoek. It went particularly well with Chris and Andrea Mullineux’ 2016 Leeu Passant chardonnay (the '15 is at Handford Wines) which proved capable of handling a fair bit of spice. (It was brilliant with the crayfish with curried piccalilli too.) 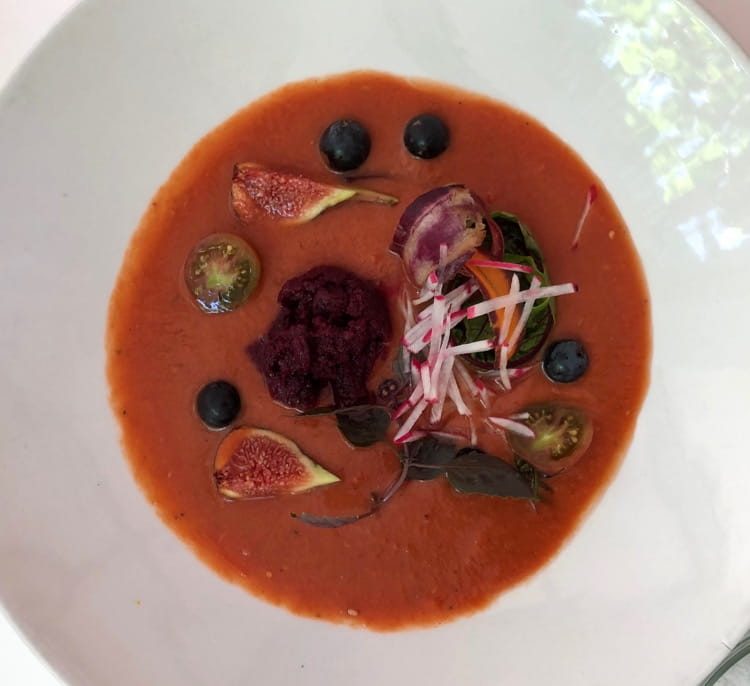 One of three stunning starters we shared at Babel, the restaurant at design-conscious Babylonstoren. It was actually described as a ‘chilled summer Caprese-style soup with Fior de Laatte cheese and beetroot and red basil sorbet' and was just delicious - as they suggested - with their mourvèdre rosé (and with the two starter salads we had too).

8. Seared duck and fig salad and grenache (and pinotage too, come to that)

There are not many red wine pairings in this lineup, I know (South Africa is still more of a white wine country) but the bright, breezy incarnations of grenache and pinotage they’re making up in Swartland are just as good a match for duck as the usual suspect, pinot noir. The two that particularly stood out for me at Bill & Co in Malmesbury were the 2017 Grenache and Pinotage from David & Nadia which are available in the UK from Masters of Malt or by the case from Justerini & Brooks.

The most consistently smashable red I came across in the 10 days I was in the Cape was cinsault which is being made very much in the Beaujolais style. So it stands to reason it would go with a charcuterie plate like the one at Joostenberg’s very appealing bistro (they also have a great deli on site too). The wine - which is made from old vines - is released under the Myburgh Bros. label - sadly not available in the UK at the time of writing. 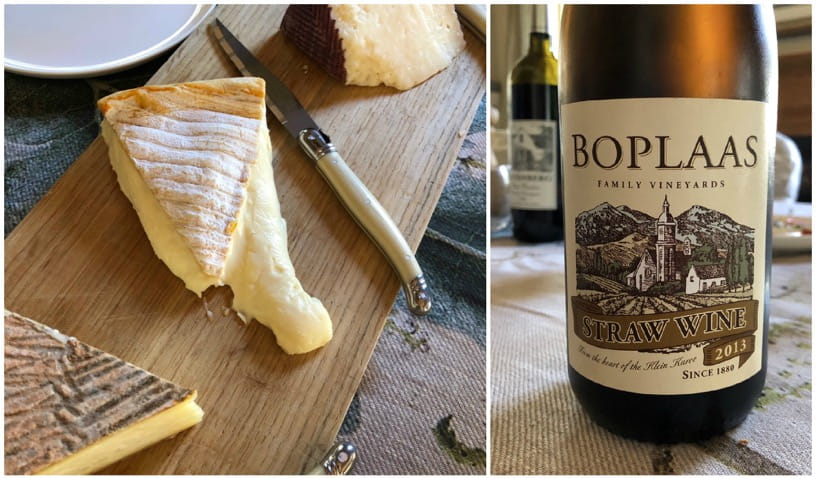 I had some good pairings with straw wine - the grape-based dessert at Camphors again was lovely - but the big surprise was how well it went with cheese - in this particular instance a deeply coloured 2013 Boplaas from the Klein Karoo I had at my Twitter friend @bigbigjoe's. (The cheeses were a local gouda-style cheese called Williston from Langbaken cheeses, a French Vacherrouse and a manchego-style cheese from Spain made from a mixture of sheep & goat milk.)

If you're in the Cape Winelands wineries that do pairings particularly well are Creation, Pierneef at La Motte and Vergelegen’s Camphors. 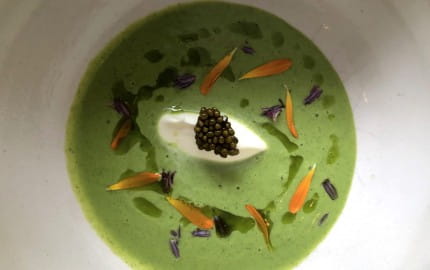