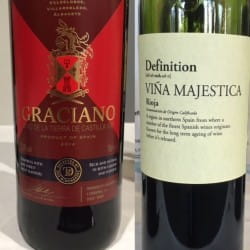 Rioja remains one of the most popular reds in the UK, not least because of its price, and there are two bargains right now that any rioja-lover should snap up.

Majestic has 25% off all riojas this weekend which brings their gold medal-winning* own label efinition|rioja">2009 Definition Rioja Reserva down to £8.99 if you buy six bottles instead of the ‘normal’ price of £11.99 (though admittedly it’s usually discounted to £9.99 on the ‘mix six’ deal). That’s a really good price for a nearly seven year old wine that still shows plenty of opulent ripe fruit. Unusually it’s aged in French and Caucasian barrels rather than the usual - for Rioja - French oak. One for your Sunday roast.

The other is a more unusual wine from Sainsbury’s - the Taste the Difference Graciano 2014 which actually comes from La Mancha, not Rioja, but is made from one of the grapes used in the Rioja region. It’s a younger wine - a deep, exotic, fragrant red that would work well if you were cooking a middle-eastern Ottolengi-ish lamb dish and is fantastically good value at £6 a bottle with a further 25% off from next Tuesday if you buy six. So just £4.50 - a no-brainer really.

I’ll be posting my selection of Sainsbury’s wines early next week so you can take advantage of that offer.

*At this year’s International Wine Challenge 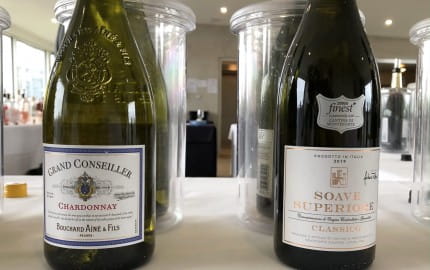 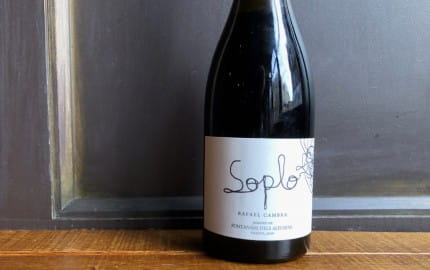