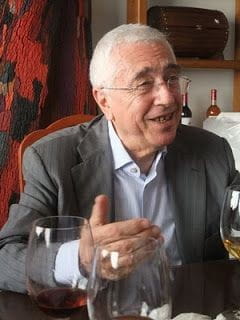 My first encounter with him was as a rookie reporter when I was working for the Murdoch owned tabloid Today back in the early 90s. He talked me through his wines in his mesmerising way unveiling layers of mystery and magic I’d never imagined wine could possess. I fell in love with Musar - and a little bit with Serge - at that moment and have remained fascinated by it ever since.

There was of course the story about how the grapes were trucked over the mountains during the Lebanese civil war which gave his wines a heroic dimension that undoubtedly added to their cult status.

At the time you could buy Musar in Safeway for about £8.99, I seem to remember. I wish I’d stockpiled more. It keeps for years though not everyone approves of the funky edge it develops or its inconsistency not only from vintage to vintage but bottle to bottle - something about which Hochar was totally unrepentant. "I like brett" (brettanomyces) he said emphatically when I interviewed him in the Lebanon four years ago. "Who cares?"

Our visit to the winery was an extraordinary experience. I remember Serge guiding us, wine in hand, round the cobweb-festooned cellars while he challenged us to keep tasting what was in our glasses. "Keep trying it" he urged. "Wine is never the same. Never, never, never."

He was addicted to the unfashionable cinsault which he said brought silkiness and femininity to his wine. Maybe that’s why the vintages which have the greatest percentage of cinsault have always appealed to me most though the cabernet and carignan that are also in this unusual blend add a structure that helps to give it its longevity. (He said cabernet gave it backbone and carignan ‘shape and muscle'.)

Oddly though it wasnt the red that was his favourite but his highly oxidised white, a wine I didn’t like when I first tasted it but which now seems, in the light of the growth of the natural wine movement, simply a wine that was way ahead of its time. It also benefits from age as I discovered when we opened a 2001 at a recent dinner (sadly the last one of that age I have left).

His winemaking ticked all the natural wine boxes - organic viticulture, natural yeasts. minimal sulphur, no fining or filtering - but it was above all the terroir of the Bekaa Valley that he believed gave the wine its concentration, intensity and “unique aroma”. Not that any other Lebanese wine tastes like Musar.

He was a philosopher king of winemaking who made wine fascinating, bewitching and fun. He will be sorely missed by everyone who came into contact with him and by the Lebanese wine industry he did so much to shape. Greatest sympathy to his family and friends.

There's a lovely tribute to Serge on the Harpers website by his friend Michael Karam which explains more about his philosophy and Musar's history. 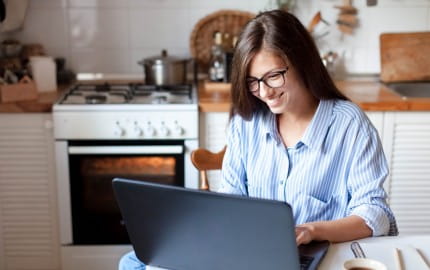