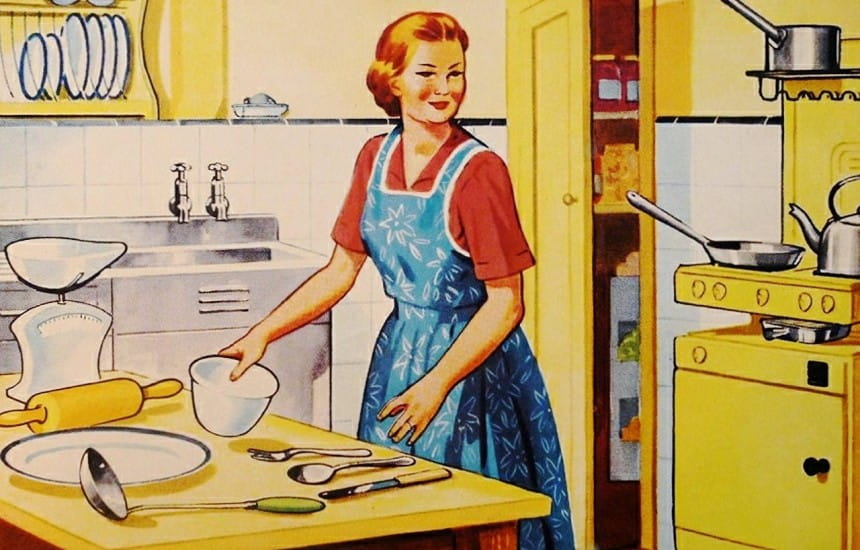 Six of the best ways to entertain as a single

Ever since my husband died two and a half years ago I’ve been grappling with the problem of how to entertain on my own.

It’s not easy. Trevor was as ideal a partner in the kitchen as he was in life: a good cook in his own right, a willing sous who would prep ingredients for me and a much more efficient clearer-upper than I am (my lack of organisation never failed to amaze him).

Cooking on your own can involve the best part of a couple of days shopping, packing away, cooking, laying the table - and worst of all tidying up afterwards. But you don’t (I assume) want to stop having friends round and feeding them so what do you do?

Here are some solutions I’ve explored:

People used to do this more when I was growing up - now we seem to feel we need to give people a whole restaurant-style meal. The obvious advantage of inviting them for a shorter period is that it reduces the amount of food you have to make. A homemade cake (lemon drizzle is always a winner) will do or, to make it sound more enticing, invite your friends round for crumpets or cucumber sandwiches. Sunday afternoons are perfect.

Many of us, and it doesn’t just apply to people who are living on their own, have a tendency to overcater for friends. Nibbles as well as a starter. Three sides. two puddings - AND cheese. IT’S NOT NECESSARY. Stick to a main and a side and buy everything else in. Or make at least one course e.g. a soup, the day before. People are coming to see you not judge whether you qualify for Masterchef.

in other words start with the food rather than the people.

You feel like cooking a cassoulet or a couscous? Invite some friends and neighbours round to eat it (often at relatively short notice rather than weeks ahead) Making that decision first takes the stress out of knowing that guests are coming and wondering what on earth to feed them.

Accept offers to make a dish

Friends would always say ‘What can I bring’ and I would say “Noooo, don’t worry.” Now I accept the offer gratefully. Especially desserts which are a faff and which most people (except me) enjoy making.

This is such a beautifully simple idea I’m surprised it never occurred to me before. The reason so many of us get stressed about cooking is that we take the entire thing on our own shoulders. Share the load and it becomes a pleasure.

As I don't have family nearby I've started a group with some food-loving friends in Bristol to do just that. We plan a meal, 3-4 of us prepare it in the afternoon and their partners and others join in in the evening. The idea is to push ourselves and make dishes none of us has attempted before. A bit like a book club round the stove.

So far this year we’ve done a biryani night and, last night, a Thai new year feast which was absolutely spectacular. Any question that comes up - is that the right consistency?, do you think it needs some more chilli? … you just ask your fellow cooks. Need a hand chopping and someone pitches in. Try it!

Take your friends to a restaurant

Ok, there's always takeaway but you can't pretend pizza boxes, plastic bags and foil containers add to the glamour of an evening. So why not take people out rather than having them in? OK it's not cheap but bear me out.

Just think of the time you spend shopping, cooking and clearing up - never mind the cost. Time when you could - and I speak as a freelance - be working.

I tried this last year with two very good cooks and their partners I'd invited and wanted to impress. Well, maybe not impress, that sounds competitive, but treat to a slap-up supper.

So I asked one of my favourite local restaurants Wallfish if they would do me a deal. We would agree on a menu, we would all eat the same thing (nobody had a food intolerance, happily) and we would bring our own wine (for which we would pay corkage) As it was Friday and they’re good at fish we made it a fish supper. We shared a couple of starters - crab with fennel, apple and watercress and deep-fried skate cheeks, had a spectacular dish of red mullet with a deep flavourful sauce for mains (with chips!) and shared a quince and almond tart to finish.

I’m not pretending it was cheap (£140 + £20 corkage for the five of us but if you take into account the cost of the ingredients and the value of your time it was money well spent (£32 a head including wine if you haven’t done the maths).

You obviously need to negotiate this with a restaurant where you're a regular - otherwise why on earth should they agree - and pay them upfront so your guests don’t insist on chipping in. (It’s your choice to get someone else to cook for them rather than do it yourself after all.) But as an occasional treat it has much to recommend it not least that there's nothing to clear up afterwards.

So I think it’s a question of all of the above. What’s your solution to this dilemma?

Good tips, Trevor, especially the one about inviting more than 2 guests. If you're cooking anyway doesn't take much more time to cook for 4 than for 2.

Great advice (as ever)! Being unexpectedly single again threw up similar issues and I would just add a few personal suggestions.
1. Always invite more than 2 guests. There are inevitably periods when you have to be in the kitchen and the party continues better with a crowd.
2. Plastic plate stacking rings so that you can prepare, and garnish, in advance your cold starters or desserts are a Godsend so that the whole kitchen isn't filled with plates.
3. Cheat! I often blanch a melange of veggies and ping it in the microwave for service to minimise my absence.
4. If someone offers to fill the dishwasher for you, never refuse