I’m always torn about whether to do this. You could argue - as many would - that Tesco is the last company that needs the support of wine writers. That promotions such as this put yet more pressure on suppliers and perpetuate the perception among consumers that there’s no point in buying wine unless it’s discounted. Which in turn disadvantages indies who can’t afford to offer these kind of deals.

So why do I do it? Because not all my readers have a good wine merchant nearby and even if they did might not chose to shop there. (Many still see wine merchants as daunting and only have time for one shop at the weekend which is likely to be their local supermarket.) And even though indies have much better deals than they’re generally given credit for they can’t beat supermarket prices on an offer like this. It makes it possible for people who might not otherwise be able to afford to buy more than the occasional bottle of wine to stock up for a special occasion like Christmas - and with better wine than perhaps they’re used to.

I try and write about good wines from indies too - see my piece in the Guardian on magnums today and posts on the fabulous Wine Car Boot event last weekend. I’m also not afraid to have a go at supermarkets about their ludicrous half price offers - about which I'm sure I'll be ranting again.

But being a wine writer is bit like being an MP. You stand for one party (consumers who are into wine) but, if elected, have to represent the whole constituency (those who aren’t that interested and only buy it occasionally). From the number of clicks and retweets I get on my ‘special offer’ round-ups I know that there’s a demand for them.

So am I right to satisfy it or should I leave it to the supermarkets to plug their own wines? Tell me what you think.

* Here and here if you want to read them - and others under Recent Posts.

Indies and mail order businesses deserve (and need) as much cheerleading as you can muster, but making wine and knowledge accessible to a larger group is really important too. Wouldn't it be nice if being interested in wine was widely seen as any other normal hobby, as opposed to an indulgence drenched in snobbishness?

You never know, Fiona's Tesco tip might be the gateway to new things.

I think you strike a fair balance. You often expose how the multiples manipulate prices. But for example there are deals to be had and it would be wrong not to flag them up. Tesco Finest Pouilly Fume for £5.99 under the current promotion cannot be ignored. 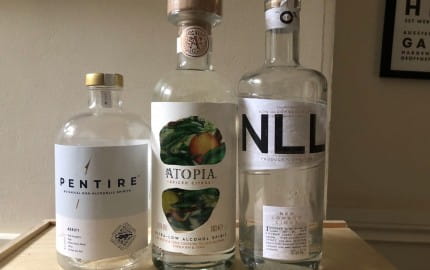